I don't really like "continuous days" as a metric. Most gamers eat and sleep, at the very least. Here's a different comparison. If you work (or play) 40 hours a week, 50 weeks a year, that's 2,000 hours. So a number like D4fkLigh7's 5827 represents almost 3 years of full time work play work.

And I really should stop buying bundles... 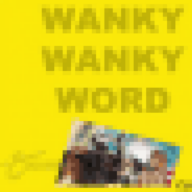 86 games (Give or take some Free to play games I play, like Vindictus and Warframe), and some of them I haven't even started..... Let alone the fact that some of my games are in Genres that I'm kinda... unskilled in (Europa universalis III, Dawn of War, Mark of the Ninja)..... I have a feeling it would take a REALLY long time for me to get through my library

-Fight in the Falkland War 1 time.

-Watch the entirety of Star Trek (all TV shows and movies) 2 times.

-Travel from America's coast to coast in a car 30 times.

-Watch the entire Lord of the Rings trilogy 141 times.

Not as bad as I feared, but it's still a hell of a daunting task.
D

Welp, I always did want to climb Mt. Everest...50 times. Or ride the Titanic 105 times (which actually might be fun if I was prepared for the inevitable

4077 hours. Why I don't even have it installed anymore. That number was only gonna go up.

With that time, I could perform heart surgery 92 times.

I don't buy all that many games on Steam.
B

Though to be fair about 30% of my library are non-steam games, some of which are also not finished while others are. After adjusting for those it's closer to 100 hours, assuming the finished to not finished ratio is roughly the same as for the steam games.
Still, knowing I've put over 800 hours into a single game more than once it seems perfectly manageable.

EDIT: they've missed a golden opportunity for a gag though. Something like this:

"It would take 5744 hours to complete your steam library."

"In that time you could also:"

And I really should stop buying bundles...
Click to expand...

I think we have a winner ladies and gentlemen!

Mine is fairly big, but nothing compared to erbkaiser.

Also, have seen people with ridiculous numbers that I don't believe (24k hours +).

Cool, none the less though, at least in concept.

Ugh. I never liked that Ars Technica article. The stats therein aren't nearly as useful as one might think because of the overly broad or limited criteria with which they used to gather their data.

36% of all owned Steam games go unplayed? Okay, and how many of those games remained unplayed after they were accounted for during their research? How many significant sales did their research timeline coincide with? How many games were played prior to the implementation of the Steam game-time stat tracking system? How many were played offline, leaving their stats untracked? How many were cheap or free games added to smurf/scammer accounts? Why did they look at over 170 million accounts when there are only around 100 million active accounts? (millions less at the time of their research)

It's an interesting statistic, but it leaves more questions than answers. And granted, Ars admits to some of these flaws in the article, but that doesn't really negate their existence within the methodology.

Anyway, this SteamLeft seems like an interesting site. However, given the rash of recent scamming, phishing, hacking, and hijacking attempts on Steam users, I'm hesitant to give out public data on my Steam profile. This is why I still keep it set to private.

I have a couple MMO's on my account you can't 'beat' those.

pretty sure it'd take longer then that with those MMOs, even if the contingent was 'clear all the quests'.

Enough time to fight the Falklands War 1 time... er okay then, bit of a grim example there 0.o

This does seem like a lot to me as my steam backlog is not as big has been in the past. Probably does not help that I have a a lot of rpg's on the backlog and that's saying nothing about if I added the games I have on gog.com.

Another example got was I could watch the entire series of FRIENDS 14 times. Given how often that show is repeated I'd say there is good chance I've already done that

Not bad. I do try to finish most of my games. Besides, some of those are from Humble Bundles in which I only had the intention of playing one of the games.


That's comparatively small compared to some in this thread.

Silentpony said:
See if you factored in games that you shouldn't play, like those crap indie games or early access or shit thrown in bundles you never wanted, I imagine you could cut your accumulated backlog time in half. I mean I have The Bard's Tale, Gone Home, Supreme Commander 1&2, Fallen Enchantress and probably a dozen other shit games I got in bundles that I bought for different games. I'll never install them, let alone play them. And I'm not going to feel a moment's guilt over that 'loss'.

Play the games you want to play, not the ones you feel obligated to. Nothing ruins a game faster than feeling like its work.
Click to expand...

No love for the Bard's Tale?

Cmon man that's where we got the glorious beer song!

Pfft, we'll see about that!

Which as it happens is only 3/4 of my time spent in Guild Wars 2 (yeah, I know, too much free time the last few years).