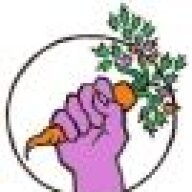 I don't understand how I would need to argue that at all.

And if that isn't your argument, then sex even healthy sex does not always have to be about love. It can be about two people mutually using each other for enjoyment. Is that really such a bad thing?
Click to expand...

Quite a few psychologists, anthropologists, and sex therapists would argue that purely utilitarian sex outside of a respectful relationship is not only not optimum but dangerous, usually for the woman.

Also we relate to people all the time through a screen. It's why the end of Saving Private Ryan with an old Ryan in a graveyard can make people who have never seen war or known hardship: cry. It's why when a cartoon lion loses his father, in a horrific way we can feel bad about it.
Click to expand...

Of course they aren't - I'm just saying that the argument, "Might as well make depictions of it if people will do it anyway" is a really weird one.

The legal definition includes being drunk while having sex as mutual rape. So that does not surprise me at all, and I would hardly call it rape in most cases.
Click to expand...

Actually it doesn't, but if it helps you to believe that, then okay.

I don't understand how I would need to argue that at all.
Click to expand...

Because it sounds like an argument you're making and it's patently untrue and a sexist generalization.


peruvianskys said:
Quite a few psychologists, anthropologists, and sex therapists would argue that purely utilitarian sex outside of a respectful relationship is not only not optimum but dangerous, usually for the woman.
Click to expand...

Yes and quite a few chemists, biologists, and doctors would argue that macroevolution is a lie against God. And there's a reason I can say 'quite a few' but I can't say a plurality or majority or 'most.' Because most everyone disagrees with them. Just like the vast majority of psychologists, anthropologists, and sex therapists would disagree with your 'quite a few.'

And the only way such a relationship could be 'dangerous' is if you were out in a seedy bar picking up random dudes/women. You can have an active sex life without picking up strangers. Some people are stupid and swim out into rip tides and then drown. That does not make swimming a super dangerous idea. There are smart ways to do things and there are stupid ways.
Show hidden low quality content
You must log in or register to reply here.
Share:
Facebook Twitter Reddit Pinterest Tumblr WhatsApp Email Link
Top Bottom