Jimquisition: Why the Wii U May Have Already "Won" Next-gen

The Cool Kid said:
You have a serious attitude problem.
Click to expand...

And look at all the fucks I give.
You have anything RELEVANT to add, or are you going to just wag your finger at me some more?

The Cool Kid said:
How's that attitude working out for you in r/l champ?
Click to expand...

Yeah, that's what I thought. Nothing relevant. 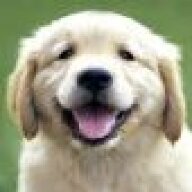 J Tyran said:
There is no need to have "smart" functionality built into the TV...
Click to expand...

They're putting it in there because the chips which can handle smart software, and the chips which can only do the dumb stuff like help you change channels, are almost the same price now thanks to improvements in technology. So they figure "Eh, it has the ability, might as well throw it in." I don't fault them for that.

It's the same deal with 3D. Once a TV has lower than a certain refresh, the cost to add 3D capability becomes minuscule. They might as well through it in since it's practically free.

However, people are diluting themselves if they believe that smart TVs and 3D are the wave of the future that's going to own the market. They're just another feature and they'll be pretty mundane soon.

Blah blah, antagonism and pretension.
If you care that much, tell it to the mirror.

Dreamcast died due to a bad line up and too high a price point. Wii U will be hurt by exactly the same issue.
Click to expand...

They also kind of launched into a market dominated by Sony, who offered more and better for less, and was less than two years from a new system with backwards compatibility.

Which combined with a weak lineup, was analogous to rolling around on a barbed-wire mattress, covering yourself in raw steaks and jumping into shark infested waters.

Yeah Sega was kinda stupid.
Props to them for breaking Nintendo's monopoly, but they obviously could not last.

As for the WiiU. I'm not confident in its long term strength.
Of course, I said the same thing about the Wii, and at least in the states, price initially wasn't an inhibiting factor due to the shortage.

The question I'm asking is if the lightning will strike twice, and will the WiiU launch as another fad with little to no core games? Or will it arrive with a magnificent thud as the 3DS did?

The Cool Kid said:
From someone who works in the real world, you want to curb that attitude as it won't help you get anywhere. Just a friendly reminder.
Click to expand...

Mate, I already do that. I go online to blow off steam.
Probably a bad place to do so, but it's what I've got.

My work includes dealing with and educating the public, so as impossible as it is to believe, I am not a colossal anti-social asshole offline.

But goddamn did you catch me on a bad day, amidst a bad week.

I'll give this a rest if you stop trying to talk down to me.

The issue with the PS3 was a high price point and small line up but at least it had bluray and a few good, well established exclusives unlike the dreamcast which had just Sonic as an established franchise. I would say the only competition for Sony at this point, and vice-versa, is MS as the Wii is not for the same market as the PS3 or 360 due to the vast differences in releases on the consoles.
Click to expand...

I agree with all of that.
Though I will add that in recent years, Sony is losing it.
Their gaming division is their one department in the black, but after the Vita, I'm left questioning their direction for future consoles.

At this stage, the right competitor could come in and make serious trouble for Sony and Nintendo in the western markets. Who that could be, I dunno. I have many guesses but all of them fairly wild (Apple, Valve, that new cheapie console whose name eludes me now.)

I agree that the WiiU in the long term doesn't look strong:
1)Most of the line up is already out or will be out on existing consoles.
2)Hardware means if the next MS or Sony consoles come out in 2013, the WiiU will be last-gen in one year. In a recession who wants to spend $300 on last gens tech? The Wii U I doubt will have the same success as the Wii as it's no longer a "cool" accessory; pads and phones have taken over that market, and with many a wii collecting dust in the living room, parents & kids will be hard pushed to replace a dust-catcher.

I think it'll go the way of the 3DS without the massively increased sales after a price drop.
Click to expand...

That much falls in line with what I'm expecting.
The WiiU is going to play catch-up on the last generation, but at that point, why even bother?
The market is saturated, and you can already see people eager to pack up and move on.
Hell, PC Gaming is on the rise again, and it's looking much stronger due to MS and Sony dragging their feet.

dbenoy said:
However, people are diluting themselves if they believe that smart TVs and 3D are the wave of the future that's going to own the market. They're just another feature and they'll be pretty mundane soon.
Click to expand...

Good technology always becomes mundane, ground breaking things that people believe will change the market forever often tend to be gimmicks. Smart TVs will eventually worm their way in like smartphones have, sure they will be mundane but thats the whole point. Smartphones are mundane and an every day item, in 5-10 years streaming digital content from the internet and between other devices you own will be the norm too. It will take a little while as people gradually replace TVs they have bought over the last few years, TVs are not something most people replace on a whim so they tend to stick around until they break.

I think Blu Rays days are numbered too, almost the same as when mp3s largely replaced CDs. Content will be digital rather than a physical medium. Look how much better services like net flix are over renting DVDs, instant access to a much larger library and you can watch as many titles as you want and dont have to travel around picking them up.
I

Jim may be right about this. Now if only Nintendo would put out some games for the Wii U they'd be good to go.

I still haven't decided what console I will buy. IF I buy one..

Though I probably will buy a console and a few games.

I am waiting now to see how things are progressing. To much is yet unsure, this last week.. was CRAZY! I have heard much to little about Sony.. I am not joking what is Sony hiding?

At least I know the WiiU, a bit.. and I know Nintendo a bit.. still I mean they definitely need those games.