Aniplex USA released a trailer for the English dub of Kill la Kill and a list of the full cast, bringing in both newer and veteran voice actors. The three-minute trailer gives both a summary of the anime's plot and clips of the voices.

Erica Mendez (Aladdin in Magi: The Labyrinth of Magic) plays Ryuko Matoi, a vagrant high school student who's looking for the person who killed her father. She comes face-to-face with the student council president of Honnouji Academy, Satsuki Kiryuin, played by Carrie Keranen (Mami Tomoe in Puella Magi Madoka Magica). Armed with only the scissor blade left from her father, Ryuko decides to go through Honnouji Academy to find answers and revenge. The rest of the cast is as follows:

Comparisons between the original Japanese and the English dub are inevitable, so what do you think of the English cast?

As I mentioned in a related thread in OT, I am pretty ambivalent. I didn't expect much to begin with, however. It's an incredibly difficult anime to dub, I imagine.

All things considered, Nonon is perfect. That's about it though.

Not as bad as I expected actually, then again I'm surprised that this is getting a dub at all. I mean it's a fucking awesome show and all but it's really.....out there, y'know?

Not digging Senketsu though, he sounds too young for my liking. 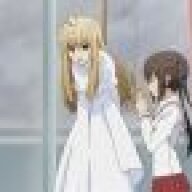 Aaaaaaah its so weird! But then again I've never got on with dubs. The cast certainly sounded competent enough, so that'a good for the people who don't like to watch subs.

I think maybe some of them don't sound ridiculous enough. I mean, this is a show whose very foundation lies in complete over the top madness; if characters like Gamagori aren't screaming enough to be nigh on incomprehensible then it's not going to keep up with the nonsense on screen!

"The uploader has not made this video available in your country"...gee thanks.

Saw this one subbed and found it pretty entertaining. 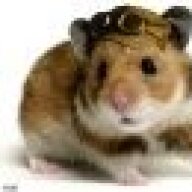 Having gone through the original subtitled Crunchyroll feed, there were clearly going to be challenges bringing it to the States. It was this previous season's "Attack on Titan"; you didn't have to see it to at least be aware of it. On the one hand, there's clearly a demand for the title. On the other hand, it's so ludicrously bombastic that anyone dubbing it will have their work cut out for them.

That said, from the various quotes in the trailer, I'm not fully confident in it. There are voices you can't "unhear". For me, it was Gamagori as a exasperated Garrosh Hellscream, Nonon as Peacock from Skullgirls (though she initially sounded like Haruko from FLCL), and Uzu as a male blood elf. I'm more interested to see how they do through the series as a whole. Judging someone's entire performance on a 10-15 second clip isn't fair to them, but it's the sort of thing that comes with just about every domestic dub. 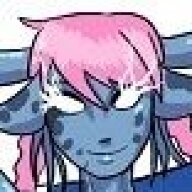 Fappy said:
As I mentioned in a related thread in OT, I am pretty ambivalent. I didn't expect much to begin with, however. It's an incredibly difficult anime to dub, I imagine.

All things considered, Nonon is perfect. That's about it though.
Click to expand...

Ya, I read the list and went 'voice of Jinx...? I can totally see that' and then the clip of her, I pretty much went 'yep.'

I've seen a few episodes of this in one of the video rooms at Fanime last weekend and it really is too over-the-top to not watch, even out of morbid curiosity. Good to see the team behind Gurren Laggan back behind another series. I was expecting a higher pitched voice for Ryuko, maybe even the same woman who was Yoko in GL. I honestly had no idea how her uniform would sound in English. Sounds like I should catch up on Crunchyroll.

EDIT: Judging by the many girls in costume as Ryuko I've seen around Fanime, this series is already popular Stateside. And yes, there was one gal dressed as Ryuko in "Battle Mode".

Some of them are pretty good, but others are kinda meh. The Elite Four are good, especially since Sarah Williams as Nonon seems to be a match made in heaven. Senketsu's voice is also pretty okay, but not amazing. Not really liking Ryuko's, Mako's, Satsuki's voices, though; Ryuko doesn't quite seem to have the level of attitude I expected, and Satsuki's voice isn't as booming as it should be. As for Mako, Christine Marie Cabanos doesn't quite have the energy to pull it off, though I do think her voice would be perfect if she did.

Of course, this is only a trailer, so it may not be indicative of the full series. I actually kind of want to check out the dub to see how it plays out.
K

I still hate this anime with a great passion. Story telling is weak and the character development is mostly weak. Bad anime is still going to be bad anime.

Well, the characters with loud bombastic speech sound as I expected. Senketsu's voice is the only one I'm worried about, cause with a voice as soft as..... his now, you're really going to have to sell it in the personality department.

I'm still more or less shocked THIS got a dub. It's pretty "out there" compared to the rest of last years stuff. Then again Toonami has been more strict on bringing what's popular and over the top, so I expect to see this show up replacing a time slot soon.

Do we really need this tasteless anime dubbed? Ugh...

For the most part the dubbing seen alright/ good (Nonon and Mako), the only one I don't like at all is Satsuki (not exactly deep to the original).

Well Nonon and Maka seemed alright, you can usually tell how good a dub will be by how well they pronounce the names and they seemed fairly good here. 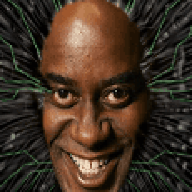 How bad is it? I haven't watched it, but I hear horror stories. Mostly about it being excessively rape-y.
K

I hope she can finally find out who put her father in jail if you know what I mean. (^_-)-&#9734;
Anyway, it seems pretty good as far as dubs go. Nonon sounds perfect while everyone sounds more or less in character. Should be a good run overall due to the series popularity...
I kinda wanted to hear Ragyo's voice though, who the heck are they gonna get to pull HER off? 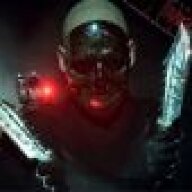 How bad is it? I haven't watched it, but I hear horror stories. Mostly about it being excessively rape-y.
Click to expand...

sounds like you need to get yourself some new sources, there is only one character that commits any kind of sexual offence and it's the Primary villain. There is lots of fan service however, Just in case you couldn't tell, although it's incredibly well worked into the plot and by the end you won't even notice it. the biggest thing they show has going for it is how insane and frenetic it is. pretty much every single episode is like the finale of every other show.

I was really impressed by any of the English voices, a little disappointing because I always enjoy it when I don't have to keep taking my eyes off the action to read what they are saying. senketsus voice was absolutely terrible for the part, if it were me I would have tried to get Michael Ironside since he has the perfect voice for the character.

anthony87 said:
Not as bad as I expected actually, then again I'm surprised that this is getting a dub at all. I mean it's a fucking awesome show and all but it's really.....out there, y'know?

Not digging Senketsu though, he sounds too young for my liking.
Click to expand...

Likewise. Also kind of wish Satsuki's voice would be more booming and Ryuko's would have more attitude. Seems ok overall though I guess.

When getting so used to the Japanese audio, dubs always sound super wrong, sometimes more than others. Couldn't really make it through the trailer without cringing. I really wish they would do real casting and try and get someone closer to the original voices rather than just pulling names out of a hat of the 10 people who do all voices in anime dubs. I still hope Adult Swim picks it up but I'm not sure if I'll be able to stand the dub.

It's like they only hire voice actresses with cutesy higher-pitched voices and they simply can't pull off Satsuki or Ryuuko. The rest isn't actually that bad, but pretty much all of your effort should go into getting those two right, if nothing else.

I'd love for this to be included in the DVD extras