A last farewell to Commander Shepard.

I think with the new extended endings they did the best they could have done given what they had before.

The star child still irks me to no end but atleast now the endings make sense. For example they changed the way the mass relays "explode" and they also show how the galaxy rebuilds after the war.

And the endings carry alot more emotional weight then the original endings ever could wich is nice.

Thought if they had done this from the start they could have avoided this whole debacle to begin with... shows that bringing a saga to an end deserves the extra bit of work and effort put into the ending.

Well put, I know some folks still won't be happy, but after saying goodbye to Garrus (he told Amanda Shepard he loved her! That's when the tears started and didn't finish till after the credits) and hearing more details about the galaxy changing choices I had to pick from, I finally felt closure.

Was it prefect, no, perfect would have been Amanda and Garrus somewhere warm and tropical living off of the royalties, but this came damn close!
E

Personally, for me the extended endings are too little too late. The Mass Effect series used to have a special place in my heart. I cared about the characters in a way that no other game could ever pull off. But now every time I think about Mass Effect now I just feel an empty void in my stomach and I get depressed. The endings still feel contrived and undermine the entire purpose of the third game gathering the galaxy to defeat the Reapers. I just can't take anymore drama. "sigh" guess I just need to put it behind me.

My problem is that the new endings would never be as exciting or as cool as the indoctrination theory. As I tweeted to Grey, nothing can beat a mountain dew fueled conspiracy theory.

I was right for the most part the new endings with the plot holes dry walled and patched just doesn't leave me disappointed but it doesn't excite me either.

Now that the ending is out I would like to see Casey Hudson give a play by play on why this video is completely wrong.


Like why are the piles of bodies next to the pillar of light, why are the dead bodies wearing the same default armors as Ashley and Kaiden.

Why you see the oily shadows during the confrontation with TIM and Anderson. Why when you shoot Anderson you are then wounded and why when you reach the top of the light you arn't wounded anymore?

There are tons of tiny details that are still left unexplained and I would really like some answers.

I haven't gotten to see the extended endings yet (I'm doing a full playthrough up to it - one that I was planning on anyways but decided to put off when I heard about the EC), so I only sort of skimmed through the article to pick up your general impressions.

But I have to say I'm glad to hear such impressions coming from you, as it sounds like it will address most of my concerns with the original ending, and I find that you tend to resemble a rational human being a much larger percent of time than is normal for a person on the internet.

I'm sure the rest of the internet will continue to parrot through the same old tired bullet points that always come up when someone mentions ME3 (yeah, we get it, there are three colors, haha, now seriously stfu about it already), but its good to know there's at least somewhere on the internet where rational thoughts about the whole thing can be had.
N

I still don't really like the endings as they are.
It might be because I can't replicate the experience I had the first time and that experience was ruined.


It's nice to see that the galactic civilization shepard fought for, isn't ruined because the relays are only damaged.

While they show how my squad gets back on the normandy, it still doesn't make much sense.

And I think that they missed some potential with the new refuse ending, it would be great if you could still win with enough assets. (I have only seen a youtube video of this ending, correct me if it's possible to win with the refuse option.)

Overall, it provides some closure and I think there wouldn't have been as much damage, if the game ended like this before.

Refusal ending was wore than the original ones. The others are fine though. Not perfect but good enough.

That's all we wanted, wasn't it?

It plugged some plot holes at least and did not open great gaping ones elsewhere.
Still has a metric fuckton of them dont get me wrong.

But I dont HATE the ending, it at least gave me the feeling everything I did accomplished something.
And that did fix one of the problems I had with the ending.

I did get a kick out of telling the Catalyst off though.
Still is a total author avatar though.

Karadalis said:
I think with the new extended endings they did the best they could have done given what they had before.

The star child still irks me to no end but atleast now the endings make sense. For example they changed the way the mass relays "explode" and they also show how the galaxy rebuilds after the war.

And the endings carry alot more emotional weight then the original endings ever could wich is nice.

Thought if they had done this from the start they could have avoided this whole debacle to begin with... shows that bringing a saga to an end deserves the extra bit of work and effort put into the ending.
Click to expand...

The EC endings gave me much more comfort than the originals. And even more so, it allows us to see just how the Mass Effect universe could continue. Which I view as a big plus.

good article and I agree im content with it.
T

Amen. Bioware really did deliver on their promise to bring closure to the story.

I never thought of the Extended Cut ending as a chance to say goodbye to Shepard myself, but now that you bring it up, that was a big thing that was missing from the original cut of the ending.

What I thought was really missing from the original ending was "Emotional Closure" and with the additional scenes I felt the Extended Cut gave me that. Sure there are still large plotholes, but I'm okay with that, there are always plotholes.

I have to ask why Joanna? I chose that name for my Shepard due to Perfect Dark and now I cannot finish the article until I know why you chose that name.

I only wish the refusal ending had a rundown of the war and everyone fighting until there was no hope and then the bit with the making the warning.

As the general idea is these are better but for some reason on some level they feel incomplete. Maybe it was just a lack of foreshadowing. Perhaps if Mordin was going to use the mass relays to cure the krogan or some other hints to show things like this were possible.

I have to ask why Joanna? I chose that name for my Shepard due to Perfect Dark and now I cannot finish the article until I know why you chose that name.
Click to expand...

Same reason, my friend. In honor of Joanna Dark.
R

Mcoffey said:
The endings still suck. Now they only suck less. Atleast this shit is done with.

Also anyone else feel the refusal ending was Bioware giving a big "fuck you" to the people who called them out on the original shitty endings?
Click to expand...

Well the refusal simply takes what the player could expect to happen and makes it happen. The crucible is the last chance of all the galaxy and is the only thing they have left going for them. The last plan hinged on it, and that is where everything was amassed. You were given choices on how to fire it, but if you choose simply not to use it, the Reapers will continue to curbstomp the galaxy as they had been, regardless of how much military effectiveness there was. What else could be done? All that military might was only covering how well the crucible could be protected. Pushing back and defeating the reapers? Wasn't ever a remote possibility, which is why the crucible was made.
R

Mass Effect 3 Reminds me of the Missile Command episode of Extra Credits (man i miss that show). The mind can only get so much of a grasp on fictional depictions of larger scales. When you are dealing with a large enough group being influenced, you become farther removed from having actual feelings about it. Having a game with a good/evil choice of "here's a world destroying button! press it?" doesn't feel like an interesting choice because it's hard to relate to that sort of scale. But "here's a button to destroy a city," or a building, or even a room of people feels alot more realistic and you can wrap your mind around it. Mass effect goes from being a space cowboy dealing with pretty smallscale issues in one and two (save for the finales of course) to suddenly having decisions affect planets or, indeed, the galaxy. I have an issue with Star Wars: The Old Republic doing this, too. A mere side quest, easily skippable, ends up resulting in you saving half a planet, or patching a hole in your defenses that could have led the entirety of the enemy to cripple your forces on the planet, or plans that would have brought them to the home planet of your side. Not necessarily things with choices, but still too large scale for the results of side quests. Anyway, point being, sudden large scale stuff is kinda weird to have especially when you're supposed to relate to your avatar.

Hmm, I do look forward to checking out the expanded endings. Mass relays blowing up kinda implied to me that people wanting to get back to their home planets were kinda screwed for a while, but i guess that's not the case. Or maybe they make new ones, I dunno, I still need to play it. I will say this game did do a good job with inter-companion...um...interactions. Wrex and Garrus shooting the shit just gets me giddy. Or when Sheperd and current flame Tali are making assorted innuendos next to old flame Liara, classic. Really anything with Garrus was pretty awesome, because he is, indeed, awesome. 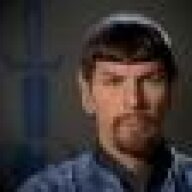 Susan, I was wondering what you thought of the EC. I thought I was going to have to wait until the next podcast, but I am very happy to see a special article on your thoughts! And even more excited to see that I agree with everything you said

Another thing the EC did was validate my choice. On my first playthrough, I picked Control simply because it was the "Paragon" choice and so the choice felt weak. However, the EC made the choice for Control feel more organic, like Shepard taking the StarChild's place was the natural evolution of the character, especially the character I built who wanted the best for everyone regardless of his own fate. I really appreciate that they took the time to make my decision feel real. I just don't understand why they didn't do that to begin with.
Show hidden low quality content
You must log in or register to reply here.
Share:
Facebook Twitter Reddit Pinterest Tumblr WhatsApp Email Link
Top Bottom