Great review Jim, it's nice to see someone else share some strong points that I've also felt for this film. The thing I applaud Alien3 for most it's unique expression of atmosphere and emotion. Alien had discovery and shock, Aliens had anger and defiance. Alien3 came full circle with sorrow, and finally resolve.

Whilst Alien I regard as the best film, and one of the greatest of all time, Alien3 will always be my favourite.

You make some good points, but it lacked the spark of the first two.

And I think they could have had their cake and eaten it too in terms of not making the dramatic rescues of Aliens completely pointless, but showing that the aliens always win in the end: having one of Hicks or Newt die, and the other survive. For emotional impact (and so as not to derail the atmosphere by tossing a sassy kid into a grim prison planet) I'd suggest they off Newt. Ripley can experience loss, and it won't be such an obvious "we couldn't get the actors back" slate wipe. Hicks could die later on in the film.

All in all, however, I think that mostly people's memory of the modern Aliens films is so soured by the shitfest that was Resurrection that some of that bleeds over and taints the third installment, as well. 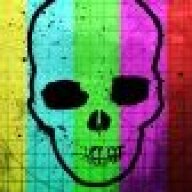 [sub]Note: the following is written by someone who has only seen the Assembly Cut (which is reportedly far superior) and thus may not necessarily apply to the film that the majority of viewers has seen.[/sub]

Oh wow. You are right on the fucking money, Sterling. People hiss at me and pelt me with rotten fruit and vegetables and finally shun me when I tell them this is my favorite installment of the series. The film first expands and then brutally finalizes the exploration of the franchise's central themes, and even taking said themes to areas that are so far outside of Scott's* and Cameron's range that they couldn't have even dreamed of them--this is not even taking into account the additional dimensions (the religion angle, for instance).

Have my baby, Jim Sterling.

EDIT: One minor correction: To my best knowledge, there is no Director's Cut; the improved version is called the Assembly Cut because Fincher had little to no involvement and it was done by either the editor or director of photography (I forget).

[sub]* That's not a jab at Scott. Though he's immensely hit & miss (let us never again discuss the Lost crew's anti-science embarrassment that was Prometheus), he's still the man who made motherfucking Blade Runner[/sub]
P

great new show Jim, the only complaint I have is that I have to wait 2 weeks between episodes. yet another good addition to the escapist, hope this works in the long term. 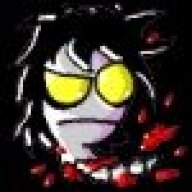 Rabidkitten said:
Good luck, cause I got a brick of text to tell you why every nice thing you have to say about 4 is wrong.
Click to expand...

You are aware that anything bad you say about Alien 4 can be countered with "Ron Perlman is in it!", right? 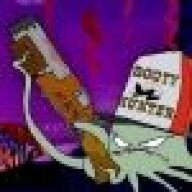 I always like Alien 3. Although it is one you have to be in the mood for. Best of the series? No, that for me will always be Ridley Scott's classic first masterpiece. Possibly the scariest movie ever made. And with such a fully realized near future world of dirt and grime and wear and tear.

Awesome video, I thought Alains 3 was alright myself, but I never thought too much of the Alain movies to begin with, though I did very much enjoy prometheus.

I like both episodes so far.
Hopefully this series stays solid.
R

I'd like to see him do Resurrection at some point =P Not a lot of defenders of that one.

While Alien is my fav of the series (best horror movie hands down period) Alien 3 does have my favorite single line of the series. People quote Aliens left and right, but that's just cuz they're general and or funny lines that can be applied to a verity of situations, which kinda robs them of their meaning in context. But the best line of the series belongs to Alien 3 in one of Ripley's last words:

"You've been in my life so long I don't remember anything else."

Chills =^^= I mean consider how long this woman has technically been alive considering all the sleep pods she's been in, and the nightmares that must have plagued her in those dreams as generations passed. Her entire life has come and gone while she slept through it, all because of these things and in the end she has nothing else. Nothing else but them.

Personally, I think the worst film in the Alien franchise is... Prometheus.

Huh, never knew Alien 3 was considered bad.
I would love to see how Jim defends Alien 4. It`s a movie i can watch but compared to the first three movies it doesn`t look good and for the most part it felt disconnected and odd. To me Alien 3 was the counterpart to the second. No marines with heavy guns shooting aliens down, just one hunter and it`s prey.
D

I'm a huge fan of the Alien series. As usual I agree with Mr. Sterling. I thought that Aliens was a step in the wrong direction honestly. LV-426 seemed desolate and mysterious which gave the entire film a sense of foreboding terror that it had lost in the second movie. I thought that Alien 3 recaptured that feeling both with the setting of Fury 161 and--as Jim stated--the loss of every key character in the movie.

I found it odd that you picked this as the first movie to defend, I wasn't aware that many people harped on it. From a story perspective, I agreed with most of what you had to say before you had said it. My only issue with Alien 3 was the change from the first two, where they didn't show the aliens off too much, except near the end of Aliens. You see the xenomorphs constantly in Alien 3, which I felt was a huge mistake. You could have easily got the point across that it's evolution was based on what it spawned from without the goofy ass runner alien CGI.
J

The points are all true. And I liked Aliens 3--I caught it when it first came out on video (I was too young to watch it in theatres at the time), so the crap CGI never bothered me. I saw it again when I was older, and yeah the CGI was bad, but the movie was still good.

The only way that Alien 3 was a major standout from Alien and Aliens was its depth. And character depth was never the driving force behind the concept of the franchise. The alien is the title character. The alien is the star. The alien is what we all came to see. And there's no denying that their decision to use CGI (which, in the pre Jurassic Park era, most of the time made everything look like the goddamn Lawnmower Man) made the star of both previous movies look like shit.

In a sense, it's a fate worse than death by violent chest-birthing; at least the dead colonists were mangled with a sense of meaning, not because some producer jumped on the "CGI does it better for cheaper" bandwagon WAY too early.

Now, you could argue that each movie takes a completely different approach, and you wouldn't be wrong: Alien was essentially just a schlocky sci-fi horror movie, Aliens was a sci-fi action flick, Alien 3 went back to the horror angle but re-did it with more depth of character, and Resurrection was a failed first-attempt at a 'space cowboys meet prodigal woman who the higher powers have been experimenting on' concept that eventually turned into Firefly.

No, you wouldn't be wrong about the different themes. But all the films were called Alien. All the films featured members of the same family--Paw Alien in the first one, Ma Alien in the second, the Aliens' dog Old Yeller in the third, and the Aliens' freakshow cousin who's the product of severe inbreeding in the fourth. And fucking up the alien in an Alien movie is like fucking up the meat in a hamburger: Yes, you could scrape off a patty that's been way over-cooked to mask the fact that it's been off for about two days, and the rest of it might be an otherwise quality sandwich--but it's not a friggin' burger anymore, is it?

So yes. Good movie. Not the best. 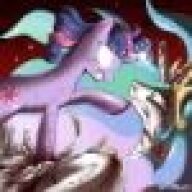 Jim Sterling takes famously "awful" films and sees the good in them.

I discussed this with my dad, and I think his response is much more poignant than anything I could write.

Wow - In all his Artsy, Craftsy ranting about characters and ultimately LOSS, he neglected to mention the LOSS of a reasonable PLOT! Discarding characters from the previous movie and turning Ripley into a Butch Dyke just didn't sell. Yeah, it had the Monster Movie Thrills - Who Dies Next and Where is the Monster Now, but the whole thing just seemed to be short vignettes strung together like beads on a string, but without any coherent plan or plot line.

And as Stupid as Aliens 4 was, it had all the Monster Movie stuff + a Silly, but at least developed PLOT. And some of the Characters were developed in that one and the twist of them experimenting with Riply's DNA to try to reproduce the monster while cloning her at least provided some gruesome scenes.

Sterling also seems to forget that the Alien Movies were Science Fiction Monster Horror Flicks, not serious Art. And he might as well talk all Artsy about Prometheus which was a real disappointment. Lots of Moody Character development like Sterling apparently likes + a kind of Plot, but the SCI-FY Horror concept just seemed tired and boring. AND THAT'S WHAT THE AUDIENCE WAS HOPING FOR - More Monster Thrills. Instead we go the most BORING HORROR FILM OF ALL TIME and IT WASN'T SCARY - Not Jump in your Seat SCARY, not Screaming Scary, just BOREDOM!
Click to expand...

Your understanding of Alien is phenomenal. And that sometimes there is victory in defeat, as we saw with Ripley trying to take the gestating queen with her.

That said ... I was (as an immense Ripley fan - I have an 8 month pregnant wife who I am busy battling with about whether our daughter will be named "Ripley" or not...) somewhat ... saddened? ... by Alien 3. I just wanted Ripley to get out of it all. She needed a break, or hell, a holiday.

She's presented as this 'expert' on xenomorphs, but (when you consider all the time she's spent in hypersleep) she's only known them for, literally, weeks if not days by the end of Alien 3. Sure ... she's well over 100 Earth years old by the end of the 3rd movie .. to her, she might have been .. what .. 27 on the Nostromo? And hey presto she's in this shit hole prison colony by the time she's 28.

Ripley needed to win. The Aliens have millions of years of cunning evolution and scorched earth behind them ... Ripley just has the skin of her teeth.

Just want to say a couple things.
I've never seen any Aliens movies except for a bit of Resurrection and from this video Aliens 3 looks pretty badass and I definitely want to see it.
Also this is my new favorite show on here.

Watching this, I realised that I don't remember a single thing that happened in Alien 3. I usually remember at least a few key moments of the films I've seen, so either Alien 3 was extraordinarily bland or it just went straight over my head (I was 15 when I saw it). Maybe I'll give it another try.
Show hidden low quality content
You must log in or register to reply here.
Share:
Facebook Twitter Reddit Pinterest Tumblr WhatsApp Email Link
Top Bottom