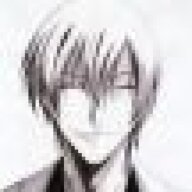 u worry to much u don't see me complaining about killing arabs in games or why the hell we live poor shitty houseing and use old tec like ak47s in games...
T

they should seriously make a Seaquest DSV game and have Australians killing everyone. just to shake things up.

Ooh, that does remind me, you could be offended at the fact that you can even use the AK-47 (designed in 1949) in MW2 even though the Russian military stopped using them in favour of more modern guns back in the 90s. =p And they started getting phased out as early as the 70s with the advent of the AK-74. And since then they've only made better and better guns and yet MW2 insists that this archaic, inaccurate gun is considered a valid weapon to near future Spetsnaz.

(In short: Infinity Ward did not do their research)

Instant K4rma said:
I thought the bad guy in WM2 was


Shepherd
who is, in fact, an American.
Click to expand...

Yeah you are right, although "US getting invaded by Russia" is still the big central theme of the game, and you're still Joe American. I will admit the plot themes of "the war was manufactured, and Shepard is in cahoots with the bad guys" are more ballsy than COD's usual outings, though.

EDIT: I'm hearing rumors that in MW3, part of the game you play as one of the Russian Loyalists on the good guy side. Could be an interesting change of pace if large part of the game is shown through the eyes of 'the other'.
Click to expand...

Ya, rumoured to be from the FSB - you know, those Internal Troops you shot, stabbed, riot-shield-smashed and probably bombed during No Russian?

You didn't play as the Americans for that long. There are 7 Ranger missions, 1 CIA mission, 7 one-forty-one missions (before the betrayal) and 3 after. That's 8 as an American (including two in Afghan which are basically unrelated to the story in any way) but then 10 as a British Ex-SAS trooper.
Show hidden low quality content
You must log in or register to reply here.
Share:
Facebook Twitter Reddit Pinterest Tumblr WhatsApp Email Link
Top Bottom