Gavin Dunne answers your questions and critiques of his recent songs. 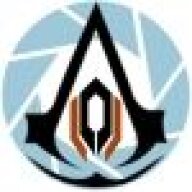 I wouldn't mind hearing about Sweet LA. It's one of my absolute favourites (although I have so many now it's hard to keep track) and it might be cool to hear how you got on working with two other people when you usually fly solo.

And also how you manage to write, perform, mix and master a kick-ass song every two weeks. But I fear that one will remain a mystery forever. 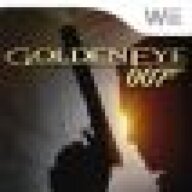 That was really informative! I like it! Miracle, if you're listening, do more of these. I love behind-the-scenes stuff, and this was a good view into your workings.

Any chance you might do one for Santiago's Lament? You've said it was a favorite of yours despite not being as popular as your other works. I'd like to see your full opinion on this particular song. Or one for Redemption Blues? I like your more emotional songs.

I'd have to disagree with the haters on your lyrics. I think they are definitely one of the strongest part of your songs.
Wasteland Soul and Wheatley's Song wouldn't have been as awesome without different lyrics. Well they might have been, who knows unless you have alternate versions of each song stashed somewhere. What I mean is the lyrics make your songs what they are; fantastic!

Oh and I'd love to see your opinions on your Fallout songs. I personally think they are 3 of your best works.
S

Wait wait wait, you're IRISH?!
Singing in American accents was always a problem in our school choir (I'm a Brit)- in the end we were just told to imagine we were all Sophie Ellis Bextor which just led to a horrible mish-mash of wrong. Especially as we were singing African folk songs at the time.

Without sounding to fawning, I really enjoy your music and lyrics although wandering around singing that "my IQ's the infinite space from here to the moon" WILL get you really weird looks from everyone, and have been meaning to comment on your songs but then never do.

Summary:
Very informative column - I look forward to hearing more from you, both literally and writing-ly

I've only recently discovered Miracle of Sound, and went back over the older videos and absolutely love Fire in Your Hole. It makes me want to play Bulletstorm every single time I play it, it just perfectly captures the feel of the game. The lyrics especially, so I don't know who's complaining, that song as well as most others is fantastic lyrically.

I'll be honest, I found Normandy more emotionally meaningful than ME2 and yes that is both a compliment and a backhand slap at ME2 which I will never miss the opportunity to do

It was a really interesting column, hearing your thought processes and critique behind your music is brilliant and I love the ease with which you seem to treat the music as a language. I'm afraid I'm not particularly musically minded and don't have the ear to read it myself when I listen to the songs, but I think the impression comes over, even if I can't understand it enough to recognise 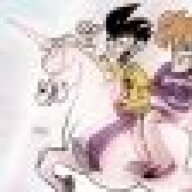 Yay! I've been hoping that you might start writing a column, and I am happy to say that I will be reading every one of these you put out.

I play bass guitar myself, and have attempted at writing a few songs, and being able to read your thoughts and ideas on the process is very cool!

Top Notch stuff. Any possibility of you playing live? I'm more than happy to give you more money.

Just thinking, how about Fire in your hole? Until Normandy that was my favourite track and I'm curious about the choice of your sound versus the actual soundtrack to the game which has a surprisingly electronic/synth sound rather than what I expected (A face punching rock and/or metal).

BrotherRool said:
It was a really interesting column, hearing your thought processes and critique behind your music is brilliant and I love the ease with which you seem to treat the music as a language. I'm afraid I'm not particularly musically minded and don't have the ear to read it myself when I listen to the songs, but I think the impression comes over, even if I can't understand it enough to recognise
Click to expand...

That's good to know. I didn't want to drown the article in musical or technical jargon, I wanted to try and explain things so everyone could understand it. Nothing is more boring than trying to read something full of jargon in a specialist area! 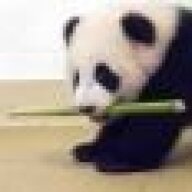 Good read, I love reading about artists thinking behind their songs.
As for requests, I would especially like to read about Sweet LA or Santiagos Lament.

I was accused of being a Miracle of Sound fanboy today by my friend... who is the biggest fangirl I've ever met, so she must be on to something

I'm as familiar with music production as I am with quantum physics, but your article was a fantastic read, where a lack of knowledge was in no way a barrier.

I personally adore Normandy and actually had it on while I read the article which was amazing as I was able to listen for the specific things you were talking about. It feels so effortless so it's testament to your skill and sheer hard work at trying to get the song to the stage where you were happy with it. It really rewards the repeated listening. I nearly always find different something to enjoy when I put it on.

I think more of these would be fantastic, but don't kill yourself with work! Sounds like you put an incredible amount of time into the songs as it is.

You're always your own worst critic, and Gavin is no exception. For my part, I have no idea what the hell those people's problems with the lyrics are. But if someone's being constructive, then I hope it's of use to you!

Looking forward to more from you, both literary and musically! 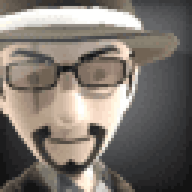 A little off topic...But,Gav...Is your avatar Soundwave?

On topic: It's always nice to see the thought proccess of the maestro himself. As far as requests go,I'd like to learn more about "Mining All Day Long","The Ballad of Clay Carmine","Wheatley's Song",and "Necromorph Soup".

An interesting column, a good read. Hopefully between albums, we can see these every few songs. It's also nice to see responses to fan feedback and such. It's good to see the thought processes behind each song. If I may as, could the next time you do one of these show the ideas behind "Sweet LA"? That was my personal favorite. Also...

I do not, and never will, use Autotune. I despise it with the hatred and venom of a thousand Kratos-es. I hate everything it stands for and everything it has done to completely ruin the music industry. Anyone with a producer's ear will hear the many flaws and irregularities in my voice when I sing - flaws that most singers these days are afraid to leave in their recordings. I believe Autotune sucks the soul out of a performance...
Click to expand...

You are a bright, shining, listenable beacon of hope in an increasingly dark and very annoying-sounding abyss. Music needs more people like you right about now...
A

Talk about Duke! TALK ABOUT DUKE

I'd very much like to hear a bit about Redemption Blues; love that song. I respect you all the more on hearing you don't use Autotune! Anyway; massive amounts of respect for you Gavin, keep writing awesome songs, keep writing this column; twas a good read. ;D
C

I consider your lyrics pretty strong, and my one criticism for your songs would be that they could use a few more. Maybe one more verse in the last minute or so; I'm no songwriter, so I don't know what they best place for it would be. But as long as you keep posting, I'll keep listening.
S

I "always" figured the "Normandy" lyrics were written in a way that they could, with a bit of creative metaphor-ing, be applied to the battle whose setting lends the spacecraft its name... 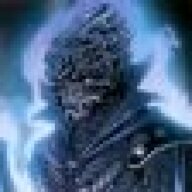 I owe you a manhug for that rant on Autotuning in the music industry, Gavin. As for you talking about Normandy and Dead Don't Shuffle, very insightful. Wouldn't mind a look deeper into Mining All Day Long and Little Sister.

Thanks for sharing man ! Enlightening.