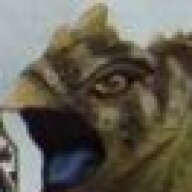 Jegsimmons said:
sooooo, its a new RPG that they are actually adding innovation?

what exactly are you trying to figure out?

It is an isometric view RPG with Real Time with Pause combat set in a new world created specifically for the game on PCs, and if they get enough support Mac and Linux as well.
Click to expand...

Maybe they're referring to the setting? We have next to no info about that at the moment, though the artwork/map/other small details strongly suggest trad-fantasy elves, dwarves 'n' dragons to me. I'm actually going to be rather disappointed if it is "just A. N. Other fantasy game", though I will still buy and play it if it is. Obsidian have as good a chance as anyone of shaking things up a bit. *sigh* With the breadth of human imagination available, how did the fantasy genre get crunched down into such a narrow and fairly dull set of parameters? :s

I want to throw some money at the kickstarter, but I'm waiting on more setting info first. (Also I'm backpacking so I can't chuck them too much money - $35 can go quite a long way in SE Asia!)
C

DrunkOnEstus said:
These are the GODS, the guys who took the high road when Bioware bent over in front of EA all innocent-faced.
Click to expand...

I'm sorry, but...what in the blue hell are you talking about?

EA bought Elevation Partners, which owned Bioware. Whatever opinions or regard for EA Bioware had meant nothing because they were acquired by the publisher without a choice.

I like Obsidian as much as the next person, but please don't rewrite history to try and trump up something else.

Obsidian has created some of the best RPG's on the market...but they've also made a habit (or they're just incredibly unlucky) of releasing buggy, unfinished products that often have tons of material strewn about the source code. I want them to make a product that's comparable to something like BG2, which I just ran a full playthrough of last month. I just want them to have a product that works out of the box without being chockful of errors. Dungeon Siege 3 was a step in the right direction - I just hope they continue that level of polish.

Stopped reading there. After playing Diablo 3, I don't think I can ever play an isometric game ever again without throwing up. Sorry Obsidian.
Click to expand...

To be fair comparing this to Diablo is like comparing Crysis to Fallout 3. Yeah they share similar perspectives, but that's about where the similarities end.


Doom972 said:
As I suspected, it's another fantasy RPG. Too bad they won't take this opportunity to make an RPG in a different setting.
Click to expand...

Yeah I kind of agree. It's an Obsidian game, so I know it will be awesome, but I cant help but wish it was a road less traveled. I'm still waiting for another Modern-Day Fantasy RPG ala Vampire: The Masquerade, or something akin to The Darkness. It could be so beautiful.
Click to expand...

We definitely need another game like Vampire - The Masquerade: Bloodlines.

Mcoffey said:
And yet Dungeon Siege 3, built on an engine designed internally by Obsidian, is completely bug free.

Bethesda cant QA for their own games, let alone someone elses (Especially when it's in their best interests to half-ass it a bit so they don't have to pay royalties), and It is widely known that Lucas Arts rushed them from the word 'go', and then refused to let them release fixes and the extra content. I don't know much about the NWN2 story, but my experience with the steam version has been pretty bug free.

The only one I can assuredly say "Yeah, that's on them" to is Alpha Protocol. Around the time of release there were reports of the head of that game forcing extra features and gameplay elements when they should have been focusing on refining what they already had. It still turned out to be the best RPG of that year.

Assuming that Eternity is running on the Onyx Engine, like DS3, and will not be under the yoke of an unsupportive publisher, then I have no reason to assume it will be buggy.
Click to expand...

Ummm what Dungeon Siege 3 did you play? because the one I played was just as buggy as Alpha Protocol.

As for NWN 2 the game shipped with numerous showstopper bugs, and even with all patches+expansions, there are still several showstopper bugs left in the game. I am to this day unable to beat the final boss of the main campaign because of a CTD that occurs every time I try to go into the final boss's lair.


Jegsimmons said:
sooooo, its a new RPG that they are actually adding innovation?

It's just a game, that's exactly like every other half-decent RPG on the 90's, that is going to get praise for the simple fact it isn't modern, and not because it is actually well designed, or has a good story, or interesting characters.

Its like how indie games get tons of praise for being good even though many of them are just rips off of flash games that existed years ago.

In short, its a hipster game.

I wonder if there's any way to volunteer for VO parts if the kickstarter is set so low...

I'd rather they have a bunch of fans they'd pick for voice quality than there be none due to monetary constraints. (Not that I'm any good.)

And, if that's the case, I'd love to take a crack at it. Anything to help this be as awesome as possible.
T

They lost me as soon as they said they were aspiring to a top-down format.

Here are the Obsidian games that I've played and enjoyed: KoTOR 2, Alpha Protocol, Fallout: New Vegas. Note how none of those are top-down.

The only top-down games I play are those with Pokémon in the title. It's an outdated format when it comes to action-oriented games and is not immersive in the slightest.

Take my money, Obsidian! This is the first kickstarter project that I've found worthy of my 25 dollars. 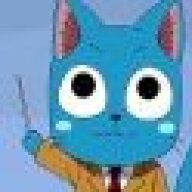 considering the rather unfortunate event with the meta critic thing a while back, I understand why they would do this.
But please obsidian when your game is funded by players it is not okay to release a bug ridden game (not that it is anyway but you get my point).
M

I never had any problems with any of those games on either PC or console, I am still baffled when i see people complaining about the 'thousands of bugs they ran into playing x' when I don't even get one

I had only a very few minor glitches in my first playthrough. One thing I've learned in my gaming career is that it is very rare that my experiences are in the minority. Based on that experience, I'm going to wager that most people didn't have any major, game-breaking problems while playing New Vegas. Of course, I'm not including consoles...because, well, these types of games just weren't made to be played on consoles. Hell, I'm still playing new vegas currently, and its slightly less awesome predecessor from bethesda. I know its the 'cool' thing to do to hate mainstream, popular games...but it just makes you sound contentious and whiny to be honest.

I backed this in a new york minute! I am very much looking forward to this. For those who backed double fine's make sure to check in on the last video update they put up early last month. Fascinating stuff! 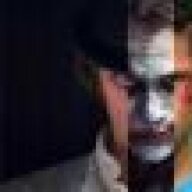 After being recently exposed to Planescape, having a hell of a time with New Vegas (I think it froze on me like, once. No idea what the hell happened with everybody else's games) and finally getting around to playing KOTOR with TSLRCM 1.8.1, Obsidian has officially gotten my vote.

If only I had money to spare.
A

So, basically, this is an example of how Kickstarter supports indie games and people who really need the money to make something entirely innovative.

Wait... you need more money than everyone else because no one else is actually making a full game from scratch? Don't most Kickstarters about video games involve making one from scratch?