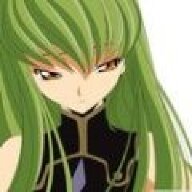 I some circumstances yes, it's solid. A battlemage in this game is almost impossible to play as due to the fact you can't block, and you're not stealthy to sneak in. So you have to charge head on but are not as strong as a 2H or Sword & Shield. I had to re-roll that character; I would get massacred by even a group of Draugr or Mercs.

I hate games that are too easy, there's no challenge and you get less time-is-money out of it. I completed Fallout 3 in Expert (Xbox) and Oblivion on hard (PC). I had CoD MW3 done on hardened first time in 4.5 hours - but while I am fairly shit at Skyrim on Xbox, I had to turn the difficulty down or I would need an endless supply of health potions. Problem is "Apprentice", being the next one down from "Adept", is too easy; where I don't stop dying on Adept. 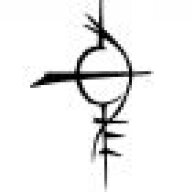 I took a lot of notes while playing Dark Souls and applied them to Skyrim. I always approach an enemy like they're the fuckin boss. I keep my shield up and try to parry / counter as often as possible. I use ranged-combat to gain some upper hand before charging into a melee.

So far it hasn't failed me.

Atheist. said:
I thought this way at first. Now that I'm level 30 with max stealth and perks, all I have to do is crouch and attack. That generally gives me a sneak attack. 30x damage. Instant kill on almost everything.
Click to expand...

Yep. Maxing out the stealth tree and equipping gloves that double sneak attack damage really takes away the difficulty. Of course, specializing in any one playstyle should produce the same effect.
M

Giants WTF! That is all. 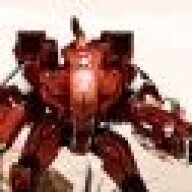 the dragons are way to easy... i can solo them no issue with my level 23 magic/duel axe bosmer... so i put the difficulty up... still easy... bears are harder

Yeah, sometimes the difficulty randomly jumps. Like some Draugh Deathlords and I watched a mammoth and a frost troll being capable of taking down a dragon twice. 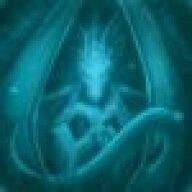 Teda64 said:
Yep though for me it's with bears
Click to expand...

True story. How can a bear do more damage than a damn dragon?

I frankly found the enemies in Oblivion too weak, but I found that Skyrim was at least challenging.
M 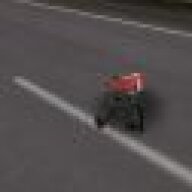 Since everyone and their grandma is responding, I will too. Killed 5 dragons and only the last one got me - 4 times. Only met one frost troll and after I died twice I decided to run away from it on horseback. On the way back though, I leveled up and chose the first destruction perk, consuming less magicka. I put fire in both hands and barbecued the SOB. I agree that sabre cats are insane at first. I think overall Skyrim is really well balanced, and actually requires a level of tactical thinking not present, or possible, in Oblivion. The best RPG ever. I sometimes don't want to keep playing it because I'm worried it will lose it's magic. 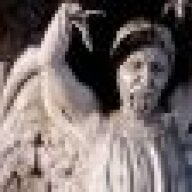 I guess with the type of character i'm playing that's how it is.
Click to expand...

OT: When raiding dungeons and what-not if I am spotted I usually have to run even though I have a sweet magic sword (Dawnbreaker) just encase stealthy bow fun fails, any more than three bandits on me I might as well strip naked and lie on the floor.

I like it though, in Oblivion Stealth broke the game and made it insanely easy, in Skyrim I feel tense when guards walks up to me, knowing that one false move is the end of me.
One thing I do find weird is after the bandits have given up looking for me, one always says "guess it was nothing" usually with a arrow sticking out of his/her chest.

I play on the easier side of the slider, but I still have to pay attention during fights.
No huge problems so far though, however it seems a bit random. I can kill one enemy with one or two hits, and the one standing next to him(same name and all) can take lots more hits.

A couple of bosses have been pretty horrible as well. Faced some undead... dragon... worshipper, or something, who constantly drained my mana and life. So many health pots spent!

MiracleOfSound said:
Wait till you meet an Electromancer....
Click to expand...

No shit, what is up with those damn guys!?

I remember running my way through a tower full of necromancers for a quest, just hacking the shit out of everyone and laughing my ass off, then I run into a room and all the sudden my screen turns blue and I just see my corpse flying through the air. He one-shotted me on the normal difficulty with full health.

When it comes to enemy spellcasters, electricity wielding ones are broken as hell.
B

Yeah, Sabrecats are impossible for me, even with a heavy shield and heavy armor they take a good chunk of damage and I can't take them out before they do, and the whole stamina thing, and bears.

But fucking Giant Frost Spiders, fuck them. Seriously, I was fighting one and it was one on one and I was doing defensive with my shield and mace then it does this attack that does decent damage but does this DoT on me (I dunno if it was a poison since it didn't say I was poisoned and I am a werewolf, though I don't think poisons count as diseases) and it would just kill me. Even if I had 3/4ths health, that attack and 1 second later, DEAD...

Also seriously if you aren't going 2handed light armor build (strange) if you get in one of those situations where you can't sneak up on enemies how the hell do you fight people.
S

As a sneaky-shooty Bosmer I can get a few kills in before the enemy notice me, then use speed to my advantage. That said, I don't have very good health or armour, so if I get caught out then I have to think very fast.

Giants seem to be a problem. They sneak up on you when your fighting a Dragon, do that ground-poundy thing and kill you almost instantly. That's happened to me twice now, and I'm only at level 12. I can deal with almost anything the game can throw at me though, given enough time.
W

I personally do believe that some of the enemies are far too overpowered. I started the game out on adept which is pretty much the medium level and I found myself running around having a good time when just as I was about to die I remembered that I have to save periodically because it's an elder scrolls game. But it was too late, so I died and lost about a half hours worth of gameplay. Needless to say I was furious so when I came to the part where the boss was I saved just before fighting him and I found myself drinking potions like a dehydrated camel every 2 seconds but then dying anyways and having to reload the game about 20 times. So then I decided to lower the difficulty just to get past him. I went down to apprentice with the same result and then to novice and barely making killing the boss with about enough health that I would have died if a butterfly had landed on me. After I started to get the hang of things I started using my restoration spell which annoyingly makes me unequip my shield while I run around like a fairy avoiding any and all attacks and chugging health potions while clinging to what life I have left. In other words I believe the enemies are extremely overpowered. I would have been fine if I had died a few times because of some stupid tactics or something but I was doing everything I could to kill the enemies without dying or drinking away my reserves of health potions. On novice difficulty the normal enemies are kind of easy while the bosses are moderately difficult. Which is kind of the way it should be. Unfortunately I have to be called a noob because the only way I don't die after 3 sword hits (while wearing full steel plated armor with a very high heavy armor skill because I get hit so often) is by playing on the lowest difficulty.

Every enemy stays at the level you find them at. So if a bandit leader is kicking your ass, just go away and level up before coming back and exacting sweet revenge.
R

Until you max out the armor type you are using, yes...

I had a warrior type character, level 10 and fighting a Draeg from the fist dungeon, you are meant to avoid the power attacks or whatever (I had a shield which was pretty much useless)

He kept 1 hitting me every time (I had quested for a while so I think I was up to Elven Armor as well), I rage quit when I was running away from him so I could use healing magic cuz I had run out of pots... then he swings and hits me from about 10 meters away (Like 10 times the length of his weapon...) I was like what the....

I was playing on Adept... but that was the hardest enemy ingame...

...The dragons on the other hand were piss weak... never had trouble fighting one.

So I don't know what the difficulty curve is meant to be like, but it is messed up.