Male playing whichever seems more interesting in the context of the story and setting. I don't particularly want to role-play as me in an RPG (ignoring the "how the hell am I an Orc" problem, it's escapism) so there's no real need to create a character I identify with (in fact, some of the fun is falling into another character). 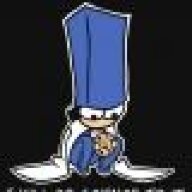 I'd vote but there's nothing for "no preference". It kinda depends on the game, like if the armor for women is ridiculous then I pick male, or which genders voice acting I prefer, or the character models. The poll seems to be implying that everyone needs to have a preference to play as a particular gender based purely on the gender, which I find deeply offensive. 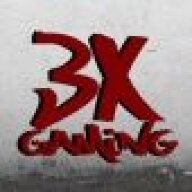 Female. Every time. Pure Lara Croft logic...if I have the choice, I want to stare at a woman's back end and not a man's...and I don't give a shit if she's wearing a chain mail bikini either-but then again if it's me creating said avatar then any wearing of chain mail bikinis is solely my own doing in the first place.

Oh well, I bought the damn game...I'll play it how I want to thank you very much.

Probably 2/3 male. Usually go in as the man but I don't mind changing it up for variety's sake. For example if I actually had the motivation to play all of D3's classes it would go like

A woman isn't the hope of the galaxy. Shepard is the hope of the galaxy, irrespective of gender. The fact that the player can choose either, and controls dialogue, choices and combat means there's nothing about Shepard being female that makes her the hero. Shepard isn't a male hero or a female hero; Shepard is both and neither. The game plays almost identically whichever gender the player chooses, thus FemShep is not a paragon for female protagonists but an Everyman with breasts.
Click to expand...

This topic has nothing to do with well-written female or male characters. It's about your personal preference and why you prefer it.

Depends on the game and the level of character customisation.

In more modern or sic-fi setting games I will go with female just because it more fun to create and stare at a hot girl.

My last two New Vegas Couriers have been female, so I voted that. I like to go both ways though.
W

Male playing as female usually, but when the character is voiced I always pick whatever has the best voice over.

When it's all said and done, I've usually gone through the game from start to finish with both.

But that depends on whether the first play through was any good.

My first character is nigh-universally male. After that, mostly female.

I'm a guy and I usually play male. Although I do occasionally play female. Especially if I'm doing multiple playthroughs of a game like Fallout New Vegas.

I usually play as a male for the immersion since I love to put myself in the place of characters.
I don't know, but I really like doing that. :/

Although, when I do play as a female character I have a blast.
And there are the situations where my SR characters becomes a women for the fun.

So basically, I don't mind playing as both, but I play as a male for the immersion.

I usually play as a female, females tend to make more interesting characters. It's a sad 'fact' but it's the truth, at least in most games I've played.

Is a choice still even a choice when ultimately it doesn't amount to anything important?

I have grown to really quite dislike the current emphasis that Western RPG developers are placing on making each and every main character of their games a empty vessel that the player then uses to engage with the jarringly otherwise well-developed sandbox world that they've created. The best RPG experiences I find are those like Deus Ex : Human Revolution, which give you an already somewhat pre-generated character but then allow you to take that character along a journey of development and transformation from what they were at the start of the game in comparison to how they are at the end of the game. I like a happy medium between the main character being nothing more than the main character acting as your spade in sandbox and being firmly railroaded down a one track narrative.

While it all comes down to the same problem I face pretty much hourly, I mostly stick to playing female characters when available. I don't know that I could give any other reason than 'My own gender fluctuates so wildly, and I usually prefer to identify as female, so having a female avatar temporarily focuses me.'

In RPGs I prefer to play as male, simple because I am male. I want to be as immersed as possible. This includes when making decisions. But I like to go back and play as a woman just to see all angles of the story and character interactions. This mostly comes into play with Bioware games, though. For example, when I finally get around to doing a female Mass Effect character, she's essentially going to be Batman with his personality and making the decisions I think her would make. That's simply because, from what I've seen and played of FemShep, this is the sort of style I think would suit her.