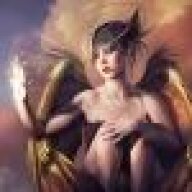 Bethesda. I say this with the acknowledgment that I have never played a Square Enix RPG.

I prefer Bethesda to Bioware mostly because of how combat is done. All real-time (minus pausing to switch weapons) versus real-time turn based (KOTOR). Mass Effect didn't really have that model of combat, yeah, and it's not under consideration for that point. But, mostly, I pick Bethesda because they made Morrowind, which had some of the best immersion and atmosphere I have ever seen in a game. It truly felt otherworldly, where Oblivion--which did have a lot of polishing done to it--felt more like slices of the real world, just tweaked a bit. Morrowind was completely alien/foreign-feeling for the most part. And that's what I fucking loved about it.

Bethesda's RPGs are also a lot more open-ended and provide a lot more freedom/choice in many regards than did KOTOR(II)/Mass Effect, the three Bioware games I played most thoroughly. Never played Dragon Age, so can't talk on that one. In Oblivion, I felt like I had a lot more freedom in how to approach, say, a combat situation. I could charge in there, swords swinging (almost typed "guns blazing"), spells flying, decked out in armor and generally raising all sorts of hell until a layer of bodies coated everything. Or, I could sneak in and assassinate everyone. Or I could summon a minion to do it for me. Or I could waltz in, use my devious charms on everyone, and not have to do any combat. Or better yet, I could pit everyone against each other. I could really approach those situations however I wanted. Granted, a lot of the quests were pretty linear without a lot of choice/branching storylines, but that's true of almost every game nowadays. In KOTOR, I basically had the choice of going in guns blazing or lightsaber swinging while flinging the force in everyone's faces. In Mass Effect, I could go into the same "dungeon" (I rarely notice that sort of thing, but Mass Effect didn't seem to have a lot of variety in places you could go kill things, with a few exceptions for story-important locations) and either shoot everything or magic it all to death. It was still great fun, but less fun in a lot of ways than the crazy shit I could do in Oblivion. Like running in naked and casting "frenzy" on everyone, then invisibility on myself before sitting back and watching all hell break loose in a cave or fort or whatever. 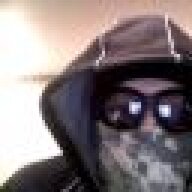 I have yet to find a bioware game I haven't enjoyed immensely, I detest JRPG's and all the elder scrolls games have put me to sleep, so I guess i'm going with bioware

Obsidian and CD Projekt Red wrestle naked in mud for my RPGing affections.

Bethesda does cool stuff but... eh... it's mostly shallow.

SquareEnix? Pfffft. I only pay attention to their publishing activities.

Why are you making me choose between Bethesda and Bioware.

Before I make my answer, I'll have to amputate my head. 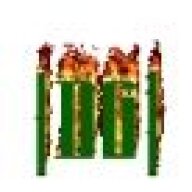 All three of them are slowly becoming shit lately, but in terms of favorite games, I'd go with Bioware for creating NWN, KoTOR, and Mass Effect
1

If I can only include those released after the merger, then Bethesda. They make nice, open worlds.
Click to expand...

Actually on second thought I'd probably pick Square Enix regardless. Haters gonna hate, but I love those games.
M

Bioware all the way. They just do stories better than the other two, especially better than Bethesda games where, sure, you can go off and explore and you have the full freedom of movement on a huge map. But I find that that kinda kills the main story. "Yeah sure sure, I'll save the world from impending doom, let me just become the champion of the Arena, kill off some ancient elven sorcerer for the Nine, and then go to a Daedric dimension and become a "god",... AND THEN I'll come stop the impending doom" -_-' .It was especially jarring in Oblivion, less so in Morrowind. That being said, I still love Bethesda's games ^^

And as for Square Enix, well... I've never really forgiven them for FFXIII so, yeah...a shame really, seeing as how I used to like jRPGs because of Squaresoft/-Enix, and I loved FFVII/X/XII and Kingdom Hearts 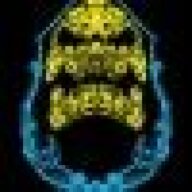 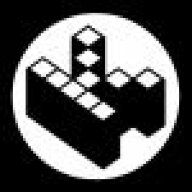 I can't go two posts without mentioning Bioware, so they are obviously my favorites. Baldurs Gate 2, Dragon Age: Origin, two of my favorite rpgs of all time right there, and that's just the top of the iceberg.

Now, between Bethesda and Square, that's a bit harder. I think I'll go with Square for the nostalgia, even though Final Fantasy has kinda spun out of control in the last few installments.
V

None.
Bethesda has always provided good gameplay but the story and writing are shit(after morrowind)
Bioware is trying their best to blur the lines between RPG and a well written shooter
I don't play Squenix games anymore but I am glad that they are around.

Bethesda. Their games give you the most freedom and variety and you can literally play for hundreds of hours while constantly experiencing new content. Bioware makes great games, but they feel so much less rich and alive than Bethesda games do once the characters have played out their well scripted scenes. Plus it seems like they're starting to go on the decline now that EA is cracking that "crank out a sequel in a year" whip on them.

I'm not really a linear turn based RPG kind of guy so squeenix isn't even a contender. 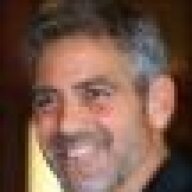 I'm going bioware mainly because Mass Effect 2 didn't destroy all the items i had locked in a crate when I died.

Bathesda. way bathesda. not even a contest bathesda. Morrowind, oblivion, skyrim. Hell, bioware is barely even making RPGs anymore tbh. Dragon Age 2 is almost not an RPG, it's a straight action game, and Mass Effect 2 is worse by leagues. good games, but not good RPGs.
Click to expand...

I will counter your point with Kotor, and also the fact that oblivion is just as action oriented as dragon age 2 (but to be fair I don't like either of them) and also skyrim seems to be going the same direction as oblivion. Not to say the game sucks (I have high hopes and I'm going to end up getting it like I did oblivion and morrowind) but I wouldn't call it an rpg. But that's just my opinion on it. Also sorry if there are any typos or other mistakes, I'm typing this with my phone at work

OT: my vote goes with bioware, but not by much, both square and beth are damn close since they make good games but I just love kotor waaaaaay too much

Edit: How the hell did I forget about neverwinter nights?
P