Often in my dreams, I'll be in a building that's like my old high school, but different in ways too - it seems quite a lot larger, with more floors. And older, with more wood as part of the structure. And it'll be like the first school day of the year, where I'm anxious and trying to find the right rooms for my classes and making it there on time. Not sure what it could possibly mean :/ 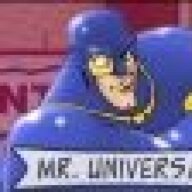 when i have fever, i get the same dream quite often. For some reason, my father and my uncle, have stolen a nuclear device and are burrying bext to our house, i walk next to a white wooden fence, there are butterflies around me, and then the nuke explodes and i wake up, sometimes they blow up the moon instead of the earth xD
M

I rarely remember my dreams at all, maybe 5% of the time, and when I do, like 95% of those are basically exploring some extremely rusty metallic halls/stairs/rooms, and they're ALWAYS lucid, it's been that way for about a decade.

And before anyone asks, yes, I was having these BEFORE I seen any Saw movies, or played any Silent Hill games, although these dreams are a creepy of the locales they take place (but never the characters/events that are in those)
E

One time, several years ago, I had a dream about massive spiders in coccoons of web hanging on our fence, sticking their creepy legs out.

Couple years later, I had a dream about people tied to the legs of an even more enormous spider. For some reason, Rorschach was in that one. Don't ask me, 'cause I don't know.

A few months ago, I dreamed about a spider as big as my head and hands together with baby spiders crawling all over it. It was forcing itself up my shirt, biting my chest. The babies crawling all over me, and I was trying to crush the big one's head before it killed me with poison.

So, I looked up common dream interpretations involving spiders about a week ago. Apparently, they can represent a mother figure, particularly an overbearing one. I think this was supported by the baby spiders and the biting, but mostly by the fact that I can't fucking stand my mother.

I dunno, what do you think?
D

It feels like when i try and move about, i am underwater? because i cannot ever run faster than a walk, and i can't put any force into punches, which is really horrible when i am scared shitless trying to fight off or run away from something/someone 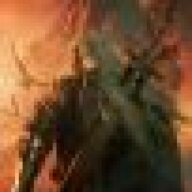 A very large percent of my dreams involve some sort of apocalypse, either by zombies, nukes or aliens or all of the above. I have had a dream twice where some omniscient alien race takes over the world and somehow me and a group of teens (You know, your general high-school group in any movie or series you've ever watched) has to save the world through some school musical that evolves into a fight between the head aliens and us. Ends with me waking up the next day, opening the curtains of my windows, only to see a giant eye filling the window, telling me the Earth is doomed. Weirdly specific.

I have also dream several times that I'm running along and start to jump, and for each jump I take I jump higher, until at some point I overextend I jump waaaaaay to high and wake up at the top of the large jump, right before I start falling down again. 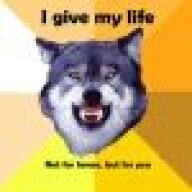 I fly a lot in my dreams, there also seems to be a reoccurring thing where I have sex in public with a girl in public and then they turn into another girl. 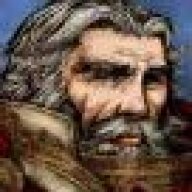 Being chased. I swear to God my dreams are lifted straight out of every 80s action movie ever made. Whether it's running from the alien from Alien in a super wal-mart or fleeing zombies with a crowd of people in a venetian-like canal city, jumping into the water and resurfacing only to realize that everyone in the water with me are now zombies staring at me hungrily (yes... I have actually had both of these dreams), I am ALWAYS being chased by something or somebody. And you know what... it's fucking awesome. I love my dreams. It's basically like an action movie playing in my head every time I sleep. I pretty much can't have nightmares anymore because I actually enjoy being chased by zombies and police and the like. Thanks videogames

That's about it.
D

Nuclear weapons. I've had a number of dreams where a nuclear detonation has happened, or else there is a bomb somewhere in the dream.

Controlled dreams occur more often and it is essentially a state of awareness that I exhibit in a dream, essentially knowing that I'm in a dream and manipulating it to my whim. Sometimes I just go along with the dream and make changes/adjustments to whatever I please along the way. Some are good dreams and others are nightmares, and I find that I often take a spiked bat to the side of my nightmare's head more often than I should.

Uncontrolled dreams are less reoccurring and are stranger in nature. Here, I have no control, I often times do not realize that I am dreaming (because some dreams in this nature are accurately grounded on realism for some reason), and they always end up in a rather grim way. Most would start like if I were to wake up and go about my day as usual, then the dream would get progressively worse, usually leading to some sort of death, injury or misfortune on my part, where I would then wake up violently and gasping for air.

I don't know what would trigger a controlled or uncontrolled dream or why they differ each other so drastically. I just believe that my subconscious is ticked off for being able to manipulated so easily in my dreams that it sticks me into a deeper dream that I have no control over to "put me in my place." 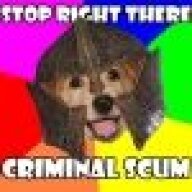 My most common nightmare is trying to kill people who just wont die even if I got them on the ground and stab them repeatedly in the head and neck. These are usually random people who attack me without reason nor regards for personal safety, like zombies motivated by a single unnegotiatable idea.

I think I see these because wanton murder isn't applicable in real life, no matter how necessary or justified it would be.
P

I have time travel pop up in a lot of mine. it is aturly pretty cool, but those are the good dreams
The bad ones userly are about me failing to save the world from something and strangely it userly doctor who related.
Show hidden low quality content
You must log in or register to reply here.
Share:
Facebook Twitter Reddit Pinterest Tumblr WhatsApp Email Link
Top Bottom