Report: PS4 Outselling Xbox One 3-to-1

Report: PS4 Outselling Xbox One 3-to-1 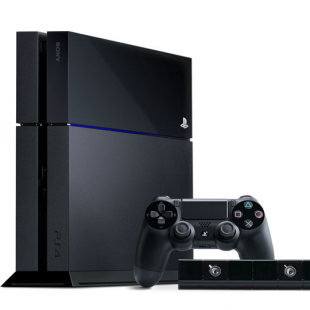 It took me less than five minutes to get to my local Best Buy after I received the text alert informing me it had PS4's in stock. Even so, by the time I got there was already a line out the door, filled with gamers of all shapes, ages and gender excitedly talking about Sony's new console. Joining them in line I soon found myself standing with an even longer tail of people falling in behind me until finally store associates had to start informing people thatthere wouldn't be enough for everyone.

Granted, this sort of spectacle is nothing new. Waiting in long lines to get a shiny new console is almost a gaming ritual at this point. That said, recent reports would seem to indicate that the PlayStation 4's success has extended well past the excitement of early adopters scrambling to get their hands on the latest machine. According to Sony's latest financials, the company saw a 95.7 percent year over year increase in its gaming based revenues, adding up to 2.5 billion dollars in sales. A note in this report pinned this growth directly on the success of the PS4 and its attached services.

Perhaps more notable than these percentages however are the actual sales numbers revealed by the report. During this past quarter Sony has apparently sold 3.5 million consoles (PS3 and PS4 combined) to customers. This, of course, is substantially more than Microsoft's Xbox line which, according to its own figures, only shipped <a href=http://www.gamesindustry.biz/articles/2014-07-22-1-1-million-xbox-consoles-shipped-last-quarter>1.1 million Xbox 360s and Xbox One's to retailers during the same time period. It's worth mentioning that this doesn't necessarily mean that the Xbox One is doing badly. That said, it definitely seems like the PlayStation brand has recaptured the stride it arguably fumbled during the last generation. We'll be interested to see, of course, how long it can hold on to it.

I know I shouldn't care about the petty squables of concole sales...

Vault101 said:
I know I shouldn't care about the petty squables of concole sales...

Anyway, PS4 > XboxOne, people will say "no big deal", but in a world full of COD, Bieber, Transformers, Twilight, Naruto, etc. This is actually surprising; something superior in almost every aspect is actually selling more, go figure.

"only shipped 1.1 million Xbox 360s and Xbox One's to retailers"

And as we all know shipped is not the same as sold. Always bothers me when they disclose shipped numbers but not sales numbers, because it just gives the impression that sales are not good and are trying to spin it to sound better.

Honestly I do hope that the Xbone flops hard and this news does make me smile.

Looks like the mass market wanted a dedicated video game console more than a 500 dollar TV box after all.

I was hearing from every place I went to that they were selling 3-4 PS4's for each XBO, some even having trouble moving XBO stock at all so hearing this is the rule pleases me greatly. Who says the market is at the mercy of the corporations has been proven wrong here. 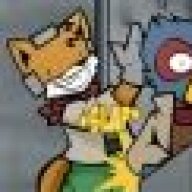 Even though I don't care much for consoles, I hoped PS4 would come out on top, or at least teach Microsoft a lesson. You know with E3, lying, telling gamers what they want, and imposing DRM. I am ok with this news.

And as we all know shipped is not the same as sold. Always bothers me when they disclose shipped numbers but not sales numbers, because it just gives the impression that sales are not good and are trying to spin it to sound better.

Honestly I do hope that the Xbone flops hard and this news does make me smile.
Click to expand...

I didn't even notice at the time.

So its entirely possible that the PS4 outsold the Xbox One by even more than 3 to 1. Thats crazy.

"The best games of the year live on Xbox One." - Microsoft ad

And yet, it seems that most gamers seem to disagree.

But then again, gamers are stupid. How could anyone pass up buying a console with a camera that watches you 24/7 as you play Peggle 2?!

Good for Sony, but it will be a long time before I get the system, since it has no games that I want. While I will never have a desire to get any Xbox system, hopefully they learn from their lessons and try to do better. While Xbox isn't doing well at the moment, I see in the future they can still sell a decent number of consoles. The main thing is that both systems need more variety of games to show what they have to offer.

It's obvious that Sony is winning here, but what I want to know is how did the Wii-U do in comparison to the Xbox One last quarter?

That being said, 3.5 million also takes into account PS3's which I doubt are selling poorly. Looking at VGChartz hardware sales figures for the week July 19 and extrapolating, PS3's may make up about a third of those sells. Not too shabby, and only slightly less than the Xbox One.

Another interesting bit of data, the Vita sold even better than the PS3, largely due to Japan, which does make me wonder is Vita and PSP sales are included in those figures. The 3DS is the top selling piece of hardware during the week, but if you take away Japanese sales, it would be a strong second.

Also, noteworthy, PS4 is the top selling console in North America selling 50,748 units (almost equaling total Xbox One sales). PS4 also boosts the highest units sold in Europe as well with 47,824 units sold. The 3DS are weak in North America, almost half the PS4 sales, but boasts the strongest sales in Japan with 39,093 units sold. Xbox One -unsurprisingly- is doing fairly well in North America with 38,125 units sold, but fares much poorer in Europe and has no Japanese sales data.

All in all, PS4 has dominated North America and Europe according to this data. Mind you that is only for one week, but taken with this article it indicates how things are trending.

Man, I really mined that site for data and made this post way bigger than I intended...

I probably won't buy either (Might get a PS4 if it gets games I want), but I'm kind of glad. Microsoft went all in on stupid things and now they will have to pay for those choices.


Vault101 said:
I know I shouldn't care about the petty squables of concole sales...

The consoles will have their revenge by ruining (franchise you love).


gamegod25 said:
And as we all know shipped is not the same as sold. Always bothers me when they disclose shipped numbers but not sales numbers, because it just gives the impression that sales are not good and are trying to spin it to sound better.
Click to expand...

Almost all the figures we get are units shipped, not the sell through. This is true for consoles, games, whatever. Because once that happens, they're paid for and Microsoft/Sony/EA/(company you love) has their money. The obvious exception is Digital Distribution figures, but that's not only not on point it's kind of impossible for a console itself.

Edit: Forget I said that. I missed that the report actually said "sold through" for the PS units. Usually, the figures for both are "sold," which literally just means that they shipped to retailers.

I'm sure it'll all work itself out for Microsoft...though with their dropping of stuff like the original shows and all that I wonder how they are going to try to convince people on the Xbone.


Saltyk said:
Another interesting bit of data, the Vita sold even better than the PS3, largely due to Japan, which does make me wonder is Vita and PSP sales are included in those figures. The 3DS is the top selling piece of hardware during the week, but if you take away Japanese sales, it would be a strong second.
Click to expand...

Eh, I got a bit of a first hand experience with that sort of thing.
The store I'm currently working at is closing. Sunday began our liquidation, and the consoles were 10% off. We had three PS4 and two XBOnes in stock, and I was expecting them to go fast.
The PS4s didn't make it past the first day, being sold off by around 4 PM, while the XBOnes didn't get sold off until the next day.

I like to think of that as a bit of proof as to the PS4's obvious success...

I will go on record as saying that the PS3 and Xbox 360 were pretty even gaming machines in terms of quality. Both had their positives and negatives, and it largely came down to personal preference and exclusive titles as to which you would prefer.

No such moral dilemma this time around, though. The Xbone is getting crushed, in basically every sense of the word, and Microsoft is making themselves very easy to root against in this one.

I don't own a PS4 yet, but I will almost certainly be getting one at some point down the line. I don't think there's anything that Microsoft could do at this point to tempt me to pick up their box of failure and lies.

You'd think I'd like Microsoft, considering I use their software all the time... Nope. Not a single shot in all the universe I could say that with a straight face.

This is what happens when you offer inferior hardware for a higher price. There's no reason to buy a Xbone. Hell, most of it's exclusives will still be coming out on PC as well.