One of gaming's most popular franchises is rumored to be making an entry into Microsoft's motion-controlled future world.

Guess what Sonic fans? Did you think that the really Joystiq [http://www.escapistmagazine.com/news/view/100818-Sonic-the-Hedgehog-4-Delayed] that this may not be the case, and that Natal is involved.

Before you strap on those new red sneakers and prepare to destroy your throw rug by running in circles, the game Sega is rumored to be developing for Natal is called Sonic Free Riders. Yeah, it's a new entry in the Sonic Riders [http://www.amazon.com/Sonic-Riders-Playstation-2/dp/B000C4088I/ref=sr_1_fkmr0_1?ie=UTF8&qid=1276202197&sr=1-1-fkmr0] series, a hover-board racing game previously seen on the PlayStation 2 and the Wii. But hey, it's still a Sonic game!

Sonic Free Riders, if it turns out to be more than a rumor, will be motion-controlled through Microsoft's Project Natal camera system. Players will somehow steer with nothing but their own bodies, collect weapons by reaching out, and attack other racers by motioning towards them. If it turns out to be a two-player game, I'm envisioning a few 10-year-olds with bruises and black eyes when this "motioning" turns into punches and dropkicks aimed at friends.

Free Riders isn't the Natal bombshell we might have all been hoping for, but it's a good indication that we'll see more than mini-game collections to use Natal with. I still don't think Sonic Free Riders will justify Natal's also rumored $149 [http://www.escapistmagazine.com/news/view/100957-Natal-Expected-to-Stab-Gamers-in-the-Wallet-at-149] price, which almost seems way too high to be true at this point. Maybe Sonic Low Riders, or Sonic Ghost Riders of the Whip, but not Sonic Riders translated to a controller-less motion game. Then again, who knows, maybe Sonic Free Riders will be an amazingly fun title and will show off the true genius of Natal.

Hey, I loved the free rider games! At least, the one that my friend owned. I found them fun little grindfests

Still probably not getting Natal though. 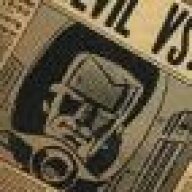 Tom Goldman said:
Before you strap on those new red sneakers and prepare to destroy your throw rug by running in circles, the game Sega is rumored to be developing for Natal is called Sonic Free Riders.
Click to expand...

This was Microsoft's chance to throw its hat into both the "video games as exercise" and "blue hedgehog simulator" rings, and they blew it.

I've never felt that Sonic works in a 3D game. Now we have a 3D game with motion controls?

That doesn't sound like a good blend to me.
A 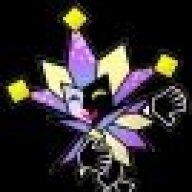 Yahtzee will be pleased 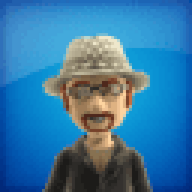 Sonic, what have they done with you. I loved you so much when I had my Genesis 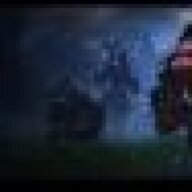 I'm broke enough as is Microsoft!

Sonic Riders wasn't that bad, but unlocking things in it was grindy and the difficulty could be massively inconsistent later in the story mode due to insane rubberband AI.

Strike me with the ban-hammer if you must because this post has nothing to do with the article:

I just want to point out how awesome I think it is that even though Project Natal has officially been named Wave, article writers like thee above still call it Natal xD 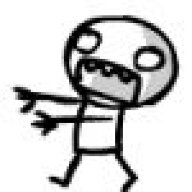 Yeah I liked sonic better on the Genesis. Not sure about this whole Natal thing.

I just go the mental image of obese ten year olds trying to run as fast as Sonic in their living rooms. This has made my day
M

Reminds me of this

Seriously, I figured Sonic + Natal would be the perfect recipe for the inevitable "most of our fanbase are furries or obsessive geeks clinging to a long dead memory"-geared release of a Sonic sex simulator. Fondle your damn hedgehog to your heart's content, it's all he's good for anymore. 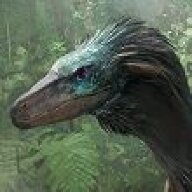 Oh, Riders... For a second there I thought they were using the Wii Sonic format of him constantly moving since it simplified controls. Not that the formula has made a good game, but Sonic in general really hasn't. At least this time, they'll have new hardware to blame.

Sonic was used to be cool. Now he's like Mario. Oh well.

But 3d Sonic? How many times did they experiment with that method?

But oh dear God, Natal might be an overpriced gimmick. Neutralizing the entire point of actually buying such games.

I've never felt that Sonic works in a 3D game. Now we have a 3D game with motion controls?

Ahhh, I kid I like the idea of Natal and I hope it does brilliantly, at a cheaper price than £150. I just like finding any excuse to laugh at Sonics expense, it's just so easy. And shit. Incredibly shit.
L

I think this is the perfect match made in heaven. Think about it.

Pretty much only crazy people would want to jump around like a maniac in their house for the sake of relaxation with videogames.
Sonic fans have been proven to be a fair bit crazy with things like boycotting Sonic 4 by buying other SEGA games instead.