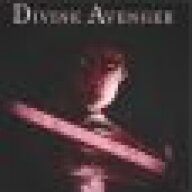 Someone has a little too much spare time on their hands. 0.o

Sonic Doctor said:
Yup, I thought so. To all the non-believers, God does exist. It's just that the world is just one big game of The Sims to him.
Click to expand...

...And that bastard just took away our pool ladder. THE FUCK?!?! 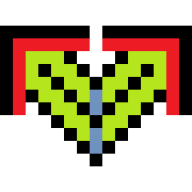 Ferisar said:
Magic and and purpose don't factor in here. Magic is a broad brush-stroke. If this "simulation" contains nothing that would be interpreted as magic, then there will be no magic. This isn't a novel written by some random person, it would have to be a precise set of systems which all function together. It's more like... everything is magic, but comes from somewhere.
Click to expand...

Maybe magic was the wrong word. I think I should have meant usage of the debug engine. Just type in a specific cheat code, and suddenly certain objects can disobey gravity, go through walls or instantly clone themselves without any negative repercussions.

Purpose is an obvious no-no. Even basic functions don't serve any purpose when just scattered around a sheet. It's the very definition of sandbox.
Click to expand...

Except sandboxes do serve a clear purpose, exploration. Just because it's open ended, doesn't mean it lacks purpose. Most simulations do have open ends in order to come up with new results.

Also, who's to say entropy is not a purpose?
Click to expand...

If our universe really was a simulation, then yes, I'd say enthropy would be the purpose. I.e., this simulation was made to investigate the creation, expansion and dissolution of this type of universe.

And why would energy not be limited, dare I ask? We know the universe had a beginning, which then puts a limit on energy based on just... well, mass. Energy doesn't just pop out of nowhere, ever.
Click to expand...

I think you misunderstood me, I do not in anyway try to deny E=mc^2 or Newton's Golden Law. What I meant was that I didn't understood how this may prove we live within a simulation. If energy and/or mass can magically appear out of nowhere, then it must mean we live in a simulation. That's at least how I resonate.

The first point makes the most sense, but even then, the perception of time doesn't hold up. This "simulation" may take nano-seconds on a higher state, and entropy would be the shut-down point, where-as we experience the same thing in billions-trillions of years. You just have to look at this from a different perspective.
Click to expand...

As I said, this is a very intriguing thought experiment, and I don't want come of as a party-pooper. I do in fact wish that this is a simulation we live in. That it's something we can wake up from. Alas there is no hard proof, so I don't want to get too excited.
T

I break all the rules.

On a more serious note, isn't this Descartes' three levels of doubt all jazzed up with science?
Click to expand...

On a more serious note, I'm fairly sure this is just Wolfram with "But literally machines"
M

Isn't this story the plot for the movie "The Thirteenth Floor" ? It is definitely a neat theory. 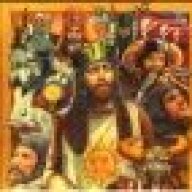 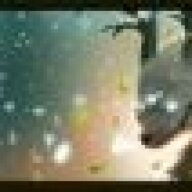 Oh, Intelligent Qube. I never told i would see you again. 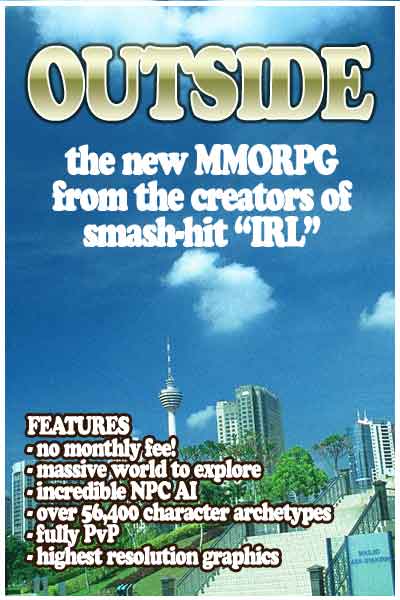 Oh jeez, it turn out those crazy kids who believed we were inside the Matrix (heck one murder his parent as he feel they weren't "real") from this documentry were right all along!

It seems entirely reasonable and not grounds for magic being afoot.


ShAmMz0r said:
It always amazes me how people insist on making it sound like only a concious agent can be an observer in quantum measurement. This notion is in fact wrong and I implore you not to confuse public further on this matter. We get enough stuff like "What the bleep do we know" as it is.
Click to expand...

Yeah! This guy, I like this guy. If you are a girl I maintain my point and just would request you change the gender of my original sentence.

Either way, that's my point, I don't know of anything that makes this a remarkable thing. I mean its cool, but not like "Our world is the sims." Not that it would matter if it was.

It's ok I understand, not everyone can look this good in pink acid boots.

Well...if that's true, then that means we would wake up to a lame reality, possibly die because of it somehow. So...I guess this simulation ain't that bad. I mean, it's not like I'm being tortured or living a crappy life. AND now that I got the hang of this life, I can become something better.

Spoiler: It's all rubbish.

It seems entirely reasonable and not grounds for magic being afoot.
Click to expand...

Well, from the way you phrased that it sounds like that is just one possible explanation for the effect. Another explanation is that we're all subroutines in some massive experimental program awaiting guidance from Jeff Bridges.

More seriously though, what about the Quantum zeno effect?

'The quantum Zeno effect is a name coined by George Sudarshan and Baidyanath Misra of the University of Texas in 1977 in their analysis of the situation in which an unstable particle, if observed continuously, will never decay'

Observations apparently do cause things to not change state, in some situations.

Also, while no one has said "this shit is magic", Richard Feynmann, a pretty big deal in quantum physics, is often attributed to saying (though, may not actually have said) "if you think you understand Quantum Physics, you don't understand Quantum Physics" which is only a couple of steps away from "this shit is magic". And that has been said to me by educators in relevant fields.

Bobic said:
Also, while no one has said "this shit is magic", Richard Feynmann, a pretty big deal in quantum physics, is often attributed to saying (though, may not actually have said) "if you think you understand Quantum Physics, you don't understand Quantum Physics" which is only a couple of steps away from "this shit is magic". And that has been said to me by educators in relevant fields.
Click to expand...

I'm not entirely sure if you were trying to be condescending or not with that pretty big deal message. So I'll assume not.

These effects are perplexing only because of their relative youth. As our tools become better and more people examine the issues they'll be less surprising.

Basically everything in our history scientifically has seemed like magic at first, there is that Arthur C. Clarke point about sufficiently advanced technologies being indistinguishable from magic.

In this case we have dipped into a universe that is so removed from our own that things are difficult to explain because we routinely attempt to explain them with concepts that only apply to our macro level world.

Basically the very fact that Feynman and others have stated that they don't really know why things are the way they are yet is reason to not assume that any explanation we have for things in this field is entirely correct.

In the case of the Quantum Zeno effect, when something is directly observed it is likely the focal point of some kind of energy transfer. The only way for us to see things is to bounce energy off of them or through them. If you are continually interacting with a particle specifically then why would you expect it to decay?

However for objects that are merely fluttering about in random chaos they will be hit in a random pattern with no certainty of repetition and natural decay will occur.

But in the end I'd rather not argue over it too much because again its not my expertise and this topic doesn't really matter (this topic being the OP).

If the universe is entirely fabricated then all things are fabricated and thus all things lose importance at the exact same amount. This would mean that all emotions, feelings, events, etc are still just as valid as they were prior because their relative worth has shifted exactly as much as all other things in the universe.

So while QM is incredibly fascinating and one of my favorite things to read about or learn about, the brain in a jar philosophical question is as empty and pointless as so many other "deep" concepts.

PS. Is it just me or does everyone incredibly fascinating die from cancer? I feel like it has some kind of biases :/.

Me, obviously. Just as just as soon as I decide to get off my fat ass and get in shape XD

I'm assuming if this were true, we would be a long, long way down the line of simulated universes.

Sounds like a "chicken or the egg" thing to me.

* Simulations are built to simulate reality.
* Reality is built in such a way we can simulate it.
* So what came first, the reality or the backdrop in which it is simulated?

It's more or less inevitable you're going to encounter inadvertent similarities, such as a limitation of energy particles in reality behaving in a manner similar to what you'd expect from a simulation.