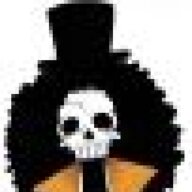 Honestly, I'm kinda disappointed The Escapist isn't participating in the blackout today. With its generally intellectual atmosphere and support of creativity/freedom of speech. :/

I'd be disappointed if they were. It wouldn't accomplish a thing.

And trust me when I say I know what I'm talking about: when I was the age half the people on this site were, your parents had just reached second base.
C

For the record, The Escapist is the only website i came across that announced SOPA was gone.

Don't know what it is but there's almost always something weird about news articles on this website.
I

It technically is participating - what with the black borders and the "Stop Censorship" overlay on the logo. For reasons that are probably purely Themis', they decided to not just up and shut down the site altogether.

SirBryghtside said:
I'm either deeply misunderstanding something or he's making no sense.

'Foreign thieves'? I thought SOPA only affected US citizens... and even if I'm wrong, it's still offensive.
Click to expand...

If we break the internet we'll be breaking it for everyone.

That's the beauty of US Censorship, it impacts the world. Which fits the political theme here of governing everyone when the governors can't govern themselves.

Exile714 said:
I wish I could properly explain how the US Congress works to The Escapist community. How many of you actually know what markup is? I can tell you that markup is NOT where proponents of this bill want it to go. I can tell you that its chances of revival in this congressional term are slim and that this is a huge setback.

But you won't believe me.

Because the internet is for OMG!, not intelligent conversation.

As someone who works in legislative law, SOPA and PIPA (by proxy) are dead. Of course, anything can rear its head again, but for now it is over. Good job. You people made my work SOOOOOOOOO much easier.
Click to expand...

This. Well, I don't work in legislative law, but otherwise, yes this.

That press release means nothing. It is a politician attempting to save face after getting stomped on. It doesn't mean SOPA is coming back. It means the _creator_ of SOPA wishes it would come back and wants to get some press out there saying that he's still trying - even though there's nothing he can do at this point (other than make a press release).

God, so tired of this fucking bill. I knew it was not gone forever, but good lord...

Conclusion: USA citizens ARE the "foreign thieves" in question.

So, your way of dealing with foreign thieves that do 'sooooo much harm' on your economy is by putting people out of jobs, thus lowing the total tax dollars you are going to receive per year. Huh. That's logic.

He hasn't even met with the people he is supposed to be protecting! And I bet my fucking house on that! You cannot speak for the people since what you are doing does to them more harm than good!

If anybody I know from the internet attends this year's E3, I swear I am gonna send him an envelope with Anthrax.

No idea they played the nationalism card in the description, how despicable.

TrilbyWill said:
england is just like america.
only more racist.
and it feels dirty.
it could be sparkling clean, but it just FEELS dirty. the clouds look dirty. and there are lots of clouds.
Click to expand...

Have you heard of the state I live in, Ohio? I'll take dirty clouds every day over 53 degrees one day and snow the next.

Aprilgold said:
I read through the bill and it isn't tightly worded in slightest. Apparently, one of us is lying out of their arse. It will basically shut down any and all posters of copyright without discrimination, all that needs to be filed is a claim of copyright infringing, site shuts down and persecutors I.E. the staff have a chance to be put in jail.

Apparently doll you haven't read it through enough, or read in between the lines. A tightly worded bill would have every gap covered, here, if I say that this person took something from Cartoon Network, without even a thought, bam, the site is dead in the ground, at least under Sopa thats what will happen.
Click to expand...

Where on earth does the Bill suggest that could happen? Did you read it or are you repeating what other sites and people have said under the guise of having read it because you seem to have completely missed the need for the site to be dedicated to theft, and the definition of what a site dedicated to theft is. Can you give me lines and page numbers where you think the bill will shut down all posters?
Click to expand...

Seriously, you really want me to go fetch my printed version of the bill and find the line plus page number? Look, I'd rather not fetch it, since I only read it since it came out, and my memory is not that great, like I've said before.

My point is that the wording of the bill is to general, not tight enough. I can't remember if they changed the wording since then but I don't exactly like the fact that they can put you in jail for copy right infringement.
A

I think SOPA will pass in some way or form. This protest won't have any effect in the long term. They'll just break up SOPA and tack the provisions onto other bills and pass it that way. The way to get around internet regulations is by using new technology. Technology will always be ahead of legislation. If these laws wants search engines to remove search results, we'll use non-US based search engine. If they block DNS, there's already a project trying to create an alternate DNS called .p2p. If they shut down sites linking to contents in the US, sites will move out of US. If they block advertisers from advertising on blocked sites, advertisers will move their company outside of US. None of these measures can't be circumvented by technology. 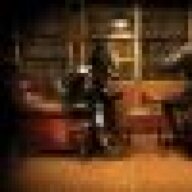 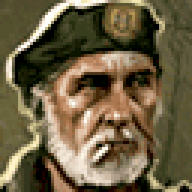 I'm Tired. What else is new?

RedEyesBlackGamer said:
Once Google relocates, felonies among 18-25 years olds skyrocket, and it brings about several lengthy (and expensive) court battles/challenges they will see how much they fucked up.
Click to expand...

with a for-profit prison system and a model for entertainment media in which lawsuits are more money than actual product? I'd still say you're an optimist.
Click to expand...

Oh no, you forgot the fun part: watching a judge try to compare a law concerning the internet to a 200-year-old document to see if it fits the founders' intentions and if it is "constitutional".
Click to expand...

Better than that! I can't wait untill "experts" on the news fight over what the founding fathers would have said about the internet had they had it. They will do this with a straight face.

Personaly I think if we used a time machine to show Ben Franklin an Iphone and watched you tube on it he would burn down his workshop and have a mental breakdown.
Click to expand... 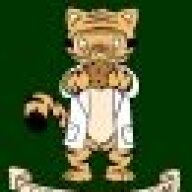 Something like SOPA will eventually pass, and some greater protections against piracy should pass. But being obstructionist isn't really going to help in the long run. Nor is it helpful to argue that we will circumvent everything. At the end of the day, the domain name registry is in the United States, and there's almost nowhere that a site could be located that is not subject to the Berne convention or the World Intellectual Property Organization treaties. We have to deal with this.

And it's not as simple as "companies should change the way they do business" or "they can't stop piracy, so they should stop trying", or any other easy canard about how "information wants to be free" and that this is the wave of the future. We don't stop throwing people in jail for stealing cars just because we can't stop all car thefts.

You can argue that piracy leads to more sales, or that it's good advertisement, but the decision to avail oneself of that should be left to the content creator, not the public. You can argue that "artists" will make art no matter what, but I doubt anyone here believes that Dragon Age III gets funding if EA knows people will be able to pirate it without recourse.

If we aren't willing to play ball, to compromise, to offer better copyright enforcement without draconian measures, the draconian measures will happen. So, if we do eventually beat back SOPA, the next step is not jumping up and down and being happy, the next step is to actually go to EA, and go to the MPAA, and the RIAA, and the ESA and say "we get it, you need to enforce your copyrights. Let's figure out the best way to do that without hurting other things."

We have room to demand concessions, not capitulation.

Well, actually I'm not so worried. As a few people have said, it's actually pretty battered right now. Still, I'd be even happier if it was as dead as possible...


DVS BSTrD said:
Here we go again.
Mr Nick Cage I believe you have something to say on this matter?
<youtube=cjpeo3VAvdw>
Click to expand...

Hey, let's see what Charlie Brooker has to say!


Hmm, same music and everything. 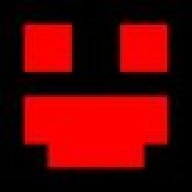 That guy sure loves the word "american".
...in america.