The Big Picture: Link Be A Lady

Link Be A Lady

E3 2014 is over, and MovieBob takes a look at one particularly interesting announcement from Nintendo.

Oh thank god. I was terrified we were going to have to sit through another week of Game Overthinker.

Bob, I love most of your stuff, but I just do not like Game Overthinker.

Wait, Link actually being a woman would be a big difference? No, Link has always looked like a woman. Sorry. Unless there's actual nudity then it won't make any difference as far as I can tell.
B

Woman Link? Works for me.

I guess what bugs me about this whole discussion is that unless you're a popular franchise or part of the gaming establishment, people (unintentionally) overlook developers who do make great strides in this area. Developers like Bioware and Bethesda don't get as much recognition for doing something that comes naturally but when Ubisoft omits something, they go all over that.

Then again, I am the biggest Biodrone I know and all I focused on E3 was Dragon Age: Inquisition. 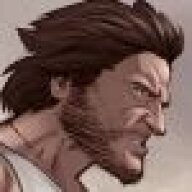 Lightknight said:
Wait, Link actually being a woman would be a big difference? No, Link has always looked like a woman. Sorry. Unless there's actual nudity then it won't make any difference as far as I can tell.
Click to expand...

Pretty sure that that is the point in the long run. If it doesn't make any difference for Link to be a girl, than why not do it?

As cool as it would be I'd actually prefer that they just go all in and make Zelda the protagonist for a change. Who doesn't want to play a magic ninja elf who is wise-as-fuck?

I was half expecting Nintendo to announce that Link is a woman after these discussions. When I watched the trailer the only thing about his appearance I was going "wait, what?" over was that he was wearing blue. Blue is cool, though.

I was already planning on getting a Wii U at some point this year or next, and this E3 just basically made my desire much harder to contain.

The Game Overthinker crossovers would much better as random three second jokes than as full length episodes.

I must confess that I breathed a sigh of relief that the appearance of The Game Overthinker and pals at the beginning was just a "tease".

That being said, I agree with Bob that it would be good publicity for Nintendo if they made this Link female. Though I don't know if that would help in "fighting back" at the misogyny in some parts of the gaming community. Think of it this way: if we dismiss the notion that violent games can make people violent, then how can someone think that more "fair representation" of female/gay/trans/ characters would lead to more acceptance of these groups?

as far as "no one has ever taken a male lead and made them female before." I cite Starbuck and Boomer in the RDM version of Battlestar Galactica. both male characters in the original, re-imagined as women in the update.
H

Almost closed the video at that start.

I think it would be cool and fit in fine if Link was a female in some Zelda games. Though I don't get why Bob thought Link looked female in the trailer, just looked like regular old Link to me.

Aren't Wii U sales like crazy up right now? I already have one so, yeah.

Falterfire said:
Oh thank god. I was terrified we were going to have to sit through another week of Game Overthinker.

Bob, I love most of your stuff, but I just do not like Game Overthinker.
Click to expand...

Thank you for this comment, because I almost missed an episode of Big Picture. I watched 3 seconds and immediately turned it off. I completely agree, everything else Bob does, writing or videos or otherwise, is great. But Game Overthinker is just not my kind of web series.

So to Bob: Nice gag at the beginning, but it almost cost you this view and I can imagine it might have cost you other views as well.

A lot of people are going to try and downplay it by saying "making Link a woman wouldn't be that hard". Yeah. It wouldn't be hard. That's the point. So many companies are acting like having a playable woman character is some great challenge, and this would go against that notion.

Yeah, but Link has no personality(outside of certain games like WindWaker).

It's not the gender that makes a character, its the quality of writing, and Link just isn't that interesting. It would just be another Zelda game if all they did was change the character's gender. Unless Nintendo are sufficiently married to the idea and change up the game significantly to reflect a female perspective, it won't make much difference.

Appropos to the writing being a crucial factor, Geralt of Rivia may be a "generic white dude" to some people, but he has a lot of nuance that most AAA games' protagonists don't. He is respectful of nature, aloof, but understanding. Charismatic but also stoic. Resourceful and insignificant. Changing his gender would change everything in the story. Literally, everything, and it would be more siginificant than a gender-swapped link because the games would have an entirely different story, and an entirely different feel to them considering its another Game of Thrones-esque, high fantasy, dark medieval RPG.

Also, CDProjekt are Polish devs, not like the US-dominant game devs who make the majority of "burly white dude" game's protagonists. Cultural variation does make a difference, and since they're one of the few prominent Eastern European devs out there, I don't think they deserve as much crap as say Activision does for their constant lack of well-written female protagonists.

It could be that this time, Link would be allowed to change genders and even races like the Pokemon protagonist. Keep in mind that the concept of "Link" is that he is the link between the player and the game, a blank slate to some extent. That point would be pushed further by such an option, while the iconic Link we have seen before will be the default and primarily-marketed option to appease the conservative fans.

Falterfire said:
Bob, I love most of your stuff, but I just do not like Game Overthinker.
Click to expand...

It could be that you just don't like the story of the Game Overthinker. For those of you unfamiliar, it's just Bob green-screened and voice-modulated to take the places of several characters that represent certain opinions while dull effects indicate the world being at stake. It's experimental and very questionable in quality, unlike Bob's well thought-out opinions.

Fappy said:
As cool as it would be I'd actually prefer that they just go all in and make Zelda the protagonist for a change. Who doesn't want to play a magic ninja elf who is wise-as-fuck?
Click to expand...

I'd... like some co-op opportunities here. Team up Link and Zelda, especially since Zelda has always been better (and more effective)as a tom-boy than in a dress.

I would love a Zelda game where you played a female lead, it just seems a natural fit for me.
I was hoping this would the be the case this time around and sadly it seems it isn't.

That said, I might get a Wii U just for Splatoon, that game looks amazing!

PS. I was really scared for bit you were going to use those characters for the entire episode again.
T

Back when Bob first brought up the idea of a female Link, I was right on board with him in saying that it would be a good idea. I would absolutely play a female version of this character if given the chance. Hell, by having Nintendo do this, to have the main character of a franchise so constantly accused of perpetuating old notions of "damsels in distress" become a woman would be a clear sign that their company is one of the more progressive forces in the video game world.

And maybe we might just get that. Remember, this is still just a trailer, so now that Nintendo knows that there's a major audience out there that would wantr this kind of change, we might just get it. All they'd need to do is tweak his in-game design a bit and re-write some potential dialogue texts lines and it'd be a sure thing. 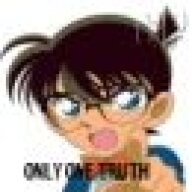 I think the amount of anime I have been exposed to automatically made me see that bishounen link was a dude, but it was fun to speculate about it. Also out of all the three big companies Nintendo was the one with the most women characters being shown I mean Bayonetta, Splatoon and Hyrule Warriors all had respectable females