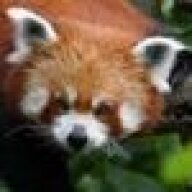 Yay for Guild Wars 2 and their genius fix to this problem. A cash shop item that takes the stats from one piece of armor and puts it on the piece you want. You're still only wearing one set of armor, unlike in LotR:O, but it just has modified stats.
They make money and people get what they want. ArenaNet FTW. :3
R

I realize this is an old topic, but the Phantasy Star Online series has been doing this right for years, and they haven't made you pay any real money to do it; aesthetics are separate from armor. You pick what you want to look like, and armor makes very little difference in your appearance. Hell, what little visual effect armor does have can be toggled off from the item menu. It's really as complicated as this needs to be.

Of course, you're still at the mercy of the designers, and I really don't care for the outfits' aesthetics for the most part, partly because the outfits often cater to the billions of lolis running around, and on the non-robotic male side, it leans pretty strongly on the side of... uh, flamboyance. If you want to make a female that looks like an actual woman, or a male that doesn't look like a space clown, you're more or less fucked.