So over time things tend to change names. A perfect example is when things get re-branded or change ownership. There are plenty of other reasons for such changes, but they happen. The reason doesn't matter, it happens, and often we tend to not go along with the name change. What are such examples of that for you?

For me it's a radio station. Here in Montreal our big pop radio station is Virgin Radio, and while I most often listen to its rock sister CHOM 97.7, I sometimes end up listening to them for whatever reason, but I, having listened to them mostly before the Virgin takeover, I still call it Mix 96.

I also still consider the DS and 3DS to be Gameboys.
S

I call spandex spandex still. I was really confused when I was coaching some high schoolers and they kept saying, "Under armor." And they looked at me like, "What the heck is spandex? You mean what super heroes wear?"

Sniper Team 4 said:
I call spandex spandex still. I was really confused when I was coaching some high schoolers and they kept saying, "Under armor." And they looked at me like, "What the heck is spandex? You mean what super heroes wear?"
Click to expand...

Under Armor is a friggen brand... 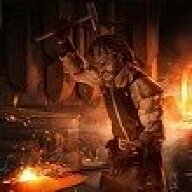 Jigga-watts and Jigga-bytes. its just funny and surprisingly not many people get the reference. Often even if I say 1.21 jiggabytes or jiggawatts right after.

Saelune said:
I also still consider the DS and 3DS to be Gameboys.
Click to expand...

Oh yeah, they DID refer to it as the Gameboy DS for a short time. I completely forgot about that.

Sniper Team 4 said:
I call spandex spandex still. I was really confused when I was coaching some high schoolers and they kept saying, "Under armor." And they looked at me like, "What the heck is spandex? You mean what super heroes wear?"
Click to expand...

Hell, I didn't even know Underarmor was spandex. I thought the whole point of it, and why it was popular, was because it used something new.

The only one I can think of is a subway station. For school, I had to get off at 23rd Ely Avenue. It was around when I finished school they changed the name to Court Square 23rd Street, so it's still Ely to me.

Doesn't hurt that the wall mosaics for the station all still say 23rd Ely.

I occasionally refer to recording a t.v. program as 'taping' it, even though I haven't used a VCR in close to a decade.

Well, I'm sure there's a number of them in there, but I can't remember them all right now. I can tell you it has alot to do with not caring much for political correctness. You're a waiter and a waitress, a steward and a stewardess, and there's nothing to be ashamed of. Servers are equipment for hosting great deals of information in a completely different profession, not titles for people. PC culture tends to go a bit crazy.

I, and several other native chicago residents, refuse to call the landmark skyskraper the Sears Tower. SHIT I mean the Willis Tower. Deeply ingrained habit. Similar thing with Comiskey Park, now US Cellular Field, but it changed names so long ago not as many adhere to that. I do solely because I prefer the name.

Don't we all call Sony Entertainment Network as Playstation Network?

Right. And there are a number of companies we call Shit instead of their birthname. You know, like EA, Ubisoft, Activision...

I've never stopped calling it PSN. The name change was a bad idea and Sony should feel bad.

Yes I know the World Wildlife Federation won the right to the initials but dammit I watched WWF as a kid with the likes of Hulk Hogen and The Undertaker!

I often call certain bits of games levels even though the game in question doesn't really have levels like in the olden days.

For the Motorsports fans out there. The Red Bull Ring. I will call it the "A1 Ring" of old. Neat track.

Some still call a Nissan a Datsun for some reason. I dunno.

There is a building in Antwerp which is officially named the KBC-toren (KBC Tower). It's called that way in tourist guides official documentation and whatnot, and KBC (which is a bank) would really like it if everyone referred to it as the KBC-toren.

But, one one from Antwerp does that. Everyone still calls it by its old name: Boerentoren (Peasants Tower). As far as pretty much all Antwerpians are concerned, that is its real name and KBC can go suck it.

I still call kids 'procedural RNA experiments', which apparently isn't what we refer to them as anymore. Now they got to have names and everything.
I still refer to food as 'unsuspecting prey' but now everyone expects me to be civilised and buy characterless factory meat instead of ripping apart their family pets for supper.
I still refer to my short-lived partners as 'seasonal-mates' but apparently they have feelings now and I'm supposed to take them into account, oh and they have names too...of all things! Why does change have to keep happening? When will this PC culture juggernaut ever end?? When we have to be afraid of hurting our imaginary friend's feelings in case the imaginary hammer of justice comes down on us squashing us into shame and submission??

*Sigh* Completely lost my train of thought again. Pidgeons!! ... Apparently they're 'pigeons' now. Or always were. Ok, it doesn't make a difference when spoken, but that's beside the point. Nobody informed me when they clinically extracted the 'd.'