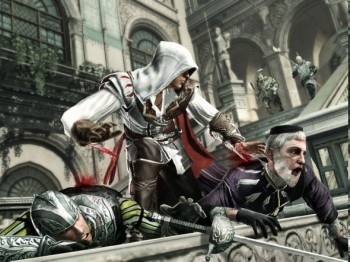 Silent Hunter 5 [http://www.ubi.com] DRM over the weekend, but says that only a very small percentage of its users were actually affected by the outage.

Ubisoft's servers failed [http://www.escapistmagazine.com/news/view/98927-Ubisoft-DRM-Authentication-Servers-Go-Down] around 8 am GMT yesterday and were reportedly down for more than ten hours, during which time owners of Silent Hunter 5 and Assassin's Creed 2, released in Europe last week, were unable to access their games. Naturally, owners of the games were not happy about this turn of events, in no small part because it's exactly the sort of nonsense that was predicted would happen when Ubi first revealed its "always online" DRM plans.

Confusion reined during the crash, even among the company's own representatives, but Ubisoft is now claiming that its servers were actually attacked over the weekend, leading to the trouble. "Ubisoft would like to apologize to anyone who could not play AC2 or SH5 yesterday," the company said in a statement.

"Servers were attacked and while the servers did not go down, service was limited from 2:30 pm to 9:00 pm Paris time [1:30 pm - 8:00 pm GMT]," the statement continued. "95 per cent of players were not affected, but a small group of players attempting to open a game session did receive denial of service errors. All players with an open session during the attack were not affected."

The company also maintained that despite reports to the contrary, its hot new DRM system hasn't yet been cracked, adding, "We also confirm that, at this time, no valid cracked version of either Silent Hunter 5 or Assassin's Creed 2 are available."

The DRM servers are reportedly back on but Ubisoft is still apparently suffering from problems of some sort: As of 10 am EST on Monday, the Ubi forums, including this official "DRM problems" thread [http://forums.ubi.com/eve/forums/a/tpc/f/4721051016/m/7481010838/p/13], are only available on a very intermittent basis.

Is it even possible to return your copy of PC Assasin's Creed 2? I figure a lot of people probably want to at this point.

If people are pissed off enough to attack your system, your doing it wrong.

I'm willing to buy the story of a DOS attack, but that doesn't let Ubisoft off the hook. Even if you think that customers need to be monitored 24/7 to prevent them from suddenly pirating a game they already bought (which is 'pants-on-head' retarded), it makes no sense to implement a measure that requires your servers being reachable at any time if you can't even guarantee that your servers won't go down the first one some kiddies decide to unleash a simple DOS script on them...

The whole attack would never have been a problem if they didn't have such draconian DRM measures in the first place, and it's more than likely that the attack wouldn't even have happened in that case.
A

Interesting how they blame pirates when a system to keep out pirates malfunctions.

"If we didn't have all these rats here then our rat poison would have worked perfectly" Is not a valid press release when a human died of said rat poison.
B

Blaming it on an attack doesn't make your customers any more understanding if they can't play a game they just bought.


Irridium said:
If people are pissed off enough to attack your system, your doing it wrong.
Click to expand...

Here's hoping they can't get it fixed. Serves them right.

Irridium said:
If people are pissed off enough to attack your system, your doing it wrong.
Click to expand...

But, of course all Ubi are thinking off at this point is £££!

It seems like every possible thing that could go wrong with this, is currently happening.

Good job at devouring your own words, Ubisoft.
A

Way to not take a hint.
If a DOS attack can cripple the ability of thousands of players to play their single player game, your product is shit.

Morons. That's pretty much all I wanted to say really. Who knows, maybe they're just really elaborate trolls, but I doubt it.

Yeah, I'm willing to believe they were attacked by hackers, but it still is plainly evident that if they hadn't chosen this form of DRM, they'd not have pretty much turned the internet against them.

*looks up at Blackstar* hey there Mister tee-ah-timmeh!

My question is, if it had only checked in with the main servers once per gaming session, at the main menu, instead of in game, would that have been less secure? It could still check every time it was played, and force feed your PC updates to defend against cracks etc, but it wouldn't have interfered with legitimate play from genuine customers.

That's on PC btw fellas. Anyone sat right now with a console version going "How on earth.... did I travel through time?". No, you did not, you are just an idiot.

OT: No cracked versions? They missed out the "yet". Poor poor ubisoft, you think your so smart. Nah ah ah

CD-R said:
Is it even possible to return your copy of PC Assasin's Creed 2?
Click to expand...

Nope, because of piracy.

1) Its plausible, but I don't believe their excuse. They're hardly going to admit its already gone wrong through any fault of their own, are they?

2) It doesn't matter what they count as 'small', its not good enough. 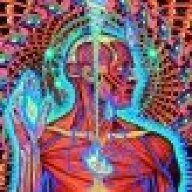 What I'm wondering is how accurate that "95% of users had no problems" statistic is. I read a lot of posts on this board and on the Ubisoft forums and not one said, "My copy is working just fine."

To be honest, I call bullshit about them being attacked. I also call bull that only 5% were affected.

Funny how, because I checked...

Also, called it first, before the news.

Zepren said:
That's on PC btw fellas. Anyone sat right now with a console version going "How on earth.... did I travel through time?". No, you did not, you are just an idiot.

OT: No cracked versions? They missed out the "yet". Poor poor ubisoft, you think your so smart. Nah ah ah
Click to expand...

Don't worry, the game is released in America tomorrow. Only Europe has it now (and Australia, but I'm not sure, too busy to check).

sirdanrhodes said:
To be honest, I call bullshit about them being attacked. I also call bull that only 5% were affected.
Click to expand...

Maybe the other 95% included console players and people who weren't actively playing? I could easily see them going, "Well, XX million people bought the game, but we only have a couple hundred thousand callers complaining about not being able to play..."
Show hidden low quality content
You must log in or register to reply here.
Share:
Facebook Twitter Reddit Pinterest Tumblr WhatsApp Email Link
Top Bottom