Sure you have Ubisoft. I'll believe it when I see it. Incidentally anyone taking bets? 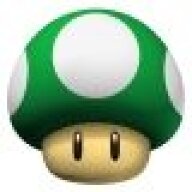 Granted, the hyping can be considered iconic now.

Well theyve said what EA hasnt. I will give them that.

Now all they have to do is follow it up.

But Watch Dogs was playable at E3. You were playing it on a targeted machine! And all those features are still there and run on the PC version!

So what they're saying is....the PC version is going to be gimped from the start so the Xbox and PS don't look bad?

Ugh, you know what the worst thing now is going to be? This Ubisoft as we know it now is going to dive into their list of brands and is going to find something with some sort of brand recognition and they are going to make a terrible sequel and try to get some cash flow going again.
And the are going to ruin a great game in the process.
And that game will be Beyond Good And Evil.

Yes, let's trust a sociopathic CEO of a company that releases broken games and games that don't look or play as advertized. What could possibly go wrong?

You are just going to copy EA and learn to stay quiet when you can't do anything right. 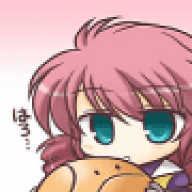 I'm still boycotting all Ubisoft games until they put down the abomination known as Uplay.

Soon as they do that they will get a couple hundred dollars out of me for the games I want to play but refuse to buy on principle.

Even disregarding the high probability of Ubisoft quickly forgetting they ever learned this very important lesson... does anyone else think it extremely sad that this is something Ubisoft (or any dev or publisher) had to learn? That ensuring the game runs properly on the target hardware platforms is basically the most important thing of all? How can this not be the very first rule of Game Publishing 101?

im done with ubi titles. thought i play some AC2 again, but i have hardly no sound in the game. no dialog, hardly any of the sounds from weapons, etc and some of the background. also, it didnt show on uplay that it is available to play. just shows "download". WTF?? i have just installed the game from the disc. uplay was even running. went to the folder where the exe is to start the game but as mentioned: hardly any sound.
the same with AC4. installed it from the disc but shows download. after deleting it and trying it again, it tells me its already installed. after addressing it in the forum, i got permanently banned for no reason, as stated.

fine; if ubi wants to be a jerk about it so be it. watchdogs was ok but sure has trouble to run normally. regardless the settings. so ubi will not be getting my money for a very long time until they they really learn from their mistakes. which i think will never happen.
H

Honestly? I liked Watch_Dogs, but then again, I don't watch the annual hypefest known as E3 so maybe that had something to do with it.

I think if Ubisoft want to learn from the mistakes of one of their games then they should learn from the abomination known as Assassin's Creed Unity though.

Yeah, "we have learned", "we know we were wrong" and "we changed, trust us"... I wonder where I've heard those words before.

IIRC Jim Sterling made one episode about this shit and I still can't believe people are falling for this shit. Yeah, I totally believe Ubishit learned from Watch Dogs. Unity is obviously a product of them learning from WD. Look at all the improvement man.

Oddly, I had no interest in Watch_Dogs because it was made by Ubisoft, not because of some misleading hype. I wasn't interested in playing a game that I knew would have a cliff hanger ending and nothing would be resolved.

No, Ubisoft. Shut the fuck up with your lies already. You haven't learned a goddamn thing since ever.

But will there be a story or some more cut and paste blandness as far as the eye can see? because i was pretty sure that was watch dogs actual problem.

these two games are actually very good and amazing. child of light became my game of the year.

Would it kill you guys to, instead of immediately entering uber-cynical-edgy-teenager-mode, to maybe have just a bit of quiet hope? It would do wonders for my blood pressure, and Ubisoft was a great publisher not too far back.

lacktheknack said:
Would it kill you guys to, instead of immediately entering uber-cynical-edgy-teenager-mode, to maybe have just a bit of quiet hope? It would do wonders for my blood pressure, and Ubisoft was a great publisher not too far back.

No, there really is no reason to cut them some slack because you're wrong with what you said. You see, Ubisoft was a great developer not too far back. Their publishing arm however has always been garbage. Don't forget that prior to their UPlay mess they openly declared that almost all PC users are pirates, and prior to even that they were the only major publisher to actively use, promote, and endorse the system killer DRM that was Starforce to the point that they berated any company that didn't use it. Sure EA and Activision are terrible, but they didn't utilize a DRM system that physically damages machines. Finally don't forget that they've made these claims before in the past and well, clearly they haven't learned anything.

So no, they don't deserve any "benefit of the doubt" because at no point have they ever earned that privilege.

gigastar said:
Well theyve said what EA hasnt. I will give them that.