Pyramid Head said:
You have ****, but we have spaz. That one is pretty benign here but is pretty controversial in the land where people drink tea and never see the sun.
Click to expand...

Nah, people are quite happy to call each other spaz/spastics here too. In the same...general area, Flid is the one might cause a fuss, though it's a bit outdated. 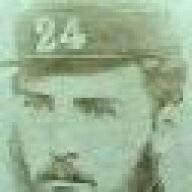 If you think our use of the C word is bad, you should see what we call "canola"...

Australians are (purported) to use **** explicitly, in all honesty I don't see it. I've lived in Sydney most of my life. I hear it approximately.... well, apart from the Damo and Darren short this is the second place I've seen it most often used.

I don't think it's got anything to do with cultural acceptability rather adequate use. I've never used it, mainly because it seems like a word applicable to those who really wish to insult someone. I would think it would be more liberating to have a few words generally offgrounds if they then serve to adequately offend someone than to pretend like calling someone a '****' is business as usual.

It's less politically correct sensisibility and more simply sensibility. If words are meant to have weight, treat them as serious extensions of meaning. Keep something in reserve. If it means I have access to a word to shock and offend someone who has done me all sorts of social torment, then I don't mind renouncing any civil sensibilities of it.
Show hidden low quality content
You must log in or register to reply here.
Share:
Facebook Twitter Reddit Pinterest Tumblr WhatsApp Email Link
Top Bottom