What have you purchased recently?

Renewed PS+ subscription. 25% off, $30 total. No point waiting another 6 months of inflation, might as well stack the subscriptions. And I don't have to worry about it again until December 2022.
Reactions: BrawlMan

Besides Steam purchases, I've bought fuck all because of the pandemic. 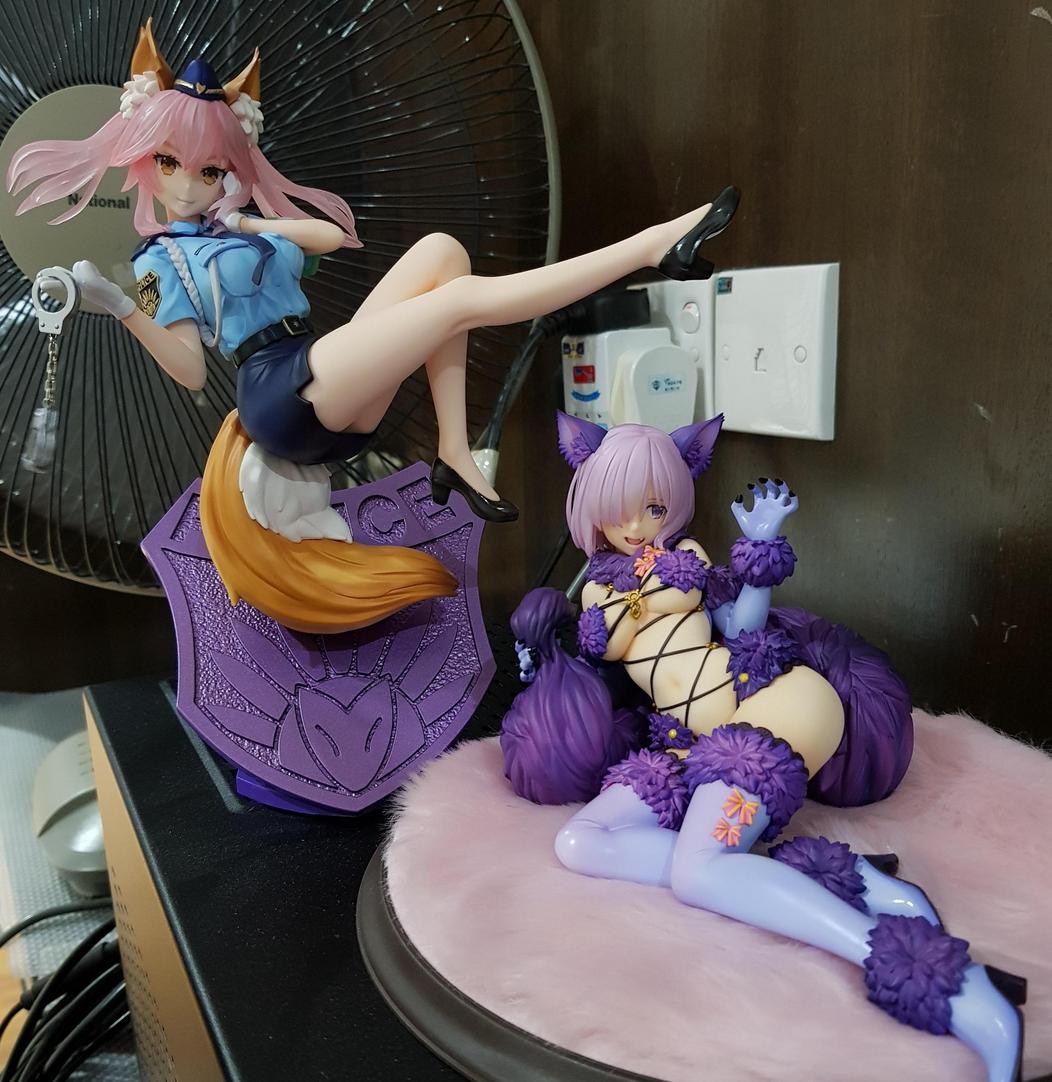 The lockdowns did ease up at one point and I snuck out to buy some figures at a local shop. I normally order them online but I was worried about flights and shipping being frozen and not actually getting my stuff. I think this was back in September or something....

Even though I've stopped playing Fate Grand Order ages ago I'm still such a slut for their figures....
Reactions: gorfias 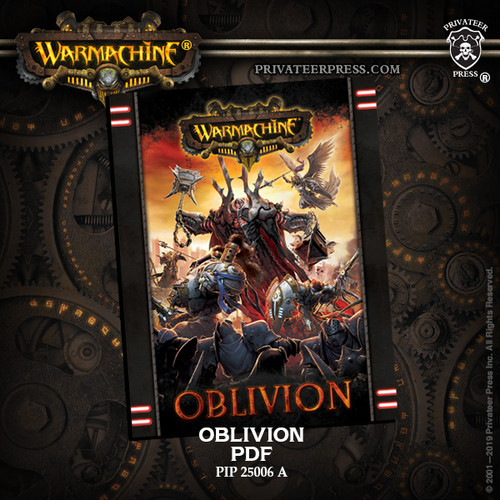 This... and I can claim it on expenses! LOL

Other than that, not much... but I'm showing how much of a domesticated ingrate I am 'cos my wife and I got excited about getting a parcel that promised... sponges. -____-'

Got a very exclusive coupon from GoG! $4.49 for Hellblade: Senua's Sacrifice. I actually got it for like $8 a year or 2 ago for PS4 but I game more on my PC than on console so, what the heck. Support the developer. I understand part 2 coming soon.

Last Friday I went and picked up:

Well, it wasn't a "recent" purchase seeing as I invested in the Kickstarter almost two years ago, but my ODD Ball just showed up. It was stuck in development hell forever, then the pandemic hit, and the developer went silent. I'd forgotten all about it, then a package showed up, and I'm like "OH SHIT!" ODD Ball is a novelty beat making device: you download an app to your phone, select sounds, then make music by bouncing the ODD Ball, a rubber ball roughly the size of a baseball.

I bought a car.

Its a 2021 Toyota Aygo - because I really like small cars. Honestly, if I won the lottery tomorrow, i'd still probably drive a small hatchback.

My last car was a 2018 Aygo, which had its lease expire, so this is only a minor upgrade, but being able to use Android Auto, and not needing to rely on a phone mount is a huge benefit, because the car's dashboard is allergic to basically any kind of phone mount.

Moving on up!
Reactions: gorfias, Mister Mumbler and BrawlMan

Not my purchase. Kids got this for me for dad's day. Totally not even on my radar. I cannot believe they did this. Now to figure out how to populate it...

I pre-ordered the Castlevania Collection (Bloodlines Edition) on Switch and Double Dragon Neon (Switch). My Limited Run orders of No More Heroes 1 & 2 came in today. I almost have all the NMH games on Switch. I'll probably finish the pre-order for No More Heroes III today at my local Game Stop.
Reactions: Dalisclock

Super Mario Odyssey because it was on sale and apparently it's pretty good. I love describing it to people as "That game where mario uses his hat to possess people. That's not even a joke".

Since my old PC is getting creaky and is running Windows 7(I told myself I'd install windows 10 when I bought a new PC, because Win7 has been working just fine so far for me), I ordered a bunch of parts to build a new one in a week or so. The only part I want to upgrade but I can't realistically do so is the GPU, because anything notably better then what I have now(Nvidia 1060) is fucking expensive(Fucking Crypto miners....). Everything else is arrived or en route through the mail.

It's costing some money but my current PC lasted for 10 years without much issue and hopefully this new one will do just as well. I'm honestly kinda shocked my Windows 7 PC has been running games as well as it has so far. Not at Max Settings or anything but they tend to run smoothly and look good enough and very few games require Windows 10(though now I'm finding more that do).
Last edited: Jun 30, 2021
Reactions: BrawlMan

laggyteabag said:
I bought a car.

Its a 2021 Toyota Aygo - because I really like small cars. Honestly, if I won the lottery tomorrow, i'd still probably drive a small hatchback.

My last car was a 2018 Aygo, which had its lease expire, so this is only a minor upgrade, but being able to use Android Auto, and not needing to rely on a phone mount is a huge benefit, because the car's dashboard is allergic to basically any kind of phone mount.

But seriously, your car looks like a Fiat 500 making this face: 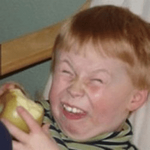 But seriously, your car looks like a Fiat 500 making this face:

I just like small cars. The engine could be a little beefier, as the 1.0L really struggles with hills sometimes, but I honestly do not see much of a point in getting anything larger. I only need to drive to work and carry a few bags of shopping every week.

I've seen a whole bunch of comparisons between the Aygo and other super small hatchbacks, but the dealership I work for doesn't carry any of those brands, so I just took the massive discount on the one car I could get.
Reactions: Mister Mumbler and BrawlMan

I tried to get him into PC gaming a few years ago, and he has basically just been running on my old 2nd-hand components, and the bare minimum, ever since. My old FX 8350, and an RX 570 that he picked up on the cheap.

Late last year the FX 8350 finally bit the dust, which meant that he had to replace almost his entire PC to get something even remotely modern. We ended up going for an i3 9100F which very happily fit the bill of "I just want it to work, and I don't want to spend much money", and it offered a decent performance boost over the old 8350, too. Win-win.

Now though, he has really gotten into streaming, and also running a YouTube channel. Turns out a 4-core CPU doesn't quite cut it.

We ran through a couple of choices - like just swapping out the CPU for a i5 9600 or an i7 9700, or maybe replacing the whole motherboard and CPU for an 11th Gen intel chip, or a Ryzen chip, but without me being there to help him through it (I live about 3 hours away) - guiding him through it over videochat can be quite stressful.

So, I threw the idea of a prebuild out there, gave him a rough price range, and, well, he wasn't against it.

New GPU
New processor
All done for him
2 years warranty
Sell the rest - it is a seller's market, afterall

Makes me sad that he had to get a prebuilt, but considering the current costs for everything, im pretty impressed with the price.

Pirelli soft compound tyre keychain. Got one for my gf, dad and myself in homage to our Formula 1 fandom. It was a “buy 3 get 1 free" sale, so I gave the fourth one to the guy at UPS, a stranger who while boxing up the Lewis Hamilton t-shirt I bought to send to my dad several weeks ago, recognized it as an F1 shirt and turned out to be not only an F1 fan as well, but also a fan of my driver, Valtteri Bottas. Let me tell you, you’ll never make a faster friend than someone who appreciates the same F1 driver as you, particularly when said driver is often the butt of ridicule as Bottas is.