David Bjur said:
Wow, I didn't expect that. I just got Mass Effect 3's ending spoiled to me.
Well, F*** you Critical Miss.
Click to expand...

I haven't played it either, and I've still picked up that much from what people around me say.
Click to expand...

I find your response offensive, and the reason I haven't heard of it is because I have avoided Mass Effect threads and threads that has high spoiler-value.

NinjaDeathSlap said:
You managed to go this long without having the ending to ME3 spoiled for you?

Where was your internet connection these last 2 months?
Click to expand...

As I said to the other guy, I avoided threads that could potentially spoil the ending to me.

chaosyoshimage said:
Sigh, me too, although I had most of it put together anyway, so this just confirms it. I JUST started the game too.
Click to expand...

Yeah, me too, one of my friends spoiled that explosions had something to do with the ending and with all the "MASS EFFECT 3'S ENDING SUCKS" threads I was sort of guessing that you would blow up something that you treasured. Luckily we have Critical Miss to help us figuring out the ending.
And I haven't even gotten to insert the disc into my Xbox....
Click to expand...

Considering the fact that they're coming out with the extended cut DLC, knowing what the current ending is voided sort of.

Says the guy who responds to You Should Know This Already spoilers with an f*** you.

Being an easily offended offensive person isn't exactly an approach that'll endear you to many people.
E

So true; absolutely on the money. Poor Shepard! I know how he feels myself; can't even be vaguely interested in anything related to Mass Effect anymore (though not quite how he feels, it's not like that ending affected my whole life!).
C

The Gamer's Guide to Problem Solving.

Oh. So you're displeased with the ending of Mass Effect 3?

Funny. I seem to remember a comic dedicated to informing us how we're crybaby pussies if we didn't like the ME3 ending [http://www.escapistmagazine.com/articles/view/comics/critical-miss/9541-Mass-Effect-3-Retake-This].

So do we have your official permission to be upset by the ending now? 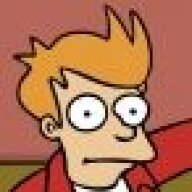