I tend to be part of the Games Workshop Defence Force, and have defended Matt Ward at times (and decried Phil Kelly, which has gotten me into some... debates).

I am part of the Metal Gear Solid Defenders Sans Frontiers and the Sons of Kojima, where I point out that it's a good games series and can you play the game before judging?

I also like the yearly Assassin's Creeds, so I suppose I'm that as well. 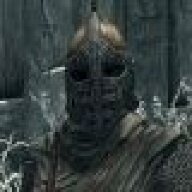 I am part of the Skyrim defense force. If Some guy is bashing my favorite game, I am quick to leap to it's defense.

Wow...saying i'm part of a defense force makes me sound like a fanboy.

I am the defend force officer of-

Yes all three has flaws but still-
RWBY- Why stomp on Monty dream being made reality?
The Butterfly Effect- One of the few films out there that got a deep message/ morals (action and the repercusion/ consequences).
Paific Rum- It pretty much the original film out there among the Hollywoord remake, reboot or copy and paste craps.

(Also would it be defener or enforcer?)
T

I saw some things man, and some stuff - I wouldn't recommend it.

There was a time, I served with the Bioware Defence Force, those were good times. We were riding high, one victory after another. It seemed like the good times would never end...

... We didn't see it coming. When the attack came, and it did, it was from the last place we expected. It wasn't WoW Coalition, or the League of Bethesda Defenders, no, the attack came from within. Our own people, they dropped Dragon Age 2 on us. There was a blinding light and all I could hear was the weeping of gamers and the shattering of discs. Then the others came, and every criticism we had ever hurled in defence of our beloved Bioware, the recycling of environments, dumbing down to broaden appeal, rushed to the point of broken, it was all thrown back at us a hundred times.

Those of us who made it out, we fled into the darkness, we dared not look back.
S

I am usually of the 'Not Giving a Shit if You Didn't Like It' defense force, because I really don't give a shit if you don't like game XYZ.

I will still defend some games and media if I feel like they get too much hate, like the Call of Duty series.

Haiku Defense Force:
Keeping the syllables in
Line since forever...

Other than that, I'm part of the Keyblade Defense Force, the Pony Defense Force (although I'm more like a boring Rodger Smith in most situations), the Anime Defense Force (specifically in the Nostalgic Showcase Corps), the Hip-Hop Defense Force (the "hardest" one to be apart of in comparison to the ones I'm already apart of so far), and, as of recently, the Random Defense Force...

If that last one confuses you, then that's means I'm still doing my job, bra...

The Rogue Wolf said:
Loner Defense Force. No, we really don't want to talk to you; no, we're not just shy; no, we're not actually sociopaths just because we're not as social and chatty as you.
Click to expand...

Bravo! Count me in!

Well in real life I many times find myself being part of the Denver Broncos Defense Force. Not the Colorado Rockies though. I don't have to defend them really, but I don't think I could. They are awful. It sucks.

I can't think of many things I like that I see or hear getting regularly attacked.

Dreamworks Defense Force. there we go. Kung Fu Panda 2 is the gold standard for animation, and if you didn't like that movie you are a bad person!

Apathy defence force? I enjoy a good wrangle on a discussion board sometimes, even when you are in the wrong its good to work the brain cells from time to time but generally I do not give a f**k to actually defend anything or get worked up because someone else doesn't like something.

I'm a proud member of several defense forces, actually. For games, it's Resident Evil (yes, ALL of them minues Survivor and the Outbreak games...and even then), Dead Space, now that I'm finally playing it The Last Of Us. For anime, I will defend RahXephon, Witchblade, and GunXSword to my dying breath. And I swear to God I will go after people like a clicker with a taste for carotid carryout if they badmouth any of those.

Also, is there such a thing as an attack force? Because I'm part of a lot of those...

A couple of prefaces.
1. I'm not much of a defender, live and let die and all that.

2. When I do defend, I do it in real life, because the internet is the world where everyone but you is wrong so I tend not to argue around here.

All that said, Godzilla and Pacific Rim.
I will stand between you and a gigantic lizard or robot if I may shield their feelings from the ill-will you wish to spout upon them.

I do that all the time.

"My God, what's this?! Someone is wrong! On the internet! I shall show them the error of their ways, I shall smite them with the fury of a thousand posts, I shall systematically disprove their every asser... ehhh, fuck it."
Show hidden low quality content
You must log in or register to reply here.
Share:
Facebook Twitter Reddit Pinterest Tumblr WhatsApp Email Link
Top Bottom