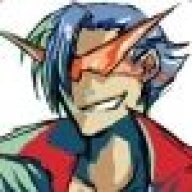 I have to agree with you on the whole Nintendo situation, they have such wealth, talent and resources to create so many great new games but they just constantly stick to the same old over and over again. Their fanbase is massive, there's no reason why they can't take the risk of creating a new IP that at least has an interesting script. Instead, every time Nintendo go for the easy option and churn out another Mario pal or Zelda title. It's amazing how they get away with it, like you say, any other developer would be lynched for doing such a thing.
J

You mentioned Hero Quest. You are now 8+ shades of awesome and I'm recommending that Yahtzee replace Good in the 3rd revision of the Ministry of Truth's New Speak dictionary.
S

LOL! too funny, and extremely accurate! I gave up on zelda after WW, The forced sailing for triforce made me tear my pubes out. Really.
B

he's right, stop banging on about flak towers (look closely) it's only blooby a game review, a funny one mind you, keep it up.
N

Reminds me of your earlier review about consoles and the Nintendo idea of beating a dead horse often enough you still get some life out of it.

But their fan-base doesn't care...
E

jaredgood1 said:
You mentioned Hero Quest. You are now 8+ shades of awesome and I'm recommending that Yahtzee replace Good in the 3rd revision of the Ministry of Truth's New Speak dictionary.
Click to expand...

Yes, this got my nostalgic nerd juices flowing too.

Also you were speaking even quicker than your usual blistering pace there, Yahtzee.

And nice but of self-deprecation there with the single women bit.
J

So I guess you enjoyed Okami?

It would be fun if those reviews had subtitles or something so we can all understand what Yahtzee is saying. I have trouble fellowing what he say from time to time and it's frustrating to replay the same video over and over again just to understand a small part of the video.

Who's with me on this one?

Here's a picture of the princess to help my point get through.

Great review as always, i gave up after Majora's Mask though. So bloody sick of Zelda games.

By the way did anyone else notice that the escapist site was down at 11:00? Guess we are redefining "slashdotting" on wednesdays.

Aramax said:
It would be fun if those reviews had subtitles or something so we can all understand what Yahtzee is saying. I have trouble fellowing what he say from time to time and it's frustrating to replay the same video over and over again just to understand a small part of the video.

Who's with me on this one?
Click to expand...

Sort of, I think subtitles would be too obscuring considering the size of the video player however a transcript would be good. 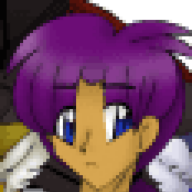 Out of curiosity, how do you feel about those rare cases when Nintendo does use their usual character lineup but throws out the standard plot and goes with something different? (like that old Game Boy game, Link's Awakening)
U

doesn't happen enough in my opinion for it to really count...
E

Aramax said:
It would be fun if those reviews had subtitles or something so we can all understand what Yahtzee is saying. I have trouble fellowing what he say from time to time and it's frustrating to replay the same video over and over again just to understand a small part of the video.

Who's with me on this one?
Click to expand...

I think they'd just be annoying. You've got to look at the animation when listening,not read subtitles.
Just watch it a few times, you'll understand everything.

I'm not even a native speaker and I understand him clearly!
K

Whenever Nintendo DID try something new with a series, like Majora's Mask, where Zelda's nowhere to be found except in a flashback and Ganondorf is as good as dead and the plot revolves around attempting to stop the ****ing moon from crashing into the earth all within a three day time period, why does it still get categorized as the 'same Zelda game?'

Anyway, if anyone's to blame for Nintendo 'rehashing' titles, it's the fanbase; after all, the fans kept saying 'we want the Ocarina of Time successor,' and Nintendo obligated. If people really wanted the company to try something new, they'd stop buying the games.

It's just like Metal Gear; Hideo Kojima said he wanted to stop making the Solid series after 2, but people kept begging for closure and hence got Solid 3, but obviously the closure wasn't enough as the fans kept begging for another installment and now you've got Solid 4, and it's obvious that Kojima is ready to put the series to an end regardless of what people think by making Snake die at the end of the title (hinted at it dozens upon dozens of times). But even then, the series might still continue since he made ANOTHER hint in a different interview that if enough people wanted it, he'd continue the series.
C

...wow. I kinda wonder if Yahtzee was still ticked off over Medal of Honor: Airborne when he made this.

Don't get me wrong and suspend my account when I say this, but this isn't a review: this is simply hateful bashing. Sure, the Zelda series seems to now be going the way of the original Mega Man series, and I agree about the shoehorning of the stylus controls, but beyond that it seems to simply be bitter for bitterness's sake. Phantom Hourglass, despite its shortcomings, is a good game that's worth anyone's time, and this video is hardly informative about the game at all, it just rips on it for the sake of entertainment.

But you know what? That's ok. People like Yahtzee are important because they expose hypocrisy and bigotry to an otherwise oblivious world. They may seem lonely, petulant, and vile, but they don't hate mankind, just mankind's excesses. Thus they arm themselves with irony, satire, sarcasm, ridicule, and march against pretense, pomposity, conformity, and incompetence. There's a fair amount of truth in what Yahtzee says after you sift through his seemingly unjustly misguided attitude.

"It is a fine thing to face machine guns for immortality and a medal, but isn't it a fine thing, too, to face calumny, injustice, and loneliness for the truth which makes men free?" - H. L. Mencken

Yeah I have Phantom Hourglass and I have to say that Yahtzee was correct on this one (especially the main temple part). I also see why Nintendo can be infuriating at times as well with the so called "re-hashing" of the franchises. Its not like Nintendo hasnt tried to make new Franchises. Take Elite Beat Agents for example. That game was fun, quirky, and original. But did anybody buy it? Course not because its a fun game and nobody wants that anymore. So yeah they are making new IPs.

And like he said in the beginning, The world without Nintendo would be a bleak place.
K

CK20XX said:
... but this isn't a review: this is simply hateful bashing.
Click to expand...