lancar said:
Not to mention the franchise has been available for the PC, thus actually making me play it, something that can't be taken for granted this day and age.
Click to expand...

I think the AC series has legs, different locations, characters. Say maybe the Falklands war, or WW2 with the protagonist as a Jew assassinating German officials ending with a kill hitler mission.
B

If that's the case, I am glad that I supported them every step of the way. Love the Assassins Creed games and glad that they are able to make another big leap forward.

The games where never slap dash either and always added something new, something other yearly franchises seem to fail to do. Either way I'm looking forward to AC:3 and I'm glad Ubisoft are not just milking their franchises and are making new IPs too! 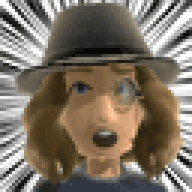 I don't see it as being a "new IP" thing... Same overarching characters, same premise, same overworld story, just a different guy being quantum leaped into. That said, I'm still looking forward to it because of the continuation of that overworld story. We're finally at the point where the game setting and the present day time will be synced, so presumably something very interesting will come of this.

As for the yearly sequels... I liked them, myself. I guess I'm just a sucker for the grandiose settings, but each did introduce new things to the mix (even if in some cases the innovations were minor). And they did just enough to keep series fans' interest topped off over time.

...Sorry, bit of a stream of consciousness thing here... I was going to say "I'm not sure I'd have been as interested in the story if there hadn't been the developments in those years in between" but then I remembered Half-Life 2 2 (As Valve will probably have to call it, what with their seeming allergy to the number three) - I still do want to know what happens there. Not so sure how I feel about the story continuation bit now with regard to that, maybe it wouldn't have suffered if not for the existence of Brotherhood and Revs. Regardless though, the intervening games were good in my opinion.

Late in the cycle? Okay? The shadow of the PS4 and Xbox720 are looming in the near future? Wait, they're not? They're not even announced yet? The cycle will run at least another year, probably two. Please don't try and paint the fact you keep reskinning the same game over and over as some big favor you're doing for us. Oh, I can climb trees now? Yeah that's a big jump.

If the WiiU and all its horrible ideas are signaling the end of big IPs on the other two consoles, the WiiU is probably the worst thing to happen to gaming since they replaced health-bars with smearing jelly on your screen.

Slanzinger said:
I remembered Half-Life 2 2 (As Valve will probably have to call it, what with their seeming allergy to the number three) - I still do want to know what happens there.
Click to expand...

itchcrotch said:
"It's funny, people say it's about how often you release new entries, but I really think it's about how good they are,"
... that's not something you want to be caught saying after Revelations...
Click to expand...

I still maintain that revelations was better than brotherhood

I'm beginning to wonder if Gabe's channeling the spirit of King Arthur. Could be Half-Life 5... http://youtu.be/xOrgLj9lOwk?t=2m9s

OT (to your other post): We've yet to see whether there will be a large jump -- there was a leap in engine between 1 and 2. And it has been being worked on by a mostly different team to the AC2 chapters. True there won't be anything earth-shatteringly different but still...
And I would argue we are late into this generation. Not because of something new lingering on the horizon but just because of how long this gen's been around. The Xbox 360's been around 7 years now, that's a long time to be working with the same tech (in fact as far as I can discern it's the longest gap between hardware generations so far, certainly since the start of the 90s) 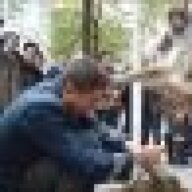 you hate the games

so you keep buying them...

and I think your kind of missing the "point" of the assasin order (or their original doctrin)
Click to expand...

Yep, I keep hoping for one to turn out well. I buy pretty much any new high-profile game, regardless of genre.

And I'm not missing the point of anything here, but I'm sure that you'll attempt to enlighten me in this regard. My biggest problem is with the mechanics. They just aren't good enough, and indicative of an overall awful trend towards automation, streamlining, minimising player input. Dreadful.

Dr.Panties said:
And how about the distinct lack of any mechanics that can even be equated with stealth? You know, like crouching, sneaking, illumination and darkness? You think a haystack suffices? Not one of the protagonists in any of these games has been an actual assassin. They've all been "brigands", or "thugs". "Assassins's" Creed is a misnomer, and your games suck.
Click to expand...

I don't think you know what an assassin is. Stealth is not a requisite to being an assassin.
Click to expand...

Oh, ok. You keep telling yourself that, as you wade (ie: single button tap) through 15 armed and armoured soldiers like a "realistic" assassin. Or "blend" in with your inconspicuous assassin's outfit and arsenal.

Seriously? You're actually going to maintain that stealth and artifice were not essential components of an assassin's modus operandi during any of the historical periods presented in these games? 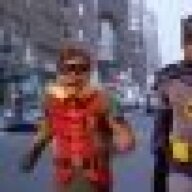 NinjaDeathSlap said:
I suppose he has a point, sort of, but this tactic is not without its risks either. Things we like can end up overstaying their welcome if we see them around too often (see Revelations), and games as large and open as AC games run the risk of being very rushed if they only have 1 year for a development cycle (again, see Revelations).
Click to expand...

yeah, the thing is I like assassins creed but I don't want to (or need to) play one every year, give me some time to actually get excited

Simonoly said:
Yet from what I can see from the E3 stage demo it's still going to have that same horrid combat system that has plagued every game in the series.

Oh well, at least we can crouch properly now.
Click to expand...

Ive never had a problem with he combat

I've always had a problem with more and more shit being piled on top of whats already there
Click to expand...

I think it's just a preference thing. I just found the swordplay frustrating and it really didn't match the flow of the game. You spend most of your time running along rooftops and sprinting through streets and I've always wanted that sense of freedom to be translated to the combat. But as soon as you attack an enemy you lock onto them, there's a fixed camera angle and everything becomes static and slow. I just want more freedom during combat. Although in the E3 demo there is a part where the new Assassin guy grabs a spear and stabs someone whilst running along so hopefully combat scenarios are opening up a bit. 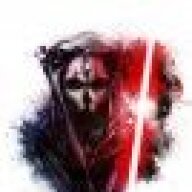 Theoretically, I have no problem with annual releases. The issue comes in wherein the games inevitably, due to the much shorter development cycle, reuse so many assets to make sure the game is released on time, that it's essentially the same game, but worse. Revelations proved that Assassin's Creed isn't immune to this, and for my money Brotherhood was a waste of time too.

See also Call of Duty, FIFA, Guitar Hero, and every other sports game ever since the dawn of EA.

And they couldn't have done it without stunting the story and making the lore a complete mess? Yes, the concept is inherently a bit silly, but it was interesting and provided an enjoyable (if not extensive) reflection on religion - get to AssRevvers and the whole thing goes fucking crazy, apparently they just threw in every bloody idea they came up with.

Brotherhood was an affordable diversion, it filled the gameplay 'bucket' to the brim without spilling over. Revs then overflowed onto the floor whilst someone else laid a big ol' brick in the bucket.

you hate the games

so you keep buying them...

and I think your kind of missing the "point" of the assasin order (or their original doctrin)
Click to expand...

Yep, I keep hoping for one to turn out well. I buy pretty much any new high-profile game, regardless of genre.

And I'm not missing the point of anything here, but I'm sure that you'll attempt to enlighten me in this regard. My biggest problem is with the mechanics. They just aren't good enough, and indicative of an overall awful trend towards automation, streamlining, minimising player input. Dreadful.
Click to expand...

you buy games you hate..[b/]just because[/b] they are high profile as in they will somehow change to your liking..and then complain about it when they don't

thats like me buying COD every year in the hopes that [i/]this year[/i] they will have a decent length single player (as in..it aint gonna happen)

as for the mehcanics..sure..but did you honestly expect that to change? (anyway I dont feel assasins creed is too automated, the free running flows beautifully)

as for the Assasins themselfs (the thing I figure you were missing the point of), the original order (before they went through drastic changes) was about the spectacle, they were a known entity an assassination was about making a public statement

perfectly shown in the opening cinematic of Assasins creed 1

he remains unseen then swoops in like a bird of prey..and then vanishes, a spectacle that adds to the mystique and reputation of the assassins, that's the Idea

even after that, by Ezios time, Ezio could still look like some kind of nobleman/mercinary...and of coarse its easy to get lost in a crowd

yeah, in Brotherhood his outfit its just too much, but then in Revelations its not as bad

"Also, the beauty of Assassin's is that if you do it right it's kind of a new IP," he said. "It's still about navigation and combat, but it's a brand new hero, brand new setting, brand new fantasy. It really is as close as you could get to a big budget new IP late in the hardware cycle."
Click to expand...

It's official, "IP" has lost any vestigial meaning.

Though this could mean Nintendo has the most new IPs of any gaming company.

Except when you reach a point where people either get tired of the formula or tired of the games. At that point, it doesn't matter how awesome they are.