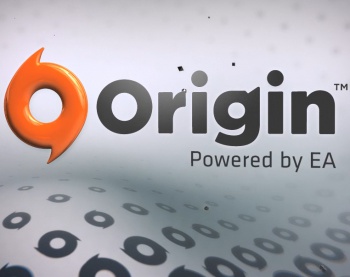 Origin faces backlash from core gamers, but so did Steam, says EA.

If you've been paying attention to the gaming scene over the last few months, you've probably noticed that Origin, the Electronic Arts digital distribution platform, is offering to list crowd-funded games for free [http://www.escapistmagazine.com/articles/view/columns/experienced-points/9359-Dear-Origin-You-Stink].

"The hardcore sometimes has issues with Origin, but they seem to love these crowd-funded games," says David DeMartini, chief of Origin at EA. "It was one of the few things we have done that wasn't controversial and nobody had anything negative to say." Judging by some of the reactions on this very site [http://www.escapistmagazine.com/forums/read/7.375551-EA-Offers-Free-Origin-Distribution-For-Crowd-Funded-Games], DeMartini has a somewhat liberal definition of "nobody." At the same time, Origin's embrace of indie developers does seem to have fostered some goodwill for the sometimes-controversial service. "Origin represents a change," DeMartini adds, "and anytime EA does something that is significant in the industry, it generates a certain amount of reaction."

While Steam seems to be the go-to digital distribution service these days, DeMartini is quick to point out that its status as the darling of PC gamers everywhere is a relatively recent development. "People forget that when Steam launched, there was a lot of backlash from the core," he explains. Whether gamers' ire with Origin will ever peter out is hard to tell at this point, but between its support for crowd-funded games and the soothing, curative powers of time and hindsight, the hardcore crowd may have to eventually find something new to hate. Then again, EA has been wrong before. [http://www.escapistmagazine.com/news/view/113956-EA-Makes-Nice-With-Activision-and-Modern-Warfare-3]

Maybe so, but steam offers me at present the better service of the two, so I will stick with that.

If Origin can prove it can be better than Steam, and not trying to constantly excuse itself, then I may think of switching.,

Agreed with the above, I have nothing against origin, and if I didn't need it to play my Bioware adventures I wouldn't even bother. There's just no real reason for choosing Origin over Steam.

The difference is that Steam was the first serious digital distribution network. They made plenty of mistakes.

Origin has the benefit of a decade of Steam's mistakes, yet they continue to make *EXACTLY THE SAME ONES*. They're even managing to make the mistakes that Steam managed to not only avoid, but explicitly called out so that other distribution networks would be able to benefit from those experiences.

That's the problem people have with Origin: This is the year 2012, and they've produced a service that isn't even as good as Steam was *when it launched*.
1

The thing is this EA. If you want to compete you have to engage in a price war. If we can buy EA games at your store for 5$ less than Steam or in retail you are going to get the market turning towards you.

If you stop with the constant fucking phissing for data with Origin then people might trust you better. It's fucking ridiculous EA I had to install origin on a portable HDD just so you wouldn't stick your nose in my business.

What if you actually try offering bonuses to buying games on origin, like 10% off future DLC if you buy here. Save up EA gold with purchases to spend on games and discounts.

In other words fire your entire fucking marketing department and hire people with IQ's higher than 1.

EA's answer to every criticism: We didn't do anything wrong, YOU'RE all just haters.
And ENTITLED ones at that!

Origin is run by EA, Steam is run by Valve, it's going to take a hell of a lot to get me to even consider using Origin.

Oh, and exclusives aren't going to persuade me EA, not if the last couple of years is anything to go by.

No EA. We don't like you because you somehow manage to sound both Apologetic and Pretentious and uptight, like we're emitting a bad smell you don't want to be around.

Now for the last time, stop talking and let your actions do the talking for you for once.

Your unnecessary prodding and baiting of the gaming crowd is nothing but irritating at this point. We don't like you, you need to wait 6 months for it to die down and just talk about your good points to the right people and let THEM convince us.

Yes, Steam had alot of issues at first, but developers using it and it's improvements let people flock to it eventually. They didn't have to do press release after press release except within it's own community to try and improve the service.

Try talking to the people actually using origin and asking what you can do to improve their using it. This needs to be your focus for at LEAST a year.

Edit: I hate dyslexia some days.

kinda sounds like their grasping at straws to me, since they've already said they will never be as good as steam because they won't have the sales steam has, that, and coupled with the fact they literally have nothing i want to play further hamstrings them for me.

still, it's cute how they insist on pretending they still matter for anything OTHER the EA games

But Origin had Steam to learn from.
Steam was one of a kind when it was released, and here comes Origin strutting in after Steam is active for - what - 6 years? And Origin somehow still fucks shit up.
R

I'm still trying to figure out what EA thinks Origin has over Steam. Casting exclusive games aside as both sides has those, Origin currently has a platform that has, less games than some of the most obscure distributors, has a history marred with accusations of being spyware, shady policies, and overall generally poor customers service.

What reason is there for me to include Origin as a distributor that I purchase games from when I can go look on Steam, GamersGate, Greenmangaming or Getgamesgo and probably find what I want, cheaper?
V

EA, the hardcore crowd are never going to be won over. Your best bet is to keep pushing it to the Battlefield crowd and hope you can build some sort of loyalty from them.

You'll fail, but at least the rest of us won't have to listen to you pontificating at us about how terrible we are for not liking your sub-par product. 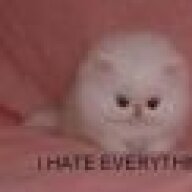 Do you remember in the scene in Rocky where Mickey was yellin' at Rocky for not trying hard enough, and how Rocky countered with saying Apollo was an underdog once too, so just calm down and Rocky will eventually be the champ if he just waits long enough?

No? Good, because that scene never existed because that's never how underdogs become successful. And right now you are so underdog there are paw prints on your forehead.

Being competitive isn't just doing the exact same things the champ did seven years ago. It's forcing the champ to play the game a whole new way.

Change? Significant? Valve has a good 7 year+ head start on that stand. And yea, 9 years ago, we didn't have HD TVs or I Pad, we didn't even have Blueray. Times have changed and what was once scary and new has become common place in every day life. It took them a while to get to where they were, earning trust amongst publishers and developers. As others have said there were bumps along the way, but garenteed almost all PC gamers have Steam now.

Origin however just feels clunky. I've downloaded the client because I was suckered into getting SWTOR back late December. I just for the hell of it booted it up and it's rather a mess to navigate. The games and their demos are on the same page, along with ALL their DLC so it's a bit of a jumbled mess. Let us not forget that at the present Steam has several hundred games at their disposal, while Origin has a fraction of those numbers, if even that.

Another thing that I can tell more or less from Steam, against Origin, is the actual ability to build communities straight from the client. Orginizing groups and friends with ease.

The only thing Origins has against Steam are it's "exclusive games" which only until recently wern't exclusive, but EA figured it wanted all the pie instead of a good chunk of it.

1337mokro said:
The thing is this EA. If you want to compete you have to engage in a price war. If we can buy EA games at your store for 5$ less than Steam or in retail you are going to get the market turning towards you.

If you stop with the constant fucking phissing for data with Origin then people might trust you better. It's fucking ridiculous EA I had to install origin on a portable HDD just so you wouldn't stick your nose in my business.

What if you actually try offering bonuses to buying games on origin, like 10% off future DLC if you buy here. Save up EA gold with purchases to spend on games and discounts.

In other words fire your entire fucking marketing department and hire people with IQ's higher than 1.
Click to expand...

there are so many things they could do (as mentioned, have origin exclusive mark down's on items if you buy dlc through it or have your games purchased through them.) but they are just too damn stubborn and run around with their head cut off, while spouting superiority to piss customers off even more.

When STEAM launched, my friends and I hated it with a fiery passion.

It sucked ass, and was pointless.

steam at least works pretty fine, despite some flaws that you cant use it if your not connected to the net.
plus, steam at least has discounts and using paypal works. origin on the other hand doesnt have these options. they say it supports paypal but it doesnt work at all. and ?A will never have discount. they are tooooo greedy.

Sober Thal said:
When STEAM launched, my friends and I hated it with a fiery passion.

It sucked ass, and was pointless.
Click to expand...

And it got fixed. In fact, it became seriously awesome. Origin on the other hand didn't even try to learn from Steam's beginnings and instead went ahead and screwed the pooch from the get-go and is still nowhere near running out of lube, it appears.

No EA, this is not about rough beginnings. It's not even about service as such. It's about what's behind Origin. You are. EA. Your constant and endless dick moves (like making games exclusive to Origin in the first place) keep alienating the "core" gamers. As long as you keep it up, anything tainted by your vile and filthy presence will be considered just as vile and filthy.

Considering those fairly serious drawbacks, Origin's failure to be a half-way decent digital distribution platform and games manager lands it somewhere right beneath diphtheria on the scales of desirability.

I know you're in quite deep with Origin at this point. All that money spent on it and all that PR and shit. Still... just give up. I know you don't want to. I know you want to pretend that we don't know you're evil and largely a significant detriment to gaming in general. It's just not going to happen. Cut your losses right now, fall to your knees and lock your kisser around the southern regions of Valve, praying for a good deal on distribution. Long and short term that'll earn you both more money and more respect from the 'core' gamers you want to pilfer money from.

LOL!!! All this did was remind me to check the latest Steam sale!!!!