​
Two teenagers learned a painful lesson about messing with a man's DS during a bungled robbery of an internet gaming center, when an enraged nerd herd finally decided that enough was enough.

To the eyes of a couple of masked teenage tough-guys, the PC Gamerz [http://www.pcgamerzhawaii.com/news.php] gaming center in Kaneohe, Hawaii probably looked like a soft target. It was late at night, with only a handful of customers hanging around, none of whom could reasonably be expected to stand up for himself in a confrontation. The assailants came in loud and hard, attempting to intimidate their victims; they viciously sucker-punched the clerk twice, then began yelling at the customers, demanding their money. Most handed over whatever they had.

One of the robbers then made the mistake of approaching a man named Hays.

Beyond the range of the security cameras, the thief tried to take a Nintendo DS belonging to Dylan Hays. But Dylan Hays really likes his Nintendo DS. "He wasn't having that, so he came back swinging," said Devin Wolery, the unfortunate manager who took two nasty shots to the face. In fact, Hays seemed happy to tangle with both the attackers until Wolery jumped in to lend an assist.

The pair managed to escape the surprise ganking with the help of a third man but Wolery had tripped an alarm before Hays got his can opener out, so all three were quickly arrested. Police don't encourage this sort of behavior, according to a KHON2 News report [http://www.khon2.com/news/local/story/Gamers-fight-back-after-robbers-target-PC-Gamerz/WMy-MNzMI06S172O3OfJTg.cspx], but as Hays explained, every man has his breaking point, especially gamers.

"We're gamers, we've been immersed in that culture where like we all want to be Superman. You know we're missing something partial in our brain that says, 'Yeah, this might be dangerous'," he said. "I mean it's Devin's place but it's also ours, like this is where we come to hang out."

Whether poor Devin felt any bitterness over the fact that his customers were more willing to fight for a Nintendo DS than they were for him was unknown at press time.

This man is a great hero. He deserves a 3DS a week before launch date!

Seems bullshit that the suspects were released "pending further investingation"

How much more evidence do the police need?

Nerd rage at its finest.
E

I would definately fight for my DS. Nobody has the right to just take my stuff. I dont care if it ends in bloodshed (although I wouldnt want an innocent hurt because of me). Ive always felt that no mugger would take my stuff without a fight.

How much more evidence to the police need?
Click to expand...

It happens all the time dood...the cops just don't want to see the two cute lil budding sociopaths get raped in "real" jail while they await trial.

That and most stations can't be arsed.

The suspects were released?

There were like, what, 9 eye-witnesses plus video evidence? How much more do they freaking need?!

Anyway, props to the guy for fighting back. 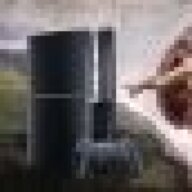 you don't mess with another mans hardware 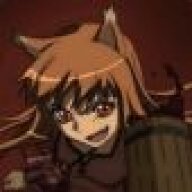 How much more evidence do the police need?
Click to expand...

Glad I'm not the only one thinking that. I mean, they practically caught them in the act, and there is a freakin' video tape of it happening, what else is there?!

But yes, I'm glad the guys were at least caught, and got owned by the 'victims' in the process. 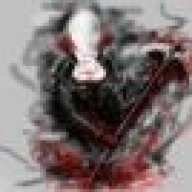 This sounds absolutely ridiculous, but strangely awesome at the same time.

How much more evidence to the police need?
Click to expand...

WHAT!
Is it just me or do the police departments just seem to have the intelligence of snails at times like these.

This story makes me feel so happy...

Hahahahahahaha. Losers. Don't mess with a nerd and his DS. It's almost as scary as pissing off a woman. 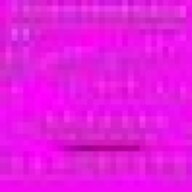 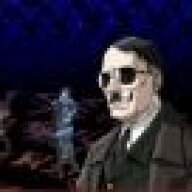 They should have stabbed them with the stylus, that would've been funny. 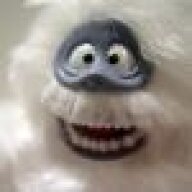 Good for them, *****-ass punks like that need to be taught a lesson, even weekly, till they get the point, crime does not pay in the long run.

Nice parenting job too mom and dad of would-be thieves, you're just what this country doesn't need.

anyone think its strange that i kept thinking some1 needed to grab a blunt object to strike them with? or maybe a chair? 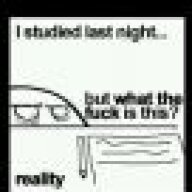 Good bit of news to start the week...=D
F

Andy Chalk said:
The pair managed to escape the surprise ganking with the help of a third man but Wolery had tripped an alarm before Hays got his can opener out, so all three were quickly arrested. Police don't encourage this sort of behavior, according to a KHON2 News report [http://www.khon2.com/news/local/story/Gamers-fight-back-after-robbers-target-PC-Gamerz/WMy-MNzMI06S172O3OfJTg.cspx], but as Hays explained, every man has his breaking point, especially gamers.
Click to expand...