Dansen said:
Not to mention the fact that his reaction completely goes against his personality.
Click to expand...

The dialogue here is something that Calvin would say, Hobbes wouldn't care about a stupid game.
Click to expand...

What about Hobbes filtered through Erin's mind?

I never read these since I don't find them funny, but I clicked because of Hobbes. I saddened to find that the writers never understood the character and just crammed him in here.
Click to expand...

*sits down with some popcorn as well*

Hopefully, we won't have to break out the Bacon and Hobbes comics again to calm everyone down...and cause them to cry manly tears.

Well, CRAP! I think Calvin is the Captcha now!

who wants to try and get LoL on XBL JUST to watch the fireworks, cause I do
Click to expand...

You have roused my curiosity. It must be done...For SCIENCE!
Click to expand...

*hides the bags of jiffy pop* 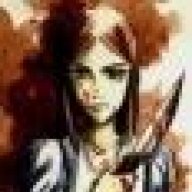 I can't figure out where to put this, so... comic idea. Since I assume I'm the only one here who's ever watched Citizen Kane(much less enjoyed it, you Philistines) how's this. Roger Ebert in the midst of dismissing gaming. He refers to his favorite movie ever, Citizen Kane, as evidence. Erin with secret knowledge. Knowledge that would make any pretentious git commit suicide. The great, gaping, Death Star sized plot hole that is the iconic "Rosebud" death scene(look it up, seriously hilarious). Roger Ebert's soul shrivels up and dies. End comic. What say you?

*hides the bags of jiffy pop*
Click to expand...

Hey, nobody ever said science couldn't be entertaining.