dangoball said:
Very good episode, that's why we like you Jim! And also because you are our lord and savior, of course.

Oh and that opening sequence where baseball bat and CM:A met, can someone turn it into a gif? Pretty please?
Click to expand...

I am terribly sorry to burst your bubble,

but there was not baseball bat.

Closer. See it jiggle and wiggle with bloodlust and joy.

See? That ain't no baseball bat.

no problem there Jim, i almost never preorder anything anymore anyway. This generation has pretty much left me feeling disappointed, so I don't just throw money at things. can't, to many shity games out there
Y

There would have to be quite a few more stinkers like ACM before people stop pre-ordering. Especially as long as they keep doling out pre-order bonuses.

I liked Bioshock 2, but Bioshock 1 and Infinite are made by Irrational Games. Bioshock 2 was made by various studios, not including Irrational games.

The only game I preordered in the recent years was Orcs Must Die 2. I'll be damned if I ever preorder an AAA title. Seriously.
Y

I almost never pre-order games. I see no point in taking a risk like that on something I can't return.

Damn right Jim! The only reason this video didn't inspire me to cancel a bunch of preorders is because I already saw TotalBiscuit's video and that's when I canceled all my preorders.

...Oh and I think I kept Pikmin 3 as well because it's fucking Nintendo. Say what you like about teh marioz, but Nintendo has never buttfucked me with online passes, DRM, unfair DLC, and flat-out lying to customers like Gearbox did recently and EA did with BF3's release (you PS3 owners enjoying your free copies of BF1943? No? EA didn't fulfill that promise and didn't tell anyone they weren't going to until after everyone bought the game and wanted to know where their bonus was?). The worst thing Nintendo's ever really done is delay games an awful lot and overcharge for the 3DS, resulting in a price drop with a really really REALLY crap "sorry, here's some shit NES and GBA games" apology to try and make up for the fact that early adopters wasted $80 and had nothing to play between launch and the price drop, but the latter is a reason not to preorder new hardware anymore, not new games.

I don't remember anyone complaining about Dragon Age: Origins extremely misleading trailer... Why wasn't that there instead of clips of DNF?

I liked Bioshock 2, but Bioshock 1 and Infinite are made by Irrational Games. Bioshock 2 was made by various studios, not including Irrational games.
Click to expand...

I'm still gonna wait until a couple months after launch when the price drops a bit more into my affordable range, and see how the reception is for it. It looks great but things have looked great before. 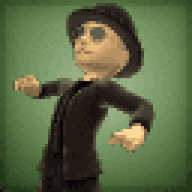 Stopped Pre-Ordering a long time ago. I personally don't see the point. It's not like you will be getting it years before anyone else. And the "Exclusive" content usually comes out as a DLC after a month or so.

The one thing I will say about season passes, is that you can wait until all the content is released then buy it at the season pass price if you still want it. Because they don't seem to disappear from the market place, it's what I'm doing for Borderlands 2.

We usually get games a few days later in my country, so I can cancel a pre-order if it turns out to be soooo universally bad it's not funny. But with Aliens: CM there was a silence on reviews until after release, so I couldn't do that. That said, I am still okay with what I paid for the collectors edition, I really wanted the statue and I got a really great deal on the game anyway (Managed to get it for less then a standard copy cost) but still, I have been more wary in recent times due to practices like this. 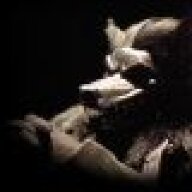 As a long standing rule of thumb, I wait until the game is $30 and under before I buy it. Hell I waited until Dark Souls only cost me $12 before I played it.

Because I have loved all the Ninja Gaiden games since the NES, I decided to pre-order Ninja Gaiden III. What a piece of crap.

Is this stuff even legal? Take Colonial Marines for example. The demo showcased literally showed something different from what was delivered. Gearbox was selling this lie through pre-orders. That sounds like fraud to me. It's like selling someone a red car but delivering a black car to them.


The only developers that I absolutely trust are Ice-Pick Lodge and ACE Team. Neither of them take pre-orders. They have enough faith in their own games to sell them when they exist. A developer who takes pre-orders is saying that they don't trust their games to succeed purely on their own merits.

Fuck it, Jim nails it again. Ive been guilty of some preorders in the past that were underwhelming, Resident Evil 6 springs to mind, ive had some good ones too but nowadays i'm gonna hold back until its out before i order.

Unless its a Tales game ofc... 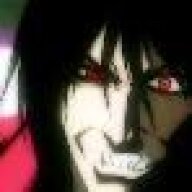 So am I the only one who has never been burnt hard about a game he was hyped for? Seriously the closest I've ever had was god of war 3.
J

This is a small thing that really has nothing to do with the points being made, and I agree with everything Jim said, but I'm going to nitpick... when you said "I don't pay for my meal before I eat it," well... you do a lot of the time. Take out, ordering food like pizza, and other fast food are all about paying for it before you actually consume it. Only in restaurants do you pay after. Has nothing to do or has no effect on the message, but yeah, I wanted to be an ass about it.

Jimothy Sterling said:
I don't pay for a meal before I've eaten it.
Click to expand...

There are countless situations where you pay for food up-front. That doesn't excuse the completely stupid practice of pre-ordering games, but it's a completely nonsensical statement.

Also, does this position also apply to the Kickstarter funding of games, Jim? That's a kind of pre-order with even less certainty, where you may not even receive any product.

Plus, the games I've preordered are from Japan, theres already videos of the final product but in moonspeak.
Click to expand...

I'm in the same boat. 90% of what I pre-order is out of NIS, Atlus, XSeed, Aksys and Namco. Every single one of those games has been out in Japan for at least 3 months before it makes landfall on US shores. I know every single detail about the game months before I actually pay for it. Hell, I could watch a youtube playthrough of half of them if I wanted. The text wouldn't make a lick of sense, but I'd see how it plays and have some feedback from the player.

I also think Japanese developers are a lot more honest and open with their product. Even non-niche stuff like Metal Gear Rising, which I also pre-ordered, has gotten tons of video and coverage of what is obviously actual gameplay from all over the game.

That isn't to say all of them show at least some semblance of integrity. Square Enix has been incredibly duplicitous this generation with the fake gameplay footage of FF13 before it launched and the over-priced, shitty DLC for 13-2. Then again, Square Enix is basically Japan's EA/Activision. Konami's been kinda iffy to, but not nearly as bad as some.

Legion said:
I completely agree with this one, but the sad thing is that there will be so many who don't. Who for some bizarre reason think you can't "really be a fan" unless you take everything they say/promise as Gospel. Or if you do point out that they are doing anything wrong you will be told that you are "Just trying to be cynical/edgy."

I am not sure why gaming seems to be exempt from so many basic consumer rights and advertising laws to be honest. Or why people seem to think that it's okay to be like that.
Click to expand...

"Cynical/edgy?" Well at least they're not calling me "entitled" anymore whatever that ended up meaning.
Click to expand...

Maybe that's old school, but back when I started on here, they were the current negative buzz words. I think that was partially due to MaxTheReaper being a self proclaimed sociopath though...

Now it's all about the entitlement and whining, which was actually more relevant to what I said I guess. People think you are acting entitled if you expect a game to be released without any major bugs in them. Or if you expect characters that would have once been unlocked by beating the game on the disc rather than a DLC you have to pay for.
Click to expand...

Exactly. I realized that many gamers had no idea what "entitled" meant when I was complaining about New Vegas constantly crashing my ps3. If I pay $60 for a game, I AM actually "entitled" to a complete game that works... or in the case of Aliens, the game that was advertised.
Show hidden low quality content
You must log in or register to reply here.
Share:
Facebook Twitter Reddit Pinterest Tumblr WhatsApp Email Link
Top Bottom