Microsoft Exec on Always Online Consoles: "Deal With it"

Church185 said:
That guide that I posted explains it better than I did in my post. The point I was trying to make is that people naturally assume that building a gaming PC costs a fortune, when really they are only hearing about the most expensive rigs.
Click to expand...

There's something to consider though, the need for more processing power has been somewhat held at bay by the limitations of the consoles strangling how much developers can actually program a game to do. The mere introduction of the next gen systems may create a significant advancement in the average machine's capabilities and render mid-low level machines moot.

They're pretty darn good on the price point and I've found their customer service to be superb.

You want always on?
YOU CAN'T DEAL WITH ALWAYS ON!!!

"Unnhhhhhh, #dealwithit", Jesus Christ, he sounds like an angsty teenager.

I don't want Always Online. I actually go offline on Skype and Steam to get privacy every once in a while. I don't always want other people around. Not to worry, though, there's almost no chance I'll ever be leaving the ranks of the PC master race, as it's called. I converted, and I say it's better, and less bullshit like this.

weirdguy said:
any more outbursts like that and we can ride microsoft's stock price all the way down space mountain
Click to expand...

I LOVE the Space Mountain ride! But it sounds like a ride on Mr Orth's "Deal With It" Always-On-Coaster would be about as much fun as the "It's A Small World Ride" extended to last 6 hours.

And does he realize that many gamers have played on his company's console without any internet connection whatsoever at some point in their ownership? And it didn't hinder my enjoyment of the system one bit when I first bought it. All I owned at the time were single player games, but I think my point is still valid.

That being, not everyone wants to always be connected to everyone else when they play games. 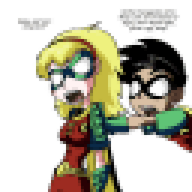 You're joking right? It's as if you're complaining about the people concerned about this without actually understanding their concerns.

Yes, people living in metropolitan, suburban and downtown areas have easy and constant access to varying data speeds at any and all times. However, those three types of areas are not the entirety of the USA's (maybe even a few other countries) real estate. A large portion of the US is small town and rural country. It's only been within recent years that some small towns are getting the option to purchase constant internet connections. The connections themselves are not the best. I know an area in North Augusta in which all cable and internet access is provided by Comcast. If there is so much as a strong breeze, all connections go out for a while. If a storm comes through, you're talking a 24+ hour downtime.

There are still some rural areas that ISPs refuse to do any installations in. It was just two years ago that some of my family members actually gained the option of purchasing internet connection. Heck, a few of them have satellite because cable companies had no connections there. The internet connections they have now are crappy. I can't even consider streaming visual content when I visit them. Playing a game that needed a constant connection is impossible because the bandwidth just isn't there.

i love how every thing relating to the 720 is making me less and less inclined to get it. and i wasn't going to buy it to begin with XD

Your server service is really spotty. I guess I won't be buying any of your games anymore.

To not completely ream this guy, as everyone else has, this is also a perfect example of why industry people need to watch what they say in social media. 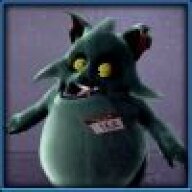 ... and with this tweet, Sony is doing a bit of quiet celebrating.

Couldn't have said it better myself. On the upside of this, they've made it very easy for me to decide which next-gen console I will be buying.

I don't understand how they could possibly thought that this was a good idea.

Captcha: poetic justice
I think captcha is looking into the future and seeing the nextbox absolutely flop due this always online bull shit.

Ghonzor said:
To not completely ream this guy, as everyone else has, this is also a perfect example of why industry people need to watch what they say in social media.
Click to expand...


Nocturnus said:
... and with this tweet, Sony is doing a bit of quiet celebrating.
Click to expand...

I think you mean Sony is doing a bit of anonymous emailing of the tweet to make sure game journalists see it...

The best part about the NextBox is that it's going to be the console that sits on the shelves at military bases, because they can't always get online.

I'm pretty sure he's being an asshole. Like he visualized how to be an asshole in his head and then he sped off to make it a reality. Not a bad job really.

If he thought he was being clever, well I guess there is something to be said about those who hired him.

Tradjus said:
There is absolutely no question, this man is about too be thrown under the bus by Microsoft.
He'll be fired, his family will be fired, everyone he ever knew will be fired.
Microsoft will violently and with finality purge every mention of him from the reality in which we inhabit.
Click to expand...

This made me laugh but it's scary since I'm sure if they really wanted to, they could do it.

I won't be surprised if they fire him but I wonder if they'll actually take the public's advice and make their console offline capable after this.

Not that I think he'd ever read this... but here's my response to Mr. Adam Orth and people like him who don't see why always online is a problem...

I have an Xbox 360 and I have it hooked up to the internet, I also have a relatively stable internet connection and though I don't play games online it's generally not a problem having my system always online. Except for one little thing...

There is a significant glitch surrounding Xbox 360 Copies of Mass Effect 3 that only occasionally shows up that no official fix has ever been released for. That being that the game will freeze while connecting to the "Alliance News Network" or something, it'll just keep trying to load it even though it will never load. The only solution I've found is to... GASP... DISCONNECT MY 360 FROM THE INTERNET!

Considering no official fix has been released Mr. Orth how am I supposed to play my game if the system is required to always be online? Your customer service people certainly haven't been any help since it's a problem with a 3rd Party product but hey, I found a first party solution that you apparently don't think I should be able to find.

Thanks for your time,

Pedro "I don't give a shit about multiplayer" Steckecilo

Gabe Yaden said:
Wow this got out of hand, He was joking around with one of his friends on twitter. Yeah it sounds horrible out of context, but he was honestly just making stupid statements and messing with his friend.
Click to expand...

Okay, he was jokingly insulting potential customers on the internet... I don't see why this shouldn't blow up in his face. He obviously knows that he has plenty of followers, he'd have to be a massive idiot to not think that this would lead to a shit storm. I don't care if you're joking, you don't insult your customers over the internet for everyone to see.

Besides, he has essentially confirmed what many were fearing about the nextbox. I suppose I should thank him for making my choice of next-gen console very easy. 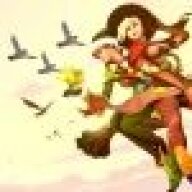 Church185 said:
That guide that I posted explains it better than I did in my post. The point I was trying to make is that people naturally assume that building a gaming PC costs a fortune, when really they are only hearing about the most expensive rigs.
Click to expand...

This is pretty much what I meant, I just guess its meaning got lost. I've always seen it as more practical to build the expensive tower as it last the longest. You have the ultra graphics for a pretty good time, and then you just ride it out through the next gen on the medium to high. Throw in a couple of updates if you might need, and it just seems cheaper. Like I said, it's just that initial upstart that's hard.

Hey Adam Orth, guess what? If I can't play games I paid for without an internet connection for even SINGLE player games, then I guess you lost a long time customer. Way to go there, #dealwithit.

Im already dead set on the PS4 to begin with.