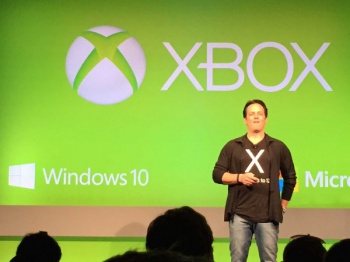 Microsoft wants to win back PC gamers with Windows 10.

Microsoft doesn't exactly have the best track record with its PC gaming fanbase (anyone remember Games for Windows Live? [http://www.escapistmagazine.com/tag/view/games%20for%20windows%20live?os=games+for+windows+live]). It shunned the platform for years in favor of the Xbox, but now, it has seen the error of its ways and wants to win back its PC gamers. "We've lost our way on PC gaming," said Xbox Chief Phil Spencer at GDC this year, as he asked us to give him a second chance.

"Xbox" no longer means consoles, said Spencer. It means "gaming with Microsoft." He said that Windows 10 will consist of a big push into the PC gaming sector, and is commited to building PC exclusive titles utilizing the newly announced HoloLens [http://www.escapistmagazine.com/news/view/139553-Microsoft-Windows-Holographic-Augmented-Reality-Holograms-HoloLens].

Best of all, PC gamers can look forward to a future where they can interact with their console brethren seamlessly.

"The way forward, then, is in changing how Microsoft thinks about its customers: They're not people who play games on Windows PCs, or tablets, or consoles. They're customers of the Xbox Live service," said Spencer. "That means that games can and should work across multiple devices, with the same friends list and the same high scores, and people should be able to play each other no matter what device they're on."

He also acknowledged that the existing Windows 8 App Store hasn't exactly been a smash hit - even for Microsoft-developed apps - and is looking to rework it completely for Windows 10.

This just sounds like they're trying to make pc users pay for xbox live.

1. This sounds awfully familiar. Remind me: how many iterations of "We really love our PC gamers" have we gotten from them now?

3. I'm not so sure I want to be a customer of the XBox Live service. Tell you what. You show me a decent service that doesn't force me to use the language of the region I'm physically in and allows me to make purchases with a military overseas billing address, and then we'll see.

They keep saying this crap and then they do nothing about it. This is news in the same way that Ubisoft releasing a game in broken condition is news.

Thise was my thoughts exactly. They are kidding themselves if they think is gonna get people rallying around their banner. SteamOs is looking like an actually option assuming Valve makes it happen

This is like the FIFTH time they've "recommitted" to PC gaming.
My memory isn't that short, MS. Time to sing a different tune.
V

Steven Bogos said:
"The way forward, then, is in changing how Microsoft thinks about its customers: They're not people who play games on Windows PCs, or tablets, or consoles. They're customers of the Xbox Live service,"
Click to expand...

No one is a customer of the Xbox Live service unless they bought an Xbox and have no other way to play online.

They've been saying this shit for years. This is the same sort of bull they were talking about with Games for Windows Live. So not only do they never learn, they don't even remember the last time they did this. 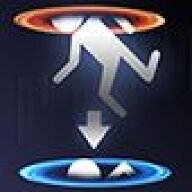 This sounds like a rehash of GFWL thrown in with Xbox live.

"They're customers of the Xbox Live service"

so... They want us to pay sub fees for things that steam offers for free?
L

Sounds like this is how the "free Windows 10" is coming into play. "Free" with a X-Box Live subscription.

not really 'news' in ether event

just the same song and dance from them we've heard before. 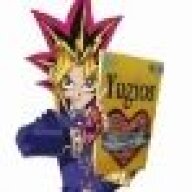 I played a GFWL title exactly one time. I started it, went through the pain in the ass sign up; then played for 2 hours until the game crashed and reloaded it to find my save had been somehow corrupted. Never again

Weren't Microsoft talking about "The Cloud" around this time last year?

What happened to that?

I don't understand why Microsoft has been so bad with PC gaming. It's gone from strength to strength in recent years, and has entrenched their de facto OS monopoly quite nicely. So what have they done? Released another console to compete with the PC, paid for exclusive titles to not be on PC, and shut down GFWL, ruining a number of PC games. It's like they're trying to snatch defeat from the jaws of victory. Maybe they've woken up at least. Maybe.

Easiest way to get back on track with pc gaming:

1. Don't fuck with our ability to play games on computers (no subscriptions, no walling things off to the store, no GFWL etc).
2. Makes games (and put effort into ports)
3. Release on Steam
4. Profit
5. Repeat

It's not like they need to reinvent the wheel here; there's already a wildly successful system in place on that platform that supports everything they wanted the xbone to be as far as publisher control is concerned. They can even add in support for that overpriced 3d webcam they call the kinect, if they want, but it just can't be mandatory. If they really wanted to embrace the platform, they'd start letting you use microsoft points with the games they release on steam and allow purchases for the xbone to carryover to your steam or other installation.

It wouldn't hurt if they made some dev tools available to aspiring developers to help them make pc games rather than just going "here's C++, have fun." And while I'm talking pie in the sky stuff, I sure would love to see them add an xbox 360 emulator to windows; considering it already exists as part of the dev kit you'd think it wouldn't be that hard provided you can meet minimum system requirements (what's the point of directx if you have to specialize every installation anyways?).

Let's see the execution of this. It could be alright but odds are the x-box live mentality is going to turn off people like me who have never paid for a subscription service in order to game.

I just want them to ignore PC gaming entirely. Except for DX, it always ends up worse when they get all eager and try to insert themselves everywhere in my gaming experience.

Maybe release some XBone exclusives on PC. On Steam or some other /existing/ store. That's it.

Even if I bought into the load of bullshit they're spewing (for the umpteenth time), they still lost me by saying I'm not a PC gamer but rather an Xbox Live customer in waiting.

No. Fuck you Microsoft. I paid for that shit service for too long when I still used my 360. I have absolutely no plans to pay for it ever again. Nor do I plan to ever suffer it's abysmal quality of service again, even if you make it free.


Callate said:
You lost your way? Fine. Great. Then stop trying to lead.
Click to expand... 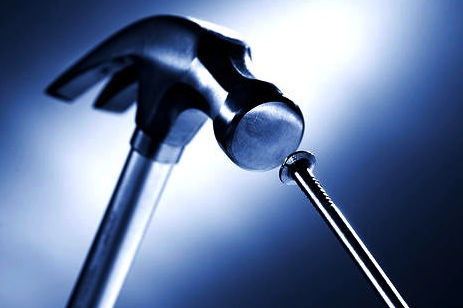 The thing is, big M, PC gaming has gotten to its current, comfortable niche- independent-happy, digital-distribution-friendly, mod-community-supporting- not because of you, but despite you. Occasionally, jumping significant hurdles that were largely there because of you, a trend you do not appear to fully appreciate, given this DirectX 12 thing.

You'd like a piece of this, now? I'm sure you would. Do you understand that it's not your fucking place to come in, now, and try to run the show? Tell us all how it's supposed to be done? Try to force us to do everything through some kind of new marketing pipeline? Make every new indie game compatible with the XBox One controller?