Poll: Is batman a superhero? 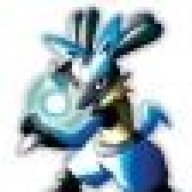 Being a superhero is all about making it your life's goal to save and protect innocent people and stop criminals from getting away with anything, not having superpowers. Batman and Iron Man don't have superpowers, but they're still superheroes because they make up for it with several metric fucktons of highly advanced technology and fighting skill.
The only reason people think superhero = superpowers is because almost all superheroes are able to do what they do because of their powers.

His superpower is his ability to be possibly real. Let's see Superman try that. 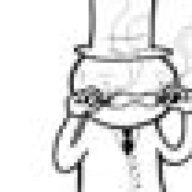 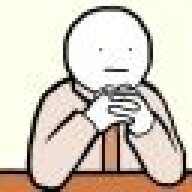 He's OBVIOUSLY a super hero! I mean, a hero is someone who does a righteous act, like stopping a mugging, or saving Mary Jane from falling thousands of feet to her death. Not just once though, possibly multiple times. A super hero is someone who almost makes a living out of fighting crime and saving the world. Batman has saved the world! Well... Okay, he saved Gotham City a lot. But still, he saved Gotham City A LOT. You don't have to have super powers to be a super hero either. Maybe Batman doesn't have laser eyesight, but does Spider Man have a Batmobile? No. Does Super Man have Batarangs? Not even. Saying that you can't be a super hero without super powers is a load of silly billy bull crap.

Of course he is. Being able to fly or laser beam eyes doesn't make you a super hero.

But really, think about this: If Batman isn't a Superhero, since he has no "natural" powers, by that logic, Lex Luthor isn't a Supervillian, because all of his power stems from his intelligence and money.

Double A said:
But really, think about this: If Batman isn't a Superhero, since he has no "natural" powers, by that logic, Lex Luthor isn't a Supervillian, because all of his power stems from his intelligence and money.
Click to expand... 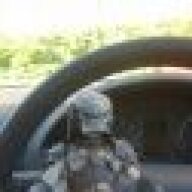 in terms of powers ok....but DUDE ITS BATMAN! Slap that ***** frind u got in the face!
He is like one of the godfathers of heroes......he set the foundations for super heroes to exist in the first place.
He is SUPERhero just by being SUPER awesome! Its a pop culture thing. . . . . batman will forever remain with us. WHen some punk ass kid gets super powers he wants to be like batman, not Chuck Norris!
W

Superman is a superhero Green Lantern is a superhero , batman and iron man are heros, rich ones with cool gadgets at that, but all the same, heros with no supernatural powers just training

note- he has gadgets and training yet james bond isnt a superhero, what makes batman and ironman any different except a costume

To me the Super part of Superhero usually infers superpowers, even if that is a power of being crazily prepared. But those aren't Batman's "powers" because he has none, he has attributes. He is better than the average person but not a "Super" so I don't think I'd call him a Superhero, but then I'm not certain enough to call it one way or the other so whilst I lean towards no I wouldn't rule out yes.

EDIT: Rethinking it, the Super part could also be referring to the level of heroism or villainy. Kinda like this (in a very brief description):

Ordinary guy - Just an ordinary guy.
Hero - Maybe a firefighter or a local hero.
Superhero - Someone who regularly performs miraculous things like Batman or the X-Men or any other number of "Superheroes"

So with the edited description of Superhero, the answer is yes. Maybe it just depends on how you define the word Superhero?

Well no I don't think Batman is a hero given the choices he makes sometimes. I see him more as an anithero than a hero but given the context that is meant here he is a hero.

I actually agree with that. Superman isn't anything special, he's just a completely average person horribly out of place. If he grew up on Krypton, he may well have been beaten up for his lunch money at school. That's like the Saiyins on Earth, of course they're stronger than Krillin- they're comparing Watermellons and grapes. Krillin and Batman are the largest grapes in the world but of course Superman's bigger by mere fact of being a not particularly outstanding watermelon.

He's trained in a ridiculous amount of disciplines so that he has no match in the world.

I'd say he's more of a superhero than Superman. Look at it this way; superman is pretty much invincible. Standing infront of a bullet isn't heroic because it'd do jack shit to him anyway, he has powers that make him dangerous. That isn't heroic.

Heroic is doing that type of thing knowing all well that it'd kill you.
Click to expand...

Why is that whenever Superman is brought up people complain he's less of a hero because of shit like this. Sure Joe Average with his 9mm isn't gonna wreck Superman's shit; but Brainiac, Darkseid, Mongul, Doomsday and General Zod are Superman's equals at least. Its all relative.


They're both superheroes, and along with Wonder Woman (my personal fav) are the core members and founders of DC's Justice League

I measure super by one's actions and achievements, not the abilities they are gifted with. Someone without powers can be a superhero like Tony Stark, Clint Barton, Bruce Wayne or Oliver Queen. Likewise people with powers can be ordinary people just trying to get by.

UnwishedGunz said:
can he hold his own against superman??
Click to expand...

yes, yes he can. He has actually beat the ever-loving shit out of superman about six times at this point... Hell, the guy has a database on how to kill/disable every hero and villain in the world, including himself(not to sure on that bit)yeah, batman's a superhero, what else can you call him?
Click to expand...

im gonna go with the joker and say hes a nut in a suit, not to say i dont like batman
hes awesome. its just i think there are better superheros than him
E

If any of the Batman series were "superheroes" they would need super human abilities.
Batman on the other hand is not he is a "vigilante" a person who follows some of the hero code and some of the law's code.
E

In some way non-"superheroes" like the punisher, iron man, or batman are super because they up hold the law like superheroes but don't have powers. So their a vigilante.

I'd group both Batman and Iron man into the "Gadget Hero" types, with a caveat that both are extremely intelligent and use their intelligence and ability to do things that could be considered superhuman. But neither is a "superhero" per se. Neither has inherent superpowers. Batman comes close with the body abilities of Olympic-level athletes and his detective ability. One could say his superpower is to never be surprised by anything another hero or villain does- he's planned for all of it, and has a plan in place to deal with it, and 20 more if that one doesn't work.

Of course, it's kind of moot at the moment. Bruce Wayne is dead in DC continuity, and Dick Grayson has taken over for him, with Bruce's son Damian (the little snot) as his Robin, but I am confident this will change the next time DC wants to shake up the Batman titles again. Awaiting a DC Retcon in 3... 2...
Show hidden low quality content
You must log in or register to reply here.
Share:
Facebook Twitter Reddit Pinterest Tumblr WhatsApp Email Link
Top Bottom