I got that the other day as well, it was quite unnerving. Like you I just refreshed the captcha until I got something different, but still I don't think the Escapist should be hosting captchas like that. The ad captchas are bad enough. 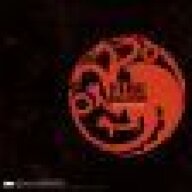 Alright, since I don't need a webcomic to get snippy about our opinions here it goes: *ahem* Godhand was never good and is always put in top ten lists to make the lister look edgy or cool with gamers; Skyrim was one of the best rpg experiences I've had in ten years and people making hyperbolic, contrarian opinions to garner attention is always annoying.

This should be one of the tags for the next Critical Miss strip.

Damn! Beat me to it. Yeah...that was my first thought, also.

Not sure if it's an unintentional biting of the feed hand, a parting shot or the best damn example of irony EVER.

I stopped playing Okami early in the game after the game told me I needed to draw a moon, so I opened the drawing thingy and started drawing circles. Nothing happened. Twenty minutes of frustration later, I talked to a random fucking NPC who TOLD ME HOW TO DRAW CIRCLES - at which point the game allowed me to draw a circle and summon the moon (or maybe the sun, I don't remember because I rage quit and gave the borrowed game back to its owner).

Before anyone tells me how much better the game gets - I don't care. I long since returned the game to its owner and will not be borrowing it again no matter how awesome anyone tells me it is. I didn't like it and have no intention of returning to it. I also don't like Zelda games (any of them), which Okami was clearly attempting to imitate.

Um, well, I kinda agree with the comic on this one. You shouldn't list Skyrim in a top ten for it's mods - it isn't Skyrim that makes the mods good, it's the modding community that makes Skyrim good. Just sayin.

I got that the other day as well, it was quite unnerving. Like you I just refreshed the captcha until I got something different, but still I don't think the Escapist should be hosting captchas like that. The ad captchas are bad enough.
Click to expand...

They shouldn't be hosting captchas AT ALL. If a person has been registered and posting regularly for LITERALLY YEARS, it's a safe bet that they're not a spambot and should no longer be treated as such. And they know it. The Escapist is getting paid off to use these, and now they're getting paid off by actual spammers. They've gone over to the dark side, and there's not a damn thing I can do about it short of call them out until they get paranoid and ban me.

This should be one of the tags for the next Critical Miss strip.
Click to expand...

Haha! Hopefully not, I rather like the comic most of the time.

Are you a journalist, sir?

That was some skillful out of context text selection

Sir Shockwave said:
I felt the same way with the lists The Escapist itself has been putting out lately, and am very surprised you guys were allowed to put this up, which is itself a criticism (guess what got top spot of the "Top 25 RPG's of the last 25 years" list?). I mean really, Skyrim? Here's a shortlist of RPG's better than Skyrim:

The list goes on. It's about as nonsensical as - Iunno - putting goddamned Freespace 2 in 5th place. Unlike that one however, it just speaks of so much wrong on so many levels.

*Yes, I know the Story didn't go the intended direction, thus making ME2 almost entirely pointless. They still hold up as games though (which one does is a flamewar for another day).
Click to expand...

Unless you're talking about some article from a while back, most of that list is invalid since the article from this week was about the top 25 RPGs of the last five years, not twenty-five. That pretty much leaves you with Mass Effect 2, which is on the list.

Taking a dig at a 3 year old game, eh? Sure you don't want to also mention the ending to Mass Effect 3 while we're hitting these topics at the peek of their popularity?

I think the comic is more a shot at the Escapist staff listing Skyrim as the best RPG of the last 5 years, than just ripping on Skyrim itself. It's certainly a quality game, but for many it lacks depth to be truly great. Personally... I haven't played it yet! I finally got the ultimate edition during the last Steam Winter sale, but after loading a few mods it started crashing every 5-10 minutes when outside. Kept playing for about two hours but eventually it became too much a nuisance. Maybe it would run better on a 64 bit OS, so I'm waiting till I upgrade that.

Anyways, does anyone remember that Jim Carey movie The Harry Truman show? My criticism with Bethesda though, since Oblivion, is that after a while I get this disconcerting feeling that I'm Harry Truman unknowingly living/playing in a reality TV show where everyone's in on it but me. Haven't played Skyrim enough to comment on it, but at least the more fluid NPC interaction/Dialogue helps a lot.

Smilomaniac said:
I imagine that people born in the 90's and early 00's like these lists, so they can find out about all the good games they didn't get to play back then.
Click to expand...

That just makes putting Skyrim on it even worse.

Doom972 said:
Mods can be considered a game's feature if the game was made with mods in mind[...]
Click to expand...

Can, but shouldn't.
It's essentially praising Bethesda for work someone else did. People who didn't even got paid for it.

Look at a different situation. Incredibly shitty game gets incredibly awesome mod. The game would stay just as shit as it always was and all my praise would be targeted at the developers of the mod, not those who made a shitty game. Why would I praise them for this?
Click to expand...

I didn't say that Bethesda should get praised for the mods themselves, but for making the game as moddable as it is. I don't know what your experience with modding is (I'm not going to make assumptions though), but it takes great effort on the developer's part to make a game moddable, and even more effort to bring it to Bethesda's standard. Not everyone will care about that, but for many people it means a lot. Just ask around the Neverwinter Nights forums.

I don't take issue with the Skyrim bashing since it is a pretty mediocre game, but ignoring modding potential when judging games is just silly.

Skyrim isn't a great example since the core isn't all that great, but with the two modern Fallout games, the mods absolutely needs to be mentioned. You can whine about making other people do the work all you want, but Bethesda still puts in a hell of a lot more effort than 99% of other game devs. Their games are some of the easiest to mod in all of gaming. The community is extremely strong and that shows. I'd take Skyrim over many games even if those games are superior to the vanilla version. Who did the work is relatively meaningless. It's which games are actually more fun to play at the end of the day.

You say "opinion" a dozen times there, but that goes both ways. "Best of" lists are completely opinion based anyway.

I can't help but feel like this is a jab at the Escapist community for that one time we voted Skryim LITERALLY THE BEST VIDEO GAME IN HISTORY. I still feel a little bad about that one.

Mcoffey said:
I've pretty much done nothing but Skyrim this week and I still wouldnt put Skyrim on a "Best of" anything list. It's good, clunky, junky fun.
Click to expand...

"Like a puppy pissing in its own face." Though at this point, it's not doing that; it's just rolling over and over. And it's so cute! Yes it is!

(The cuteness of a puppy is analogous to the world of Skyrim, in case you didn't guess.)
L

Dead Raen said:
Like, way worse [http://en.wikipedia.org/wiki/Alpha_Protocol]. On the spectrum of RPGs, Skyrim still rates higher than most.
Click to expand...

I love Skyrim as much as the next guy, quite possibly more, but let's not insult one of the most underrated games of all time. The fact that we'll probably never get another Alpha Protocol is a LITERAL WAR CRIME. The game play was sub-par but the story and characters are unmatched by game series bar Mass Effect and The Walking Dead. Not to mention it is one of the few games where choice actually mattered and would be recognised.

OT: Vanilla Skyrim is a decent game, with mods it has become timeless. Almost every complaint about Skyrim can be addressed with a mod, but yeah that is not something Bethesda get to be proud of. I do think that Dwarf Fortress' adventure mode has the potential to make for a fantastic rpg if people could share worlds with pre made quests. 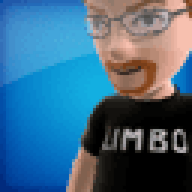 The Escapist: Alright, Grey, din dins... OW! OW! My hand! That hurt like a bastard.
M

You know, there's something to be said for a product's sheer malleability. Sure the base may not be all that great, but having it be as modular as it is, is definitely an accomplishment. 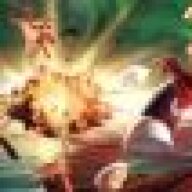 Theres not much any of us will be able to say/do on the topic of skyrim. It was built to be accessible and extremely easy to pick up and play in terms of leveling and choice of what style of combat you want or prefer. They pulled the old cater-to-everyone scheme, so everyone feels tickled pink to be able to do this and that. The only problem is, most of what it made accessible to everyone is still extremely shallow compared to the other games in the series. But who cares right? Accessibility always wins the argument in the end, even if they half-assed everything else. On the topic of mods though, UNTIL i find a Project Nevada Successor in Skyrim, Skyrim can stay dead and rotting in the gutter.

One: Godhand should always win, no matter what X is
Click to expand...

Erin, honey, you have a funny way to pronounce Deus Ex