A team compared the studies cited on both sides of the Supreme Court case against violence games and had some surprising findings.

In preparation for the Supreme Court case heard back in November on whether it was Constitutional to restrict videogame sales [http://www.escapistmagazine.com/articles/view/issues/issue_281/8356-Battlefield-Washington] as if they were guns or pornography, both sides prepared amicus briefs citing research that upheld their arguments. The State of California's brief - called the Gruel brief after the lead lawyer on the team - was signed by 115 people who believe that violence in games promotes violent behavior, while 82 people signed the Millet brief in support of the EMA's position that games are protected by the First Amendment. An independent group of researchers analyzed the two briefs and found that 60 percent of the 115 on the Gruel brief had been published in respectable scientific journals while that was true of only 17 percent on the Millet brief. Their findings therefore conclude that research that claims violent games cause harmful effects are quantifiably more reliable.

"We took what I think is a very objective approach: we looked at the individuals on both sides of the debate and determined if they actually have expertise in the subjects in which they call themselves experts," said Brad Bushman, a professor at Ohio State University specializing in communication and psychology.

Bushman also reported how many authors listed in each brief had specifically done research on violence in the media. Only 37 percent of signers of the Gruel brief had displayed expertise in that area, but it was even less of a ratio amongst the supporters of videogames in the Millet brief - 17 percent.

"The evidence suggests that those who argue violent video games are harmful have a lot more experience and stronger credentials than those who argue otherwise," Bushman said.

In the final piece of evidence put forward by Bushman's study, he found that if you only compare the studies published in more strenuously peer-reviewed journals, the anti-gaming Gruel brief has a staggering 48 times the number of "respected" studies in the Millet brief.

Bushman believes that if the nine Justices of the Supreme Court were to look at these statistics, they'd have to conclude that the Gruel brief is superior to the Millet. "We just wanted to point out to the justices that not all briefs are the same. In this case, the credentials and experience of those who signed the Gruel brief far exceeds that of the ones who signed the Millett brief," he said.

I have several problems with this logic. First, one cannot simply use sheer numbers to judge whether something is true. If that were possible, we'd all be forced to believe that Twilight is the greatest piece of art created in the 21st century or that the world was flat in 1492. The Justices are intelligent people and they will have to judge whether the research found in both briefs is sound based solely on the merits of each study, not how many of them there are.

Secondly, I think the discrepancy in numbers has more to do with how our culture funds such research. It is much easier for politicians to siphon public funds to pay for research to "save our children from the videogame menace" than it is for private advocacy groups like the EMA and ECA to conduct their own research. Plus, many scientists or researchers are reluctant to speak out in support of unpopular sentiments - like being pro-gaming - because it might impact their ability to receive public funds in the future. It's the same with research concerning marijuana - no scientist wants to be known as that "stoner guy" because then he won't be able to conduct research on other topics.

So, Justices of the Supreme Court, please take Mr. Bushman's study with a very large silo of salt and be sure to look at the agendas behind each and every study submitted for both sides. It's the only way justice will be truly served.

I'm looking forward to the decision, sources predict that we'll see it released in the next few months [http://www.escapistmagazine.com/articles/view/issues/issue_281/8356-Battlefield-Washington].

Science at this point hasnt observed children bieng raised to examine this yet. So nobody really has conclusive proof.

Since this is a scientific research problem, let me answer in a scientific way.
As with all those studies, you cannot claim causation based on data alone because there might be conflicting variables which interfere with the data, like here's one:

They say that the people who make "anti-videogame" studies have more experience. Yes, because they are older, and thus have less interest in promoting videogames, which is why they go the other way. With gaming as a young medium, of course the defenders will be younger, more inexperienced, and fewer in number. 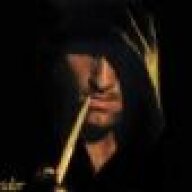 i do have to agree. quantity dose not equal quality. all "respected" means is that the research was done by a legit group of people that know what they are doing. that should be the standard not the exception. especially in a supreme court case.

As obsurd as it sometimes seems, that's academia for you. All that matters is your credentials. Where you've published. Who you've worked with. You could be a retard who has only been a lab tech, but managed to get your name on some popular papers in big journals and garner lots of respect...

Anyway, what's imporant is whether the tests were conducted following strict scientific code of conduct... We'll see what happens. 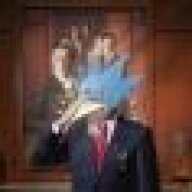 Sample size for this case: 197 people.
This court is not just jumping to conclusions, it's taking a red-eye transatlantic flight.

Ah the good old "the people on my side of the fence are better then yours" legal argument.

Its no wonder the statistics are so skewed when one side has a couple hundred more "studies" than the other side.

It is exactly the point which I made the other day - It is often in those cases that the research is made to fortify someones opinion, not to bring realistic results. Politics should keep away from science... just like Glados likes it.

Scientific study in the public sphere is grievously political.

So the old people have been spamming research journals? 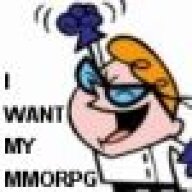 I predict that the anti-gamers will win by a landslide, because policitians (and the people that are supported by them) lack the spine to stand up against anything unpopular. Since gaming is demonised in much of the media the average (read brain-dead, drooling retard) person is firmly convinced that games are evil!

Policitians, as we all know, are in the business of getting elected. Running the country is only what the pretend to do. Since an election is simply a popularity contest of average (see above) people, politicians cannot afford to back RIGHT, unless it is also POPULAR. 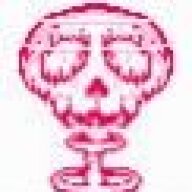 This just in: Survey Suggests Study Subject to Suspicious Scrutiny. 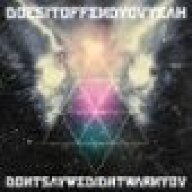 Well, this is hardly surprising. I've read some of the scientific literature, and violent videogames do cause some degree of violent behaviour - a literature review I looked at had the studies overwhelmingly on one side of the fence.

The thing I have a problem with is that the view that 'violent games cause violent behaviour' and 'violent games are protected by the first amendment' are not mutally-exclusive positions, and I don't see why the courts are treating them like they are.

I don't know, I honestly can't say I think this is the wrong approach to take, at least not entirely. I mean, they're examining the numbers, checking their sources, it seems like the reasonable thing to do. Not that this proves anything, but you still can't be entirely dismissive of it...
Show hidden low quality content
You must log in or register to reply here.
Share:
Facebook Twitter Reddit Pinterest Tumblr WhatsApp Email Link
Top Bottom