CD-R said:
I had a feeling this guy was going to be a video game character after all but I figured he was going to be the guy from Runaway. Since he looked just like him aside from the blonde hair.

Argued with my friend for days that this was Zelda (our first playthrough of it) and when the reveal finally hit he said something to the jingle of "Well, uh, fuck you."

I Want You To Hit Me As Hard As You Can

Now you're just messing with me, playing into my whole Erin Stout/Tyler Durden theory. Love it. So, she's either going full Fight Club, with being unable to distinguish when she's the watcher, and when she's the doer, or she can now see the rift in reality that is caused by game characters interacting with us. "We're going back in." This reminds me of Doomsday Arcade, and how real those characters became. Maybe a split between the two? That would be cool.
T

Why you cheeky little.... I did not see that coming!

But what has Zelda been doing all this time?

I feel like alot of people knew it was Link. I mean I always thought they were the same.

But the whole, just inside the head thing is probably catching people off guard.

Lol, I guess she really was hitting a brick wall.

I'm thinking that the reason the imaginary character's jaw was as hard as a brick wall was because she actually punched a brick wall. 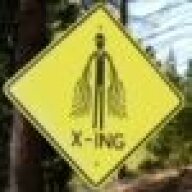 I fucking knew it!! Partly. Not reallly. But still. :I

Binnsyboy said:
Or, you know, the literal brick wall.
Click to expand...

That's actually really good. I wonder if Carter is a sophisticated enough writer to have actually meant that. As for who's apartment that is, I'm pretty sure it's just an abandoned building, hence the "Now leasing" sign outside.

Well fucking played. Did not expect him to be Link...

The first comment "mind=blown" about sums it up. But I WAS wondering what happened to Link. 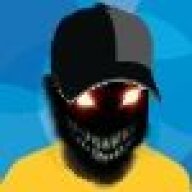 Dammit, I so knew that was coming!!!
God dammit, I should have already mentioned it as a crazy theory, and now I could have totally said "Ha, I told you, didn't I!?"
*sigh*
Whatever. Now I'll just have to look out for the next plot-twist and spoil that instead. :3 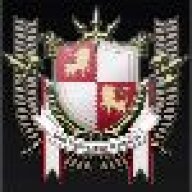 Okay, wild mass guessing time. Ever since the "Erin is hallucinating" arc started, there's been a niggling feeling in the back of my head that maybe, just maybe, the hallucinations aren't hallucinations, but some kind of aliens escaping through a rift in her brain. I mean, the name of the initial story arc was "Stowaways." That sounds less like she's imagining things and more like she's got something real taking a ride around in her brain. Plus there's <link=http://www.escapistmagazine.com/articles/view/comics/critical-miss/9010-Stowaways-Smash>this comic. I know it's a reference to a painting by an artist that Grey Carter is a fan of, but I wonder if there isn't a secondary meaning there?

Or the comic could just be about a woman slowly slipping into madness and depression. That's always a possibility. 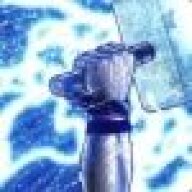 I can just see Erin pulling a full Tyler Durton. Muttering into her beer at the pub, then suddenly getting into a fight. Stumbling into an abandoned apartment building either too drunk or hurt to know or care. I'd suspect everything about her dangling out the window was all in her head, she was probably slumped on the ground under the sill....but then she just starts beating the wall until her knuckles are bloody.