Have people even SEEN how good this game looks visually? I'm amazed they're able to even get it running smoothly at 30.

It's literally the first game I've seen where I've thought huh that looks like a cgi cutscene. The visuals are jaw dropping.

Well dear Dana Jan you apparently have absolutely no clue how these two technologies work.
A 24fps analog camera recording still captures the entire 42ms time frame of movement which is why even if blurry things look very fluid. A 30 fps graphic rendering however captures a time frame of absolute zero so the entire segment of 33ms is showing a completely dead static picture, which is also why your game looks incredibly choppy.

Does it matter for everyone? Well sadly no, people who can tell the difference will see this as night and day, but those who can't or don't want to will never know there is something off.

Just like everyone else in the thread I suspect this to be a poor attempt to apologise for not being able to run it at 60, but honestly, I don't think I've ever noticed the difference between a game at 30 and one at 60. I haven't had a good opportunity to notice either, but that's not really the point. I'm just happy if it stays the same and is above 20.

LazyAza said:
Have people even SEEN how good this game looks visually? I'm amazed they're able to even get it running smoothly at 30.

It's literally the first game I've seen where I've thought huh that looks like a cgi cutscene. The visuals are jaw dropping.
Click to expand...

Apparently not. I'll take the improved visuals/physics and consistent 30 FPS over 60 FPS.
The PC master race are just impossible to please. At all. Ever.

Okay, time to drag people through a quick brain storm, based a little on guesswork and assumption, but it shouldn't be that far off the mark. (Feel free to check facts, though, I love corrections).

Back in the days of olde, when movie was a fresh new fancy medium, and for a substantial amount of time after that, movies were shot using long rolls of tape, on things called reels. As you might imagine, this could get pretty expensive, and I would assume they used some sort of audience to test how few frames they could have, without the movie becoming too choppy. 24FPS seems like a decent number, if the flicker fusion threshold is 17FPS (thanks gamespot). This would reduce the cost, since it would reduce the amount of film rolls needed.

Fast forward to modern day, the 24FPS has since then become a trend, so this is what movie makers assume the people are used to, and why mess up something that people are used to. I don't know what resolution or FPS raw film is shot in nowadays, but we most certainly have the technology to process large amounts of raw film without having to limit the FPS to 24, unless the movies are shot in 50k (which I highly doubt).
I reckon the films are shot in 24FPS as well though, to lessen the transition between raw film and finished product. It seems the whole "save money on production"-idea is still in the minds of movie makers, but that they keep applying this to the shooting of a film, in a time where the digital medium allows the shooting of 500 extra hours at the expense of a few GBs, is ridiculous. There shouldn't BE a need to resort to the old idea of 24FPS any more, because that was done to save money, and they don't use movie reels any more.

If it is done to please the elitist or retro crowd, then we have basically failed. We've practically stopped technological advancement because it doesn't suit a minority that thinks everything must stay the same, because of a crowd that thinks that's how it was done, that's how it should be done. Old-fashioned thinking for old-fashioned world.

To get back on topic, I personally love high framerates, the smooth movement of high resolution images, where every detail is crisp and clear. I can see the problem with technical limitation, but like people in the thread keep saying, hiding it as a gimmick when it very well could be a technical limitation is ridiculous, especially in a first person shooter, where movement and precision is key. It has been tested multiple times, higher framerate allows higher precision, because while the eye can't "see" beyond 30FPS (which is bullshit, I can easily see the difference between 30 and 60FPS), your hand "sees" a much higher fps, allowing for a much higher precision, especially first person shooters. Hand-to-eye coordination, so to speak. (I read an article on this a few months ago, I don't remember the wording they used).

How could they not expect people to call bullshit on this? Hell, even if it's true and they really believe it will look better at 30FPS they still should have lied and said it was due to technical limitations. At least you won't look incredibly foolish and incompetent that way.

Now considering that movies are beginning to move away from 24 FPS this reeks of PR bullshit.

OK, they might have made that outlook from the beginning, just like with 1920X800 resolution for certain effect but reality is that benefits were also important driving power.

Fact is power of a console is a final tally that everything has to add to. Reducing resolution and cutting down on framerate is a tradeoff to put more power into quality of graphics or whatever other thing they decide to use that power. It's a single player game and they decided that 30FPS is plenty good for that. It's not twitch shooter or driving simulation where smoothness of animation is of a crucial benefit for gameplay. I'm all about gameplay and atmosphere and framerate rarely adds to it.

Now, if we think from marketing perspective most media we look at games and advertisement do not carry 60fps images. There for better graphics and more details win over additional smoothness outside few genres which do benefit from higher frame rates. Smoother animation does add to experience, but if game doesn't include fast sweeping movements on regular basis effects are not really perceivable when not looking for it in heat of battle. And Order 1886 looks like it's designed not to include fast and large sweeping movements.

In conclusion, Fallout New Vegas was 30fps. Was it bad? Not by any merits in my book. I would like 60fps. I would like 120fps (and that will be needed for VR to avoid at least some of nauseating effect) but with power as finite resource and demand for power exponentially increasing with increase of resolution and FPS compromises will be made. Order could have been at 1920X1080 at 60FPS but game wouldn't look anything close to how it looks now.

TheKasp said:
How is it that other, better looking games can deliver on 1080p and unlimited fps?
Click to expand...

Bold statement, but just that. A statement. Please tell me which games this is?

MeChaNiZ3D said:
Just like everyone else in the thread I suspect this to be a poor attempt to apologise for not being able to run it at 60, but honestly, I don't think I've ever noticed the difference between a game at 30 and one at 60. I haven't had a good opportunity to notice either, but that's not really the point. I'm just happy if it stays the same and is above 20.
Click to expand...

A good way of seeing the difference is to play a game at 60fps for a hour or two, then switch to a different game running at 30fps. That difference will be massively apparent for about 5 minutes, then you'll get used to it and stop noticing. 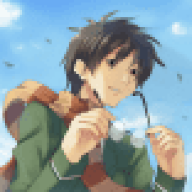 They announced that the framerate will be consistent. Fantastic. No further questions.

I can agree with what they were saying about the whole 'discovery channel' thing. I hate watching movies at 60 frames per second. It's creepy. It looks like it's moving too fast. ESPECIALLY with animated features. It just jumps straight into the uncanny valley.

But, this is a videogame. Not a movie. 60fps is the only real way to play a videogame. If the framerate gets locked to 30 for non-interactive cutscenes, fine, so long as the end result doesn't feel like a jarring loss in framerate. Which it probably will. So if they want to create a cinematic experience, it has to be 30fps all the way, even in gameplay. Which makes me wonder why they want to create a 'cinematic experience' in the first place.

I do get what they're saying, a game going for the cinematic look they want would look awful at 60fps from my perspective. But they should have just made a movie.


Also, weather or not they CAN do it or not doesn't even matter if they don't NEED to. That sort of taking advantage of limitations has been around ever since Mario was conceived entirely via limitations, it isn't a bad thing.

You just proved my point about the pc elitism.
The Order is ps4, compare it to its peers on the same system.

Regarding the last 5 year? Spend a few becoming an electrical power engineer, get a girlfriend, move in with said girlm and playing games on my ps3. Why? Does it have any relevance to the claim?
Show hidden low quality content
You must log in or register to reply here.
Share:
Facebook Twitter Reddit Pinterest Tumblr WhatsApp Email Link
Top Bottom