Sorry Yathzee but i have to say this review was pretty boring.
I mean your opinion was clear, the second borderlands 2 was just announced, but this goes for games like Modern Warfare 3, too.
In this one it is mostly the problem that you pretty much reuse some jokes about borderlands 1.
Well, everybody makes some bad videos, so...
P

NO, It's Borderlands 2, but you'll have to play the PC version to know the difference...

This game driving sux, yes, but that's all I can agreed up on....

I bet he didn't play through the game, and he obviously sux at it, because you will ONLY enjoy it if you discover the intricacy of the battle mechanics and how the skills WILL MORE THAN DOUBLE YOUR KILL RATE IF YOU COMPLEMENT WITH YOUR PARTNERS... wait... he solo play it... crap...

The game is made with passion, how many games ACTUALLY MAKE NEW FEATURES FOR NEWGAME+? this game does! some bosses.guns/enemies/mechanics DOES NOT SHOW UP ON FIRST PLAY THROUGH! Basically, the first game through is the game's(the game play part) Tutorial! so.. yeah, assumed he DIDN'T finished the first pass through... HE DIDN'T EVEN FINISHED THE TUTORIAL!~ good luck reviewing the game play at that point, story is not that bad to me either, but the game kinda "Tell" you the story rather than "showing" you... game play is AMAZING~ and you REALLY NEED TO THINK YOUR PLAYSTYLE to match your skills, this IS LABLED AS AN ACTION RPG, think Diablo, but using DOOM engine....
C

Elamdri said:
3 things I agree with:

one thing I think he should have mentioned: The farming aspect, especially red chest farming or farming Sanctuary for Eridum.
Click to expand...

Numbers 2 and 3 are valid, but thus far, everyone and their mother has called Yahtzee on number 1.

-You can't speak English and couldn't get the alternate-language subtitles to work, which obviously doesn't fit for Yahtzee.

-You are deaf and illiterate, because there's no other way that you could reach that point in the game and neither understand what's being said or simply understand the text being presented to you unless you were incapable of reading and hearing.

-You didn't play past the boss fight.

So...yeah. It looks like he simply didn't play past that boss fight, which was fairly early on in the game (comparatively).

Actually Pandora from Avatar was a moon, not a planet.

To sum up the video:

"I didn't like the first game, and despite almost every single other gamer knowing that it was pretty much Borderlands with some extra stuff, I decided to do a video anyway and spend the entire time complaining about all the things that I disliked about the first game, pointing out that the second game has them too."

Not saying that he should or should not like it, but considering his opinion on the first one, I don't think anybody was surprised he didn't like the second.


NoAccountNeeded said:
Sometimes I think Yahtzee lacks comprehension. Just 5 Minutes after beating that "too easy" boss it should be obvious why it was so easy.
Or did he stop playing right after that boss?
Click to expand...

He does frequently "miss the point" in order to make jokes, it isn't really that new. I don't mind it as I take his videos as comedy, but it does wind me up when you then get comments that say something like "Okay, now I know not to buy it" when they are not seeming to get that he doesn't review games.
I

I wasn't a big fan of 1 but I really like 2; enough to buy the season pass, in fact.

To all the people complaining that he didn't play multiplayer: http://www.youtube.com/watch?v=MkXob_0I9Ek 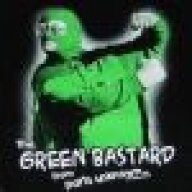 I enjoy the game, and that's good enough for me. Everything else is bollocks.

This is like the people who griped about Diablo III not being any different style-wise from Diablo II. 2K, like Blizzard, never promised anyone that they were going to change the game or the mechanics of the game, just that it would be a new adventure.

It's a good game. Don't blame the developers because your expectations were misplaced.
D

Thank God. Yahtzee still seems to be the only sane person left on earth when it comes to these absolutely putrid games.

I know looking to find your opinion validated on the internet is pretty lame, but it can sure as hell feel satisfying sometimes, especially when half the internet tried to kick you to death if you so much as mumble that you don't like Borderlands because it's repetitive and boring, and that comparing numbers to more numbers shouldn't be anyone's idea of fun.

Basically he just described most of how I felt about Borderlands. So this is Borderlands all over again sans the tentacled vagina-monster (I think)? I'm glad I chose not to bother, but I really don't get the appeal at all. The first game really was boring, pretty much a lot of what he said was very true; The pacing was ass, the vehicles were ass, the quests were ass, the interface was ass, the story was ass, the gun was ass, the shooting was ass, no matter what you did or how hard you tried to like it (and I tried so very hard) it was just a lot of unpleasant ass. I never got why people were so fond of the first one, it was an awful game, yes even in multiplayer since grinding with others is still just grinding.

Joriss said:
Never played borderlands because I totally suck at Shoot'em ups. Though I have heard some great things about it. And rpg elements in it?
Click to expand...

It's a "shooter" in the sense that there are guns and you have to point them, but one of the things I found in the first was no matter how good your aim (and my aim is really really good, pad or mouse) unless your stats are high enough standing right next to something and shooting it point blank will have you miss your target at least 50% of the time. Also the rpg elements seemed more an excuse for more grinding. Adding stats to a game to appeal to rpg players as opposed to a real rpg that uses guns (Mass Effect comes to mind) is just weak-ass pandering.

And speaking of pandering, all the memes they're shoving into games now, as if these things were funny to begin with.
D

Icehearted said:
Adding stats to a game to appeal to rpg players as opposed to a real rpg that uses guns (Mass Effect comes to mind) is just weak-ass pandering.

You take ZP seriously? ZP is all about Yahtzee's subjective view of the game and it's supposed flaws taken to an extreme for comedic value.

I'm glad some people got it. I see this complaint all the time. The fact that Angel is the one to tell you to stay, and she is the one who POINTS OUT the power core, should be enough to tell people that it was a setup. But even when the shields go down and you start to get attacked, some people just don't get it.
Click to expand...

Yeah I was surprised that he didn't get it either but people tend not to closely pay attention to things like that when they are dreading a game. I replayed games i've had negative biases about and found quite a few good things I overlooked cuz I was too busy being negative.

Stop taking ZP seriously. He's a comedian, not a critic. 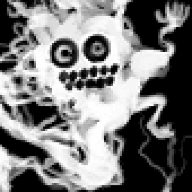 Non default game settings, whether use of co-op or multiplayer or fixing a control scheme, are like seasonings included on the side of a restaurant meal. While the food might taste delicious with them, if the meal tastes poor without such seasonings, it brings up the question of why such seasonings need to be added and weren't already added into the food by the chef, reflecting poorly on the food and the skills of the creator. On the other hand, refusing to eat said food when it tastes perfectly fine with salt and you have been told so beforehand is a touch snobbish and wasteful. Thusly, a review that mentions what changes to the settings or which modes to use will improve the perception of quality and functional quality of the game of those who purchase the game because of said review. However, if reviewers look at information before playing the game, then they will have more difficulty being objective, because the reviews and would flavor said reviewer's opinion of the game's quality.
So, while we can mention said reviewer should try the food with salt, pepper, or some precise mixture of honey, vinegar and ranch dressing, and he should mention it in a post review edit so that the reader doesn't suffer as much as the reviewer did, we cannot blame the reviewer for not knowing to try it with such a seasoning, and he has every right and responsibility to have lower opinions of the food as a result.

Really can't argue with anything that Yahtzee said about the game. In fact, all of those reasons were reasons I was extremely hesitant to buy BL 2 in the first place. I kept hearing people say "It's like the first game, but better" without clearly being able to define what "but better" means.

But god help me, I bought the game...and I really enjoy it. And I have absolutely no fucking clue why for either of those.

Personally I think the driving is just fine, its awkward at first but once you realise that you don't actually steer the car but rather point in the direction you want to go its pretty easy and effective (based on mouse controls).
Show hidden low quality content
You must log in or register to reply here.
Share:
Facebook Twitter Reddit Pinterest Tumblr WhatsApp Email Link
Top Bottom