rob_simple said:
People still seem to be under the illusion that the Wii was a success. In terms of sales, yes, but as far as gaming goes everyone I know stopped playing it after a couple of months and from what I've read on forums (mainly this one) most people now only use it for the VC or to play Gamecube games.

Do we have a price on the WiiU yet, by the way? Because I honestly don't see anyone other than the aforementioned Nintendo fanboys forking out large sums for a controller the main benefits of which are only accessed when playing with other people.

The Wii was new and exciting with a low price tag, which is the only reason it attracted a new customer base; that same customer base will have little to no renewed interest in a similarly shallow gimmick box.
Click to expand...

I can completely see where your coming from, and I think a lot of people did just abandon it but...well, I didn't, and I know a few others who didn't. It didn't market it's ultimate successes enough.

Here's my Wii library (off the top of my head, anyway)

Now, I don't know how many games per console the average person has, but I loved every single one of those games. And that seems like a long list to me. And I missed out on several games I wanted to try for the console just for financial reasons.

I DO agree that the Wii lost in terms of software sales, I'm just saying it didn't deserve to. Maybe Wii U will have better Marketing all around, Cause there were a lot of great, somewhat obscure titles for Wii that got pushed to the wayside.
Click to expand...

I definitely wouldn't dispute your list, as all the games on it which I've played I have enjoyed, but my enjoyment was marred by the fundamental underlying problem I've always had with the Wii: there wasn't a single game I didn't feel would have been improved (or at least made more enjoyable) by using a normal controller instead of forcing you into the 'will they work or won't they' motion stick waggles.

The Wii did have some unique titles that probably wouldn't have worked as well on other consoles, but the problem I found was that often they didn't even work on the Wii. If I could use Eledees (Elebits in the US, I believe) as an example: I thought it was a very fun and interesting little game but I eventually became frustrated and gave up on it because simple things like turning a door handle or faucet wouldn't work half the time even when I was doing the exact motion the game was telling me to.

I'm sure there are other people who will say they didn't have a problem with the controls but that is exactly why I think motions controls are a dead end for gaming: there is absolutely no way to guarantee users will have the intended experience because there are too many variables to take into account that a regular controller will never throw up and I see no way to ever overcome them.
R

I don't care what anyone thinks. My Wii is making sounds that effectively rip your lower intestines out when it runs discs and its warranty is expired. I'm getting the U.

Correction: You're being a child and using childish insults instead of having a good, reasonable discussion, so I'm not acknowledging your presence any more. You may as well not exist.

And it's your loss, not mine.

Have a fantastic few years! I suggest you prepare your apology in advance for when I make that thread, because if you do end up being wrong and the Wii U sells well, you're really going to look like an asshat. Whereas I lose absolutely nothing if it doesn't sell well.


Mimsofthedawg said:
I am. When I was younger, Nintendo was by far my favorite. They totally lost me with the Wii. Now I feel like they have a place under my tv again. And I so, SO desperately hope they make a come back with the core audience. They at least will make a come back with me! Hopefully I won't be disappointed.
Click to expand...

I have no ill will against Nintendo either way, myself. My first console was an N64 in fact.

I'd like to see them do something spectacular with this console too, really. Anything that can take gaming to a new level of enjoyment has my interest at the very least. I do think the Wii was a decent idea, just poorly implemented.

I guess we'll see! The Wii U has presented some interesting games at least. Remains to be seen if they'll capitalize on the technology they've created with a good roster of games.

Yeah, I wasted my time trying to explain reason to someone who is clearly much too biased against Nintendo to invest any time and thought into alternative ideas. I make very long posts trying to explain my point of view, so it drives me crazy when people get all pissy and insult me rather than trying to actually have a civil discussion.

Oh well. I guess he'll just get to be awfully embarrassed if he ends up being wrong, eh?

Thanks for being willing to read my massively long posts anyways!
Click to expand...

AzrealMaximillion said:
"Look it up on VGChartz"...You mean the same VGChartz that regularly has to fix their info because the NPD Group's numbers prove them wrong? Yeah, no thanks. And yes Nintendo has had issues with 3rd party support for a while, difference is this time the Wii was marketed to casuals specifically. The N64 wasn't marketed this way and neither was the Gamecube. And 3rd party publishers did try damn hard to sell their games on the Wii. I remember seeing a large amount of ads on TV, online, and at the movies for MadWorld and House of the Dead Overkill. Both games flopped regardless. Nintendo needs to back off of the casual market targeting because a lot of 3rd party games on the Wii flopped due to it. It's not just a Nintendo problem. This was a Wii marketing issue. At least 3rd part games had a chance at selling on the N64 and Gamecube
Click to expand...

You'd actually try to use two Sega titles to prove your point?
Click to expand...

Umm, yeah Sega actually sells a decent amount of games. I don't know what rock you live under but lately Sega has been making some scratch.

HotD Overkill was a bad game and didn't sell well on the PS3. Try a 3rd party developer like BioWare or Bathesda.
Click to expand...

BioWare and Bethesda haven't made Wii games, and I was using an actual pair of examples of Wii games that flopped instead of pulling two big companies out of my ass for a badly made counter argument. And to be honest as good as both of those companies are, Sega puts out one hell of a lot more games than Bioware and Bethesda put together per year.

Oh wait they don't even try to make games for the Wii, but wait BioWare is at least putting a game on the Wii U.
Click to expand...

They're porting a game that already sold. No risk there at all.

You could have tried using a game like Skylanders but that would have proved you wrong.
Click to expand...

Skylanders is a multiplatform game. Jeez look up the points you bring up because you keep eating your foot. That and Skylanders sold very well as it was the most profitable game at the beginning of this year [http://www.gameinformer.com/b/news/archive/2012/05/09/skylanders-toy-sales-exceed-30-million.aspx].That and Skylanders isn't a core title so one: what argument were you trying to make? Two, Skylanders is again, multiplatform so Activision didn't have to market it specifically for the Wii. Please make a better point.

The vast majority of 3rd party titles on the Wii are not triple A titles. Mostly due to Nintendos choice to not go the HD route until the Wii U, and that they have been a bit abusive to 3rd parties in the past.
Click to expand...

The vast majority of 3rd party titles on any console aren't third party... Yet the Wii is a special case because it can't seem to sell the more core 3rd party titles, triple A or not. That and "triple A games" is really a marketing buzzword that has a very broad definition. By all intensive purposes with the major amount of advertisement and hype that MadWorld had, it could have become known as a triple A franchise, but it flopped because it was a Wii exclusive. However, Demon's Souls sold over 1 million purely by word of mount, and can be now classified as part of a triple A franchise thanks to Dark Souls selling very well: http://thesilentchief.com/2012/03/09/demons-souls-dark-souls-sales-top-1-million-worldwide/

Now we both know that of Demon's Souls came out on the Wii as an exclusive that it would have flopped. Now back to MadWorld, Sega is trying the concept again under Anarchy Reigns as a spiritual sequel in the same guise as Demon's Souls to Dark Souls.Anarchy Reigns isn't coming out on the Wii In Japan it has already been released and has already sold many times over than MadWorld, which really helps my point about the Wii's marketing.

You keep saying that Nintendo's history in supporting 3rd party developers in its entirety has always hampered it but Resident Evil 4 when it was Gamecube exclusive sold extremely well before its ports.
Click to expand... 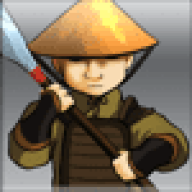 The guy has no cred on ANY house.

Frankly, I can't understand why the gaming press publishes every single BS comment he makes, which is all of them.

The guy has no cred on ANY house.

Frankly, I can't understand why the gaming press publishes every single BS comment he makes, which is all of them.
Click to expand...

Most likely because he's the only analyst who talks to the gaming media rather than just investors. I don't know why this guy gets so much hate, the analysts who do talk to just investors are probably just as wrong as Michael Pachter is (hell probably even more so), they just don't have their opinions posted in publications. Hell, someone had to have analyzed that the Cold Stone Creamery game for the Wii was a good idea right?

A bit redundant no?

Financially, it will probably be successful, though.
Click to expand...

I don't know about financially. It may be successful but not 'early Wii sales' successful. It'll be the most expensive console on the market with nothing to drag anyone's attention to it. Everyone skimps over the fact that there's no price for it yet and the very large possibility that Sony and MS will deliver a price cut to their consoles when the Wii U comes out.