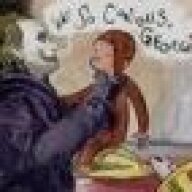 They don't. Saiyuki and Saiyuki Reload never had that happen, among others.

do i sense next week's topic?

Well... that was surprisingly weird, but also... kinda meh...
I mean the TMNT thing.

I never really was into that, but I guess there is something for everyone.

Nice to know about this sort of stuff though, although can't say I'm thrilled.
But good show

I had a TMNT toy when I was younger. It was Donatello and he even had a little boa staff. Then I tripped on him and cut up my kneel. WHY DONATELLO, WHY!? 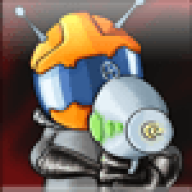 A Ronin Warrior knocking up a Digimon. Try and shake that mental image kids. Also, Bob still owes us a "Rain of the Supermen" episode.
R

When they turned in to their crystal form they looked a lot like wolverine... Only more greenish. 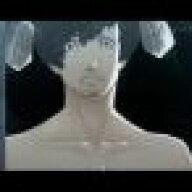 That was interesting to see, considering I was a HUGE turtle fan until power rangers came along it's nice to see what happen over on the other side of the ocean. XD

Wow, the Shredder looked TERRIBLE in those things.

You can further your quest into obscurity by visiting that site, where everything has already been uncovered there, instead of waiting for MovieBob to copy it.

ThatGuyWithTheShotty said:
I called it! I fucking called it!
FIRST!
*EDIT* AH FUCKING NINJAS!
Oh, and in the last episode I called this episode, that's what I mean.
Click to expand...

He said he was going to do it anyway after the credits, so "calling it" is rather meaningless here.


therockdemon said:
why do all anime heros have to turn in to robots its the one thing that really puts me off them
Click to expand...

Do you want me to go through the list of ones that don't or should we just not waste each others time?

OT: Having never been a turtles fan, forgive my dull enthusiasm. I guess I was never really sold on it because of the name. Teenage Mutant Ninja Turtles. Say it out loud and tell me it doesn't sound ridiculous. It's the same reason I never watched Biker Mice from Mars, because the name wasn't intriguing, catchy or interesting to me. I'm sure if I watched these, I might like them, heck, Pun heavy humour and mild violence are in Digimon so I guess I would like them, but it's that name. That damn name.

It's like going out with a girl who's called Arnold Schwarzenegger. It doesn't seem real, but it is and is awkward as hell.

Calumon: That name is just silly! XD Why can't we watch it?

Thanks Bob. I used to read the old TMNT graphic novels back in the day on long road trips to Tahoe. I thought it was awesome to see Splinter catch an arrow with his bare hand in one of those old books. Loved Casey Jones' old mask too... Had no idea they went all Gundam/Eva/Voltron and gave the turtles a blazing sword ultimate attack. Not really interested in checking it out after this episode, but that's weird man! Thanks for the heads up. (Damn I'm old.)

Thanks for sharing this BoB.

Was looking forward to a more in depth guide of the TMNT anime.

You can further your quest into obscurity by visiting that site, where everything has already been uncovered there, instead of waiting for MovieBob to copy it.
Click to expand...

And someone did it before him, it's a about a fifteen year old animation hundreds of poeple probably did it by now, plus the big picture has a whole bunch of topics that Nostalgia Critic never touched.

OT: This is why I don't like it when people complain about America ruining anything they get there hands on, because all the countries do it, most of the time it ends up crap no matter who grabs it.
J

I didn't know that Power rangers hurt ninja turtles' ratings, I know they did to Satam Sonic.

BTW the ovas are on youtube with english subtitles, you can see them here: 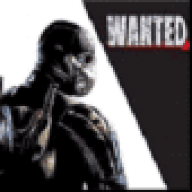 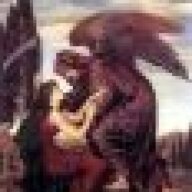 LadyRhian said:
They don't. Saiyuki and Saiyuki Reload never had that happen, among others.
Click to expand...

True, but so many do. Really randomly too, I just watched the first episode of GunxSword and at the end the villian and protagonist gets a huge mech out of nowhere. I was just sratching my head wondering, "Wtf?" Threw me off the series for sure.
A

Very nice! And can we have a Samurai Pizza Cats episode now?

The remake of TMNT (a few years old at this point) actually does have a lot of dynamic fight scenes and whatnot. It borrows very heavily from anime. The first couple seasons are particuarly good since they are mostly based around the good parts of the comic.
Show hidden low quality content
You must log in or register to reply here.
Share:
Facebook Twitter Reddit Pinterest Tumblr WhatsApp Email Link
Top Bottom