Link to the Legendary Engram Twitter is borked. EDIT: Fixed now.
Erin looks rather...serene for a person who's firmly tied to a hopeless addiction. 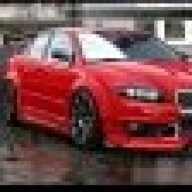 I told myself a million times, don't get on the "hype-wagon". Wait for the reviews, ask friends who own the game if it's good or not. Did I learn? no...Do I regret spending money on Destiny? yes

I'm addicted to the skinnerbox, what can I say? *snifffffff* Dude, dude dude, Ioncetotallygotthisepicengramandmybudswerelike"NO WHEH"andIwaslike"WHOOOOAH"soIhadittranslatedandturnsoutIcan'tuseitforanother10LEVELS!*snifffffff*/passes out

LenticularHomicide said:
Link to the Legendary Engram Twitter is borked.
Erin looks rather...serene for a person who's firmly tied to a hopeless addiction.
Click to expand...

The link should be fixed!

I probably would have bought this if it had been on PC. Dodged a bullet there I think.

Destiny? What's that?
There is only one drug out there.
Minecraft
[sub][sub]Please, someone save me from myself [/sub][/sub]

I'm trying to figure this out myself. The game is shite, yes? But the argument, whether legit or people just trying to justify wasting their money, is that it's really an MMO...but how does this excuse a crappy first showing? Even MMOs need to come out swinging if they want to be able to stick around. From what I've heard Destiny is more like...like a...wow I can't even come up with a funny or good comparison. Something limp and wet, like seeing The Flintstones when you paid to see The Raid 2.

Yep, pretty much the general impression I've gotten after a couple weeks of play now. I'm not generally so harsh in my critique because all that negativity requires energy (energy better spend farming for MOTHERFUCKING LEGENDARY ENGRAMS). It's been along time since I last played a game where the bare bones gameplay was tight enough to keep me going despite laughable excuses at story and a deep lack of mission structure variety. Additionally, group play is addictive, and I say that as an almost strictly single-player gamer. Jump in a clan, hop online with a buddy, and let the madness ensue. I know the general rule of thumb is anything can be fun with a buddy, but that's a known fallacy, a good team design promotes team play. So... Destiny exists in a strange purgatory. There exists the possibility that out and out gangbuster set of DLC will alleviate many, if not all of my concerns, but that DLC better be hella cheap, with an immense content/cost ratio to avoid another round of public backlash. Or perhaps we have an Assassin's Creed on our hand where the numerous sins of the original are corrected in the sequel.

...And Borderlands 2 is great!

blackrave said:
Destiny? What's that?
There is only one drug out there.
Minecraft
[sub][sub]Please, someone save me from myself [/sub][/sub]
Click to expand...

Thou shalt be glad thateth thee hast not fallen into ye trap known as tvtropes!

Even moreso that thee hast not yet read the ye olde butcherede englishe entry as thou canst no doubt discern I haveth, zounds!
W

What does cocaine smell like? Just out of interest.

Well glad i jump off the hype train when they started showing real gameplay. Save me some money best spent on Stronghold: Crusader 2

Ya...no it fails hard so I will pass. Its a MMO and I hate the grindy nature of MMOs without heavy customization a MMO is not worth playing. 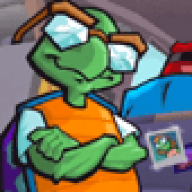 From what I've seen of it, calling Destiny an MMO is kind of a shot at MMOs. Like at one point they could do whatever and what could you do? They were the only ones of their kind. But these days the few that actually remain after launch usually have some stuff to them that doesn't make you feel like you're in a halfway house for junkies. Destiny looks like all the seriousness of Borderlands, all the finesse of Global Agenda and none of what anybody expected.

Weird. I kinda miss Global Agenda now. But not enough to re-install. :T

I get the feeling this is going to be remembered as the year of disappointing overhyped games, thankfully smash bros is almost certainly going to be good so this year won?t be a complete disappointment.

Dying_Jester said:
The game is shite, yes?
Click to expand...

I don't know anyone that has called it shit that has played it, just nothing special(except Dunkey, but that's his thing). The game is an alright shooter with lots of room to improve. Nothing to get into if you aren't already sucked in just yet, but it works if you already play it. 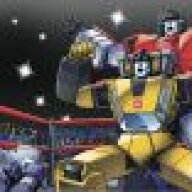 A galling lack of content for a $70 dollar game? Let's see....6-7 hour story mode and 10 multiplayer maps <11 if you're on PS4>? Sounds like...you know.....every Call of Duty or Battlefield game released in the past 5 years? I suppose all those are shite too.

Personally, I'm /not/ a fan of the latter two series, but I'm enjoying Destiny. Does it live up to the hype? No, but I find it enjoyable. Obviously, YMMV but let's not forget that the amount of content in the game is about standard for a modern FPS these days. That's a sad commentary on gaming, but true nonetheless.
S

Not to toot my own horn but... wait, I said that wrong. To toot my own horn, I saw this coming from day 1; I am flabbergasted that so many people bought into Bungie and Microsoft's bullshit.

What, precisely, about Destiny's eight-million fucking trailers ever suggested it was anything more than a soulless, design by committee checklist of popular MMO and FPS (The two most saturated genres in the modern gaming industry) elements?
Show hidden low quality content
You must log in or register to reply here.
Share:
Facebook Twitter Reddit Pinterest Tumblr WhatsApp Email Link
Top Bottom