The shifting sands of opinion. 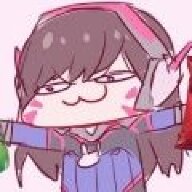 I was expecting WGDF and the shitstorm between white-knights and trolls :|

Maybe he is riding around in the Titan and we just cant see him?
He is there mocking us!

The excitement did die down awfully quick, huh?

So much for the next big thing.

Quick question, did they ever release actual sales numbers for Titanfall? I dont remember seeing anything anywhere outside of shaky vgchartz data.

shintakie10 said:
Quick question, did they ever release actual sales numbers for Titanfall?
Click to expand...

Peter Moore claimed 925'000 'retail copies' sold in America in the first month, although whether that's units sold to customers or SKUs to trade hasn't been elaborated upon.

Beyond that, silence, make of it what you will.

My hopes for a glorious thread of fire and brimstone... dashed...

OT: Not terribly surprised in all honesty. I am surprised with how quick the excitement went though.
R

RatherDull said:
I disagree that it is COD with giant robots. Cod is much slower paced.
Click to expand...

Battlefield lets you start out with tanks, boats and jets. CoD has dogs. We have Rinazook.

shintakie10 said:
So much for the next big thing.
Click to expand...

History shows again and again how nature puts right the folly of men that the "next big thing" almost certainly won't be.

Hell, if I had a nickel for every WoW killer or CoD killer on the market, I would have enough to fund my own studio and still enough to build a giant robot. Maybe not a good robot, but still a robot.

he's obviously trying to throw everyone off. He'll drop it next week with the Half-Life 3 announcement and Tupac's triumphant return.

Yeah, "COD with giant robots" doesn't really sell it to me.

That's the issue with designing anything around the "CoD with X" philosophy.

Because no matter what X is, it's still just CoD.

This is the industry as it is today. We heard about nothing but Watch_Dogs for six months leading up to the launch. The game has been out for merely a week, and nobody is really talking about it anymore.
W

Lvl 64 Klutz said:
This is the industry as it is today. We heard about nothing but Watch_Dogs for six months leading up to the launch. The game has been out for merely a week, and nobody is really talking about it anymore.
Click to expand...

That's what happen with "reviewer-chosen" GOTYs. Almost no one talks about Infinite or Gone Home anymore, even if supposedly they were "the Citizen Kane" of video games, and won a trillion awards.

also the new COD has robots, where does titanfall fit now?

God I keep forgetting that even came out, man the hype really died fast on that game.
E

Yeah, it really does annoy me how games can be slammed and called bad nowadays if they even have one or two things in common with COD. I get that we all hate that game, now can we ease up a bit?

canadamus_prime said:
Yeah, "COD with giant robots" doesn't really sell it to me.
Click to expand...

It didn't for me, because I associated CoD with a frenetic shooter on maps the size of your bathroom. I was happily surprised to see how large these maps were though.

Unfortunately, they aren't anywhere near the size of BF maps

Never before have I become so immediately bored with a game upon simply seeing it. I'm not surprised nobody cares about it anymore.

Achelexus said:
I was expecting WGDF and the shitstorm between white-knights and trolls :|
Click to expand...

Are you saying that you joined the site just to see that?

I thought it was bad enough that people who had been here for years were eagerly anticipating the prospect of another firestorm...usually the same people who complain about the forums descending into arguments and the death of civilized conversation, and usually not twenty-four hours later.