Worgen said:
I dont like the idea of stocks being dropped based on game reviews, I mean that sort of thing just encourages people to only make cod type games since those things sell stupid well or some other kind of gritty war game
Click to expand...

Auxiliary said:
They should have brought LA Noire to the PC as well. Point and click adventures are right up our alley.
Click to expand...

Seconded. I really want to play this game, but I'm between consoles at the moment...
Click to expand...

I am taking a short break from it to check the internets, It is pretty adventure-ish, but it makes more sense than pretty much all the old point and click titles. It does noticably lack the Noire feel I was hoping for. It tries, but it just can't do it sometimes. An example of this would be the time of most missions, a lot of Noire detective films take place mostly at night, or in the dark-ish alleys. I just drove down Sunset Boulevard in the middle of the day with a siren blaring. Don't get me wrong, it is still a good game, but if you are a fan of good Noire, like I am, then that will bug you.

I disagree about the movie comparison.

B) video games come out much more frequently than movies (comparing the constant stream of games from all publishers to the dozen or so massive movie releases each year that have a run in the box office).

C) the production teams behind large movies spend hundreds of millions on their films, and can afford to advertise their movies. Barring a handful of massive game companies, most developers simply cannot afford to make their game and advertise it for lengths of time. I mean, besides Halo, CoD and Pokemon, how many games even get T.V ad space?

Opinions on that stuff asside, it's a massive shame L.A. Noir didn't do better. I think the game is fantastic.

RedEyesBlackGamer said:
Games should not be treated differently based on how big the people behind the game are. That makes it sound like reviewers are scared to go against them.
Click to expand...

Finally! Someone else agrees with me.

I never played duke nukem and don't plan on it. Back in the days of the N64 I had a game called battletanx. It had 12 weapons, and the tank had room for all 12. The sequel, global assault, probably had 20. Again, the tank could hold them all. Both games had nukes as weapons. Both games. And I don't mean calling in an airstrike, i'm talking the tank literally throws the nuke out as if it's a grenade. There's even an air raid siren thrown in for authenticity. Also, I think if you want lots of weapons you should wait for goldeneye to go multi-platform. That's the game that has shit-tons of weapons. Also look out for new samdbox games like Arkham City and Saints Row 3, which has a people cannon. And don't forget skyrim, which probably has alot of projectile style spells. Also don't forget about serious sam 3. Don't lose hope is all i'm saying here. You've got plenty of games with crazy weapons to look forward to. 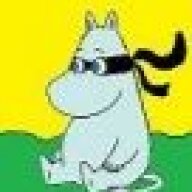 teh_gunslinger said:
As it stands the publisher has just managed to ignore a market that would be very happy to play the game. When I played the game I kept thinking that it would be less bad if I could just have some decent mouse control.

It really is a strange move to ignore a market segment that traditionally have been the home of point and click adventures in favour of a market that is traditionally the home of War of the Broses 2 and Bros Fighting Wars 4.
Click to expand...

Indeed, every time I see something about L.A. Noire I think to myself "Self, that sounds like a game you would probably enjoy. Too bad they don't actually want my money!". It doesn't matter how interesting a game sounds, I'm not buying a console to play it, because then my ability to play it would either be massively constrained by other people, or I'd have to basically get my own apartment and all the requisite additional expenses that entails if I was looking to duplicate the user experience I have right now with my PC, where I sit down and use it whenever the hell I want to because it's my PC; no matter how you look at it, it's simply not worth moving out of my current living arrangements just to play a game on my own terms.

Also I shall now be shamelessly stealing and re-purposing "War of the Broses", because that is hilarious (and oh so apt!).
Click to expand...

You are more than welcome to it. It's a great title. But I can't claim credit as I myself have shamelessly stolen it from the Idle Thumbs podcast. Credit goes to Chris Remo.

he used it in relation to the glut of bro games that hit the shelves with Gear 2 and Killzone 2. I found it very apt as well.

j-e-f-f-e-r-s said:
This is the fundamental point where we disagree. L.A Noire is doing better.
Click to expand...

No, no, no. I wish it was doing better than that.

I didn't expect (or think it was reasonably possible) for it to sell millions and break every record in the book. But I like the game and a lot of effort went in to it. Would be nice to see the makers rolling in reward money for their efforts.

I can dream.
C

TheIronRuler said:
Welcome to 'Scott Pilgrim Vs. The world ' investor hell.
THIS is the fate that awaits people that gamble their money.
Sometimes you win, and this time you lose.
It'll be a shame if they start chucking new titles from an already successful series just to get by and finish the month in the black.avoid finishing the year in the red.
Click to expand...

Yes but 'Scott Pilgrim vs the World' was actually good. It just wasn't popular.
Kinda the exact opposite of Duke Nukam actually when I think about it... 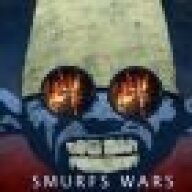 if you make bad games, your stock drops. thats how it is and should be.
(i didnt play either dnf or la noire, im not commenting on either of those) 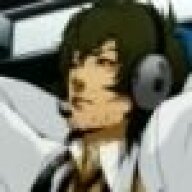 Auxiliary said:
They should have brought LA Noire to the PC as well. Point and click adventures are right up our alley.
Click to expand...

Seconded. I really want to play this game, but I'm between consoles at the moment...
Click to expand...

And this is why, aside from deceptive marketing (the actual story had fuck all to do with the Black Daliah you LIARS!!) and a derivative plot (Zero Punctuation's review wasn't kidding O_O) LA Noire sold poorly. Though in my opinion the biggest flaw was this:

Yeah, on PC this wouldn't have been an issue and could've been used to help stem the tide of negativity that obviously contributed to hurt sales to some degree. No one with half a brain is willing to risk their consoles with a single game, and if Rockstar had made a patch or something instead of plugging up it's ears and saying "Lalala Sony said there's nothing wrong either lala" the apprehension people felt would've gone away, thus helping the game sell.
They marketed it wrong. They wrote it wrong (personal opinion). They didn't secure consumer confidence.

...And Duke Nukem Forever isn't a bad game. It's a 6/10, just above average. It's blah gameplay with referential humor thrown in. Seriously, go look at it (on PC anyway)! It's not the 3/10 some reviewers are giving it (reviewers who most likely don't know their asses from their elbows unless it comes to anything involving mass appeal or behind-the-back "encouragement").
_The reason it didn't sell, to me anyway, is because it's just been too long, and Nukem is just not cool anymore. Not on a big, marketable scale anyway. I think the same problem would happen if someone made a new DOOM or Quake game, really.
It's a shame both games didn't do all that great, but from what I hear and see, I can get why.

Well, can't buy "L.A. Noire" until it's on PC. And I decided not to buy "Duke" since Gearbox announced it had DLC on the way, so I figured I'd wait until all the DLC was collected in another version of the game, ala "Borderlands." Of course, that might not happen now so I'll just pick up DNF when it goes on sale.
N

All the ads for Duke should had just been a guy asking, "Did you play Duke Nukem 3d and yearn for nostalgia?" Followed by if yes, here ya go, if not, you may want to try another game. 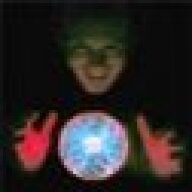 They deserve to lose stock value over Duke Nukem alone. Really, taking over a decade to make a mediocre to poor game is absolutely unacceptable.

Shame about L.A. Noire. I really, really liked the game. It was very fun. And I think there is so much they could do with DLC.