For the people wondering how this relates to now DLC being released...

Wasn't PSN down in Japan for several months after the tsunami? That's what I recall.

That said, it's still a pretty dirty move to release a UMvC3 without any cheaper alternatives for the owners of the original version
C

So since Capcom could have screwed us over worse we should be glad they chose to only screw us over as bad as they did. Here is an idea how about not being screwed over at all.


SuperMse said:
The tsunami in no way stops them from releasing this as DLC along with the disc based launch.
Click to expand...

Wait did the tsunami hit one of Capcom building or did somewhere in the flood somehow short circuit a important eletronic componment for the DLC? Otherwise I don't see how that is a solid reason for it (or mabe they donate a lot of money toward the donation instead of the DLC?).

What a bunch of crap. All that should mean is that the DLC would come out later than planned. Capcom, you are to blame for the lack of DLC because you decided to put it on a new disc rather than release it. The tsunami is just your pathetic excuse, just like the fans not doing enough was your pathetic excuse for canceling Legends 3. And I for one have had enough of this company and it's pathetic excuses for screwing over its customers.


starwarsgeek said:
So, originally, we would have been expected to pay $5 each and take up room on our hard drives. Instead of paying $70 (14 characters), we pay 40. Capcom makes more money because people won't pick-and-choose their characters, and we get a better price per character...especially considering the possibility of a trade in bonus.

Keep on trying to defend a company that doesn't care about you and is only screwing you over less than it's screwing over other former fans because people apparently want to buy more fighting games than platformers or adventure/whatever you would call Ace Attorney right now. Maybe someday someone at Capcom will read this and not really care at all that you stood up for them screwing people.


OniYouji said:
Is that also your excuse for AAI2 not being localized and canceling Mega Man Legends 3? Uh huh...
Click to expand...

Legends 3 is blamed on the fans, even though Capcom actively tried to keep the fans out of the project every step of the way. Last I knew they didn't even try to give a bullshit excuse for AAI2, they were honest for once and said "We're greedy fucks who would have made money from the game, but not enough money to fill a swimming pool with it so screw you fans, you don't get this game."

I'm fine with them releasing the new game on disk, rather than as DLC.

What I'm not fine with, is the obvious lack of any reward for the loyalty of those who bought MVC3.

Jerry Pendleton said:
It scares me to think that the folks at NetherRealm are doing the responsible thing be actually balancing the game and releasing additional content. In addition, when a new character is released, the offer a free patch with addition of free perks such as alternate costumes.
Click to expand...

If we're going by the prices for the DLC Characters in MK you're going to end up paying more in the long run, that is if they release more than 7 characters as DLC. I don't see how this argument makes sense. (no offense I understand where you're coming from)

And you couldnt just make the DLC?
Sounds like you just wanted to make moar money

and i can guarantee that Street fighter x Tekken will get the same treatment.

The big question in my mind is...will it be cross-compatible with the regular version?

and i can guarantee that Street fighter x Tekken will get the same treatment.
Click to expand...

Sooo... what's their excuse for SSFIV:AE not having challenge modes for the mere four characters I payed fifteen fucking dollars for?

Which is funny when you think that it would probably cheaper to buy the disk version than get separate DLCs.

Which is funny when you think that it would probably cheaper to buy the disk version than get separate DLCs.
Click to expand...

Which is funny when you think that it would probably cheaper to buy the disk version than get separate DLCs.
Click to expand...

Now you want to pay $40 for the same shit w/ different story (sorta)
Click to expand...

If we take each character for $5 that would mean $60. We live in a screwed up world.

The worse thing is that, compared to the SF4 series, everyone could see MvC3 as a bit of unfinished product, not to mention that some of the design choices made no sense (don't get me started on that). Add to that the game won't even be a full year old by the time UMvC3 drops. Even CoD and Madden have the good graces to wait around a full year before they drop a new installment of the series.

Foolishness, Capcom. Foolishness. If not for Vergil being in this, I'd have gotten rid of my original MvC3 and never looked back a long time ago.
T

Damn lairs and this is low blaming the tsunami. You're very lucky Vergil, FireBrand, Strider and Ghost Rider look like they're gonna be very fun to use in UMVC3. Yet you'll gonna catch hell if some certain characters don't get in the "arcade edition" of UMVC3 you got one more chance don't fuck it up Capcom. 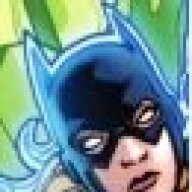 I dunno, makes sense to me. The tsunami could have interfered with releasing DLC on a regular schedule. Then, rather than pushing everything back, send it all out at once.


Wouldn't explain why it has to be on disc though. 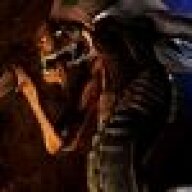 I think at this point it's safe to say that we should stop purchasing their new fighting games on release, and just wait 6 months for the real version of the game at 2/3 the cost. I've been screwed by this planning twice now.

I think many people seem to be forgetting how the DLC process works. Particularly in the case of the 360, every single piece of DLC has to be approved and verified separately, and developers have previously stated this isn't a quick process. If the development time was delayed due to the tsunami and things started running into eachother, it would make more sense to release it all as one package instead of in pieces. Of course, that doesn't mean Capcom couldn't still release the game as a single DLC package but that doesn't seem to be the debate here. It seems most people just want to be able to buy the pieces separately.

Yeah, I don't care what excuses they make. I'm still not giving them any more money. I wonder what they're going to blame the Arcade Edition of UMvC3 on when it comes out less than a year after this version.
Show hidden low quality content
You must log in or register to reply here.
Share:
Facebook Twitter Reddit Pinterest Tumblr WhatsApp Email Link
Top Bottom