Stop reminding me that I can't afford diablo 3 escapist!

DanHibiki said:
did the US even have Sniper units in WW2? I know Russians had some nasty bad asses who ranked up hundreds of kills and so did Germans and Brits to some extent but I think the US didn't have any Sniper units and mostly just let armored units take front or in the case of a lot of green soldiers "went prone and waited for German snipers to pick them off one by one".
Click to expand...

All sides had snipers in world war 2, but this was back in the days when stalking living people and blowing their terrified, shell-shocked brains out through a scope so powerful you can see whether or not they're married was considered a somehow unsavoury pastime rather than fuckin' awesome bro! so they didn't talk about it.. except the Russians who as you rightly said were totally into that.

Snipers in world war 2 would not generally be taken prisoner if captured.

It makes the current 'cult of the sniper' seem a bit weird, in context. Maybe we've not had enough wars with routine use of snipers by both sides.. 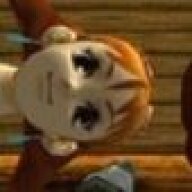 Oh! Boyo! What's your beef with the Welsh?

or should that be lamb? 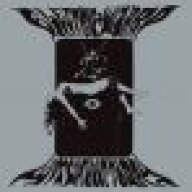 Marik Bentusi said:
Personally I thought the game was extremely dull and repetitive, especially with the unbelievable health regen making it really damn hard to die on any difficulty level. The gore shot gimmick is interesting at first, but after replaying a demo for some time you pretty much got the whole experience in my opinion.
Story is really bland (oh look we must stop the not-a-nuke), characters are pretty much nonexistent, it's invisible-wall-level linear. Tutorial took that up to eleven.
Plus the AI was so balls-to-the-walls stupid you basically got no enjoyment out of stealthily outsmarting them. At least in Thief: Deadly Shadows the AI was so stupid it was hilarious again, and if they found you they could still knock a considerable amount off your health bar before you can initiate countermeasures.

I like how they made sniping on harder difficulties a bit more skill-requiring and by extension more rewarding when you blow up a group by shooting a grenade like it's a pinto, but between that and the killcam novelty there was nothing about this game that struck me as worthwhile.
Click to expand...

Basically this, although I will add that the rigid enemy spawns annoyed me.
I spend 15 minutes silently clearing a bridge of nazis, lining up my shots to get the most kills per bullet, and waiting til the sound is masked by bombs, and what do I get? More nazis spawn out of a door when I am halfway across the bridge! I reloaded and tried waiting for them, I even tried to get their attention by shooting at the door out of which they were running, but no. They spawn when you cross the bridge. And it's like this the entire game!

For me that ruined the game. I love preparation and sneaking, and nothing makes me feel cooler than picking oblivious idiots off 1 by 1, but in this game, probably about 5-10% of my kills were the sneaky kind, and the rest were cover-based headshots of instantly by-default alerted enemies.

Also the enemy counter snipers. God, they are annoying. The only way to spot them is by taking a bullet from them, and then scope out the location the shot came from.

Myself from 2007 would have never conceived that someone, especially Yahtzee, would find relief from World War II games. I remember those things were such a curse on gaming, I refused to play a Call of Duty game after the first one. Times have certainly changed...
Y

That Scotty reference was kind of topical. They just shot his ashes and the ashes of about 200 other people into space yesterday from Cape Canaveral aboard the new SpaceX rocket. I'm sure he'll be up there beaming us all up in due time.

Yeah... I think you should probably get that looked at. 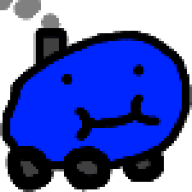 No mention of the testicles? He just keeps surprising, even after all this time.

I must say after seeing some gameplay videos of the game, the x-ray bullet penetration view invokes the same disgust that Mortal Kombat (whatever the newest number is) does with its x-ray views of bone breaking and internal damage. I'm so used to thinking that shooting an enemy in a game just spawns blood spatters and reduces hitpoints.

Funnily enough while I do enjoy the game, my biggest issue is one Yahtzee didn't bring up and that is there are a couple of missions it seems where the concept are sniping your way through a war torn city shifts to generic spy operations IE sneaking through underground bases, being forced the engage in CoD-style shot outs etc... They just aren't as plausible or fun compared to the missions that included large open landscapes.

Also for some reason I think the white protagonists sounds black (if that makes sense).

In case you're wondering what the Russian girl at the start of the video is saying, it's "I hate you."

Stabby Joe said:
Also for some reason I think the white protagonists sounds black (if that makes sense).
Click to expand...

Yeah, I totally got that feeling from the demo. The opening narration starts up, and I instantly assume I'm playing a black character, for what I think would be the first time in a WWII game, but then NOPE! Generic white guy. 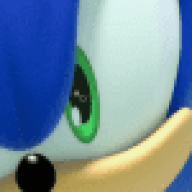 A friend of mine showed me some of the gameplay for this one. Most of what I remember about it stemmed from the fact that bullets ricochet off the pavement and bricks of the ruined streets of Berlin like Super Bouncy Balls.

I don't know if Yahtzee came across any of this in his run-through of the game, but if he didn't, it might be worth looking into - it's pretty hilarious, lol.

Yeah well while the Disney Princesses may be hot they aren't worth risking further scars to my brain for. 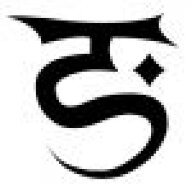 Great review as always, but I do want to point out that there was a difference between German soldiers and nazis. Most soldiers were consripted, and a lot followed the nazis because...they had no choice besides to flee. And most of said soldiers in the final days of the war were teenagers and old people, forced to be the last line of defence. So it's not excatly as guilt free as you first might think. 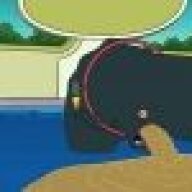 Yeah, Rebellion really does seem like a company that should have folded long ago. I guess as long as their games sell well, they can somehow keep going and I for one actually quite enjoyed Alien vs. Predator, even though I didn't find it very memorable as evidenced by the fact that I haven't really touched it since completing it two years ago.

Anyways, Sniper Elite V2. Uhm, well it looks very interesting. It has sort of an old school vibe (circa 2002) to it. I like it. I think I'll try the demo and then decide whether it's worthy of a purchase.